Christopher Nolan, one gradually realizes, is a mercurial director. Despite his outstanding talent and executive ability, he reveals his inconsistency in guaranteeing a cohesive line of power or genuine emotional charge in his films. In Memento , he showcased a fascinating idiom of story-telling- that film had inherent style, beguiling complexity and a powerful undertone of sentiment. In Batman Begins, he no doubt has to be credited with introducing a formidable brooding Batman ,but his overall story-vehicle lacked real sinew. Then came the nihilistic tour de force of the Dark Knight .But Nolan ,by unwittingly portraying the artist’s fallibility, got mired in the telescoping involutions of Inception. Nevertheless,I felt that he did have the directorial super-power to do justice to that movie’s complexity, which is why, to make amends, he had to not just make the Dark Knight Rise, but make him positively Tower past Gotham’s skyscrapers up into the very clouds. Would Nolan deliver this time? 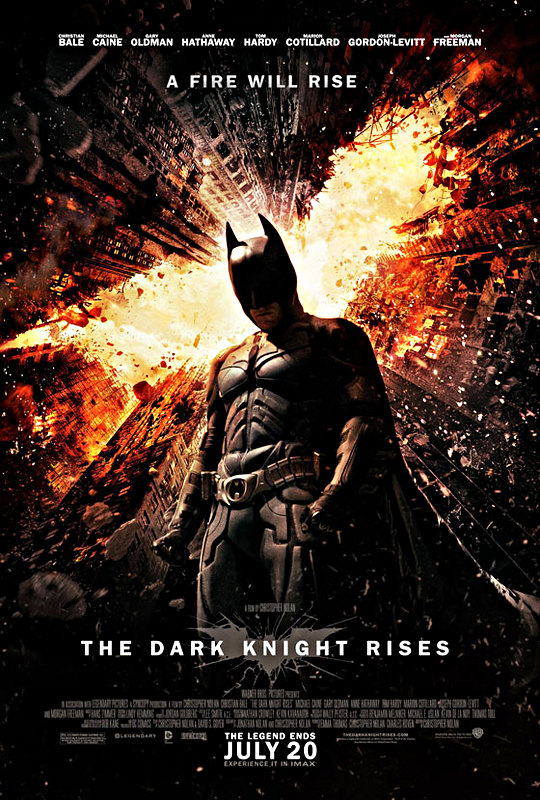 Things change, yet they remain the same. I was obliged to accept a 4th row seat in an IMAX theatre out of an urge to catch its release on the very first day ,not the best of options to begin with, but I hoped that in-your-face action might probably turn out to have its random benefits. That was not an entirely mistaken theory. As pic starts ,there is a shot of a 4 wheeler plowing its way through a field towards a plane.The enormous screen which consumed my vision-field was filled with tall brown grass whipping past, almost creating a genuine 3D kick. Sweeping views of Manhattan similarly had epic grandeur ,I had to flick my face from end to end to appreciate the "140 mm" canvas. But the story-telling gravitas seemed to be a phantom.

Fast-forward 8 years from the previous instalment’s timeline- in a bid to create a heroic martyr out of Mayor Dent , Gotham City is made to believe that Batman is a villain who has murdered and fled. Apparently Dent’s hardline approach against criminals has made Gotham a much safer city.But safe cities are dangerous to the market-value of Super-heroes. So, in a sky-high scene shot with swooping planes, mega-terrorist Bane makes his entry. This character would be right at home in sadomasochistic torture movie and he’d have made a good living as a WWF wrestler -he is brawny, dresses like a whacky commando,with a head band that wraps over his bald head and fastens a mouth-mask of metallic spiderlegs. His voice thus has a warped resonance, and except for a cold charge in his eyes and a flaring of jowls, one can’t make much of his facial expression- this actually adds to his enigmatic villainy.

That starting scene of air-plane stunts is reasonably exciting, but that is not the adverb-adjective that one craves for in this movie. Bane abducts a nuclear scientist and lands in Gotham to become its super-bane. Incubating an army of criminals in the sewers, he ambushes police in this VietCong-like underground ,then takes control of a nuclear device that was intended as a constructive source of mega-energy. Wreaking destruction over the entire city, he threatens holocaust if either the city occupants or the national army crosses perimeter. Influenced by Bane’s evil,the city is run over by ramapaging mobs who dispense their own brand of hard-core justice. The Dark Knight meanwhile, who has been laying low ,letting his company lose billlions while quietly hatching a good samaritan master-plan, is now forced to re-rise. His wet dream of a monster bike is further given the ultimate make-over,and he leaves the police in the dust (they don’t really seem to be interested in shooting him) as he races to match power with Bane. But he hasn’t counted on the effect of dis-use atrophy among other factors and soon finds himself in a royally dark hole. 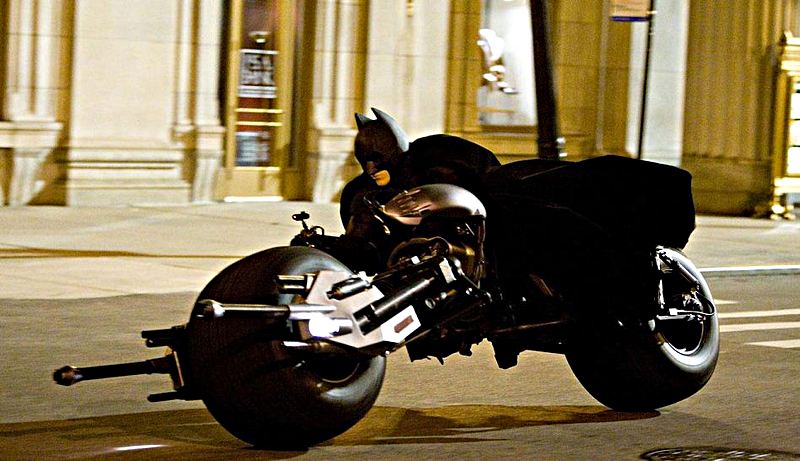 The movie’s biggest mis-steps lie in not thinking up a unique storyline and in an uninspired resurrection of the Dark Knight. Bane is a good super-villain but his terror-filled take-over of the city is not very different from the approach of 2008 edition’s Joker whose chilling buccaneer act by the late Heath Ledger still reigns supreme. Bane’s origin story is not bad, but again is found wanting compared to his predecessor. The movie’s special effects are notable for the awe-inspiring manouevring of the Bat-Bike, and a scene of an American football field caving in and crumbling downward as players try to run and dodge the carnage. But the emotions seem manufactured. Michael Cane ,as Alfred, is made to indulge in outright melodrama as he tries to shield Batman from re-entering the cataclysmic arena. That scene of supposed strong sentiment falls flat and almost makes one cringe. Melodrama, again a glaring version of it, manifests in Batman’s escape-from-prison scene and I was puzzled why Nolan should stoop to such retrograde narration. The hero’s romantic sparks are not warm enough. The villain ,however ruthlessly efficient he may be, ultimately shows his plain stupidity by not ensuring that the captured hero is imprisoned in a sufficiently guarded dungeon. The climax is reminiscent of a 2009 movie that also flirted with an apocalypse and the final twist fails to spin the mind. I must report however that at the end of the movie, some audience members gave a round of applause- perhaps they really liked it, perhaps they wanted to give the series a sentimental farewell, but unfortunately I felt no inclination to join them.

It is unfair that the tight ripeness and luscious lipstick of Anne Hathaway has to compensate for all these shortcomings. She does a great job nevertheless. Looking sexy-’n’-sharp in a black outfit that admirably sets off her slim hourglass figure, and oozing charm and cunningness she is superb in her role as "Catwoman". From her entry scene to the rescue-the-hero re-entry, whether it involves stunts stealth betrayal or a coquettish smile, she embodies a welcome chutzpah.

2008’s Dark Knight derived its special power owing to multiple factors -a villain truly "super" enough to match the super-hero, multiple scenes of inspired story-telling and thrilling action, an undercurrent of unrequited love which finally snowballs into a firestorm of tragedy for all 3 of the "good" protagonists. Its intensity was further strengthened by the genre’s usual safe-guards being blown to bits. That movie became a quintessential action-movie equivalent of a pyrrhic victory. "Dark Knight Rises" does not build its bets in a similarly strong manner,and the pay-off alas is just not rich enough to repay the mountain of hopes riding on this movie. I stepped out of the late show ,walked past the glitter of lights and retired disappointed in the dark night.