NB: The rating has been based on the theater experience, considering the spectacle of sight, sound and crowd-titillating dialogue that this 'Ram Leela' is.

Once upon a time, there was a film-maker named Sanjay Leela Bansali. He drew first emotional blood with the acclaimed Khamoshi, then continued to ascend by instructing us in moving fashion (albeit also by filching from Woh Saat Din) that if your wife has been forced into marriage with you, you should take her back to her lover waiting in Budapest - the movie was Hum Dil De Chuke Sanam. The man then soared by giving us the magnificent Devdas, and proceeded to deepen the colour of his repertoire with Black.The Law of Averages then slammed in with the scatty Saawariya. A man troubled by dwindling returns is again drawn to steal - so the inconsistent ‘The Sea Inside’ was remade into the inane Guzaarish. Money became so important that he produced Rowdy Rathore. When rock bottom is hit, Bansali, like many of us, appeals to the Gods - and so we come to Ram Leela.

Romeo & Juliet get thrown into a violent Gujarati fantasia (you’d think that this town never heard of Mahatma Gandhi). Pic opens with a shot of smiling, ethnically dressed Gujarati women carrying brass vessels atop their heads, and entering the portals of a bucolic township. However this is not just any village – it is Bansali-land with an explosion of colours, grand songs and elaborate dance sets. The next character we see, sports cooling glasses, speaks into a mobile-phone and soon relaxes at a street-side shop that displays guns as if they were cheap CDs. Twitter will be amusingly  thrown in later to photographically announce a truce between photogenic rivals. The motifs of Ram Leela are thus soon laid out. Two clans – Rajada and Sanneda – are hell-bent on wiping each other out –the bullet-fest begins early on, with a seven year old kid being the target of repeated gun shots.  The muscular flamboyant Hero Ram (Ranveer Singh) is an artful pacifist who belongs to the first group, while the feisty heroine Leela (Deepika Padukone) is part of the second one. The rest of the people, meanwhile, have such self-destructive tendencies that this seems the very India that the British divided and conquered.

The scene which introduces Ranveer Singh brings to mind Rowdy Rathore Vs Testosterone-fuelled festive Gujarat. This handsome hunk of rippling 8 pack abs hits it off royally with the lissome lass Deepika. Their balcony-meeting scene is  a uniquely set-designed rendition from the famous Shakespearean sequence - in this quasi-India there’s a beautiful pool and sylvan foliage while the balcony looks like the passageway of a cozily lit heritage 5 star hotel. The lovers soon get entwined without reaction formation, but then their families go ballistic, blood spews, intrigue thickens and finally, Boy and Girl are obliged to become the lion-hearted leaders of their crazy families. The good news for us is that Director Bansali is in excellent form, backed by a fine script that gets shot only in the last act.

The film’s smartest move is to recruit Siddarth and Garima in the Script and Dialogues. Bansali’s mind is a tiring stallion, but he pulls off a foxy gambit by including suitable writing talent. The wicked pizzaaz of his story-telling associates is evident – Dialogues here are colourful,often ribald knives that perk up the entire story, apart from packing a biting sense of humour. Gujarati,English and Hindi rollick in a street-smart, hilarious masala. Check out an initial dart which flies when one of the story’s villains – a portly and funny but vicious alpha-lady essayed by Supriya Pathak – snaps shut an exchange by saying “You know what I mean,na?”  Ram Leela runs for 2 hours and 35 minutes, yet there are no redundant stretches – the script is constantly at meaningful work, showing how both clans are equally wretched, and their ensuing political skulduggery.  Rajesh Pandey’s editing wisely closes many scenes just after the point of maximal impact, thus creating more excitement.

Gazing at some of the boudoir posters of Ram Leela, I flippantly wondered whether Bansali intended to resurrect the carcass of his Saawariya by injecting it with a formula of smouldering sensuality and rippling muscles. But Ram Leela’s story is different, and so is the energy level of the main players –both Ranveer and Deepika are delightful in their emoting, and they share superb chemistry, both emotionally and when their bodies approximate. Towards the end, despite ending up as arch political rivals, when a rambunctious Ram publicly proclaims that he still has the hots for a blushing silenced Leela ,it is a wonderful scene to watch.

The film’s first intimate scene shows a man passionately rubbing his face into Richa Chaddha’s neck – long-time viewers of Indian cinema will recall that its amorous males have to often make do with seeking their gratification from this anatomical part. But modern India soon erupts when the heroine plants a kiss on the hero’s stunned lips. There are further mouth kisses between the two sensual leads, and though we know that Bansali is no Lust Caution’s Ang Lee, the bad news is that he is nowhere close , because the French kisses we see here carry no urgent heat. It’s a waste of asking Deepika and Ranveer to go through this oral intercourse (unless of course they themselves enjoyed it).

But other non-romantic sequences register strongly. A beer mug-shooting scene is shot with audio-visual wallop along with good pacing and suspense. The interval dawns with an imaginative vista in the middle of a lake. A fight scene showing one man versus ten others in a courtyard could have done with more verisimilitudinous ferocity and less artificial effects, but its dialogue and gesture-based ending is powerfully smart. And Cinematographer Ravi Varman triumphs again with grand visuals – a Ravi Varma painting blasted into the realms of boisterous yet elegant mega-palettes of a modern Hindi blockbuster (I avoid using the bastardized term Bollywood).  This is a film joyously bursting with colour –  shattering close-ups alternate with wide-screen Impressionistic backgrounds.

Sanjay Leela Bansali’s musical compositions in Ram Leela have been admired by many critics ,but I took a long time to warm up to this multi-talented director’s music. The songs work best when experienced within the flamboyant fabric of the movie. Devdas is over, but evidently not the hangover from it, and this inspiration applies even more strongly to the heart’s debt still being extracted from ‘Hum Dil De Chuke Sanam’ (I hope a royalty has been paid to Ismail Darbar). Laal Ishq is beautifully redolent of Hindustani classical tunes that gently crescendo with the swirling dovetailing melody of its “tera naam mera naam” phrase. 'Ang Laga De Re' is a sensual delight but runs out of steam after its first quarter- the song's “mukda” seems to have been spun and elaborated from a particular strain in Devdas’ “Silsila Ye Chaahat ka”. “Lahu Mu lag gaya” hits its stride with a triple current of bells,drums and trumpets while ‘Nagada Sang Dhol’ offers glimmers of stylish Garba with its guitar-underlined drums. To show that he can even do a trippy job of fusion music, Bansali recruits electric guitars and snappy percussion to revv up the groovy rhythms of a husky siren in the item-number “Ram Chahe Leela”. Genuine musical talent thus canoodles with vacuous stretches –Bansali undoubtedly has a composer’s knack and I suggest that he could get some tips from A R Rahman.

After having assiduously built up a powerful stylish story replete with audio-visual dynamite, the finale falters – Yes,in a Romeo Juliet story the ending is pre-decided, but even this can be made into a irresistible fait accompli – an orgasm of grief but what we get here is just a gratuitous liplock that stirs nothing. Klutzy special effects further dilute the poignancy. But well before that juncture, Bansali has already shown us that he’s back with a bang. He returns with his favourite scenes of a maiden collapsing with a bleeding hand amidst water, of lovers separated by sprawling ancient families, and of improbably wild Gujarati fiestas fuelled by ethnic song and dance. But he does this all with a verve and resonance that creates its own special genre. You can count on your fingers the number of directors who tell a compelling story alongside composing fine songs. Bansali’s decision to juxtapose small-town Gujarat with a widespread gun culture (better suited to UP and Bihar) seems strange, but that’s forgivable considering how many charismatic shots he fires. For his future films, I hope he still has a loaded gun. 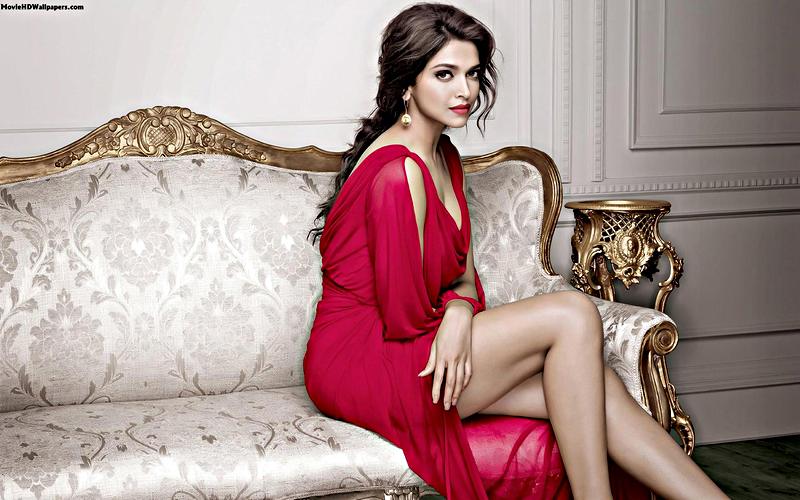