This review is best enjoyed, for formatting purposes on a laptop, not a smartphone.
Augustus Bistro  :  Restaurant Review
3 stars out of 5  (Good)
Visited Dec 2017 , Jan 2018
Auckland, New Zealand
The paucity of full-steam quality French eateries in Auckland boded well for the opening of Augustus Bistro last year. Strategically stationed in Ponsonby where the well-heeled could handily patronize its numerous tables and commodious continental ambience, this restaurant beckons with a fully stacked menu of French favourites. The handsomely baroque building, originally the Ponsonby Post Office, is now repurposed as a stately and beautiful dining ship, flowing out St.Mary's Road and spreading sail towards Ponsonby's hub. An ample 'ante-room' leads to the well-appointed bar, another large domain floats in the middle with potted palms and marble-topped tables, with a lovely shaded al fresco space on the other side. Ceilings are tall enough to make you crane your head above to see it, and the windows large enough to allow you to jump out and haul your sweetheart in. 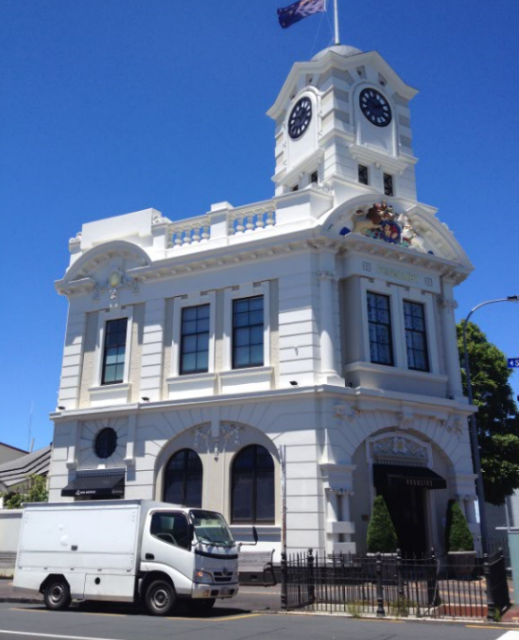 The innings commenced fabulously with a pristine glass of 2014 Cuvee Anne Laure Pinot Gris  which was flat-out one of the finest white wines I've had the pleasure of consuming - so delicately refreshing and exquisitely precise. The "soup" it presaged was the oceanic equivalent of stunning wine. Crayfish bisque was velvety smooth, beautifully creamy and sported a lushly expressive bouquet and body of crayfish soul. The crab at the center was fresh but oversalted - nevermind, my last taste was that of the bisque and it smoothed over everything like a river washing over a puddle. 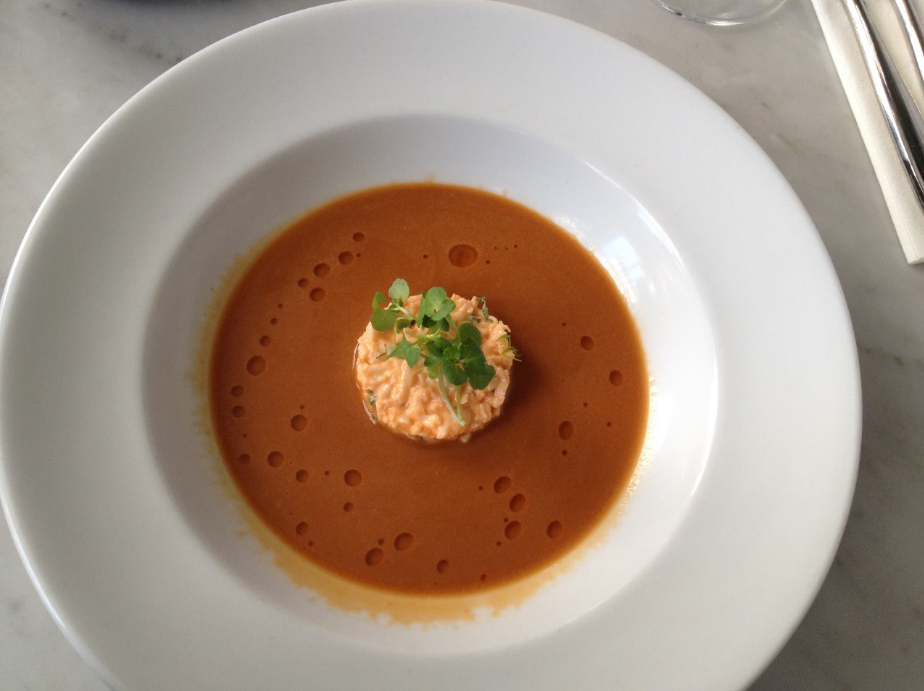 There is something about Snapper - its premium billing and understated smooth flesh inspires chefs to screw it up in multiple ways. Here, Yellow belly founder, praised by many customers, was gone from the menu by the time I arrived, and the fish of the day, was now as above. A hefty cut with its exterior roasted to a crisp, the fillet alas was flavourless, thereby rendering its associates - a fine beurre blanc, a nice pommes puree, regulation tomato salsa - ministers without a strong chief. 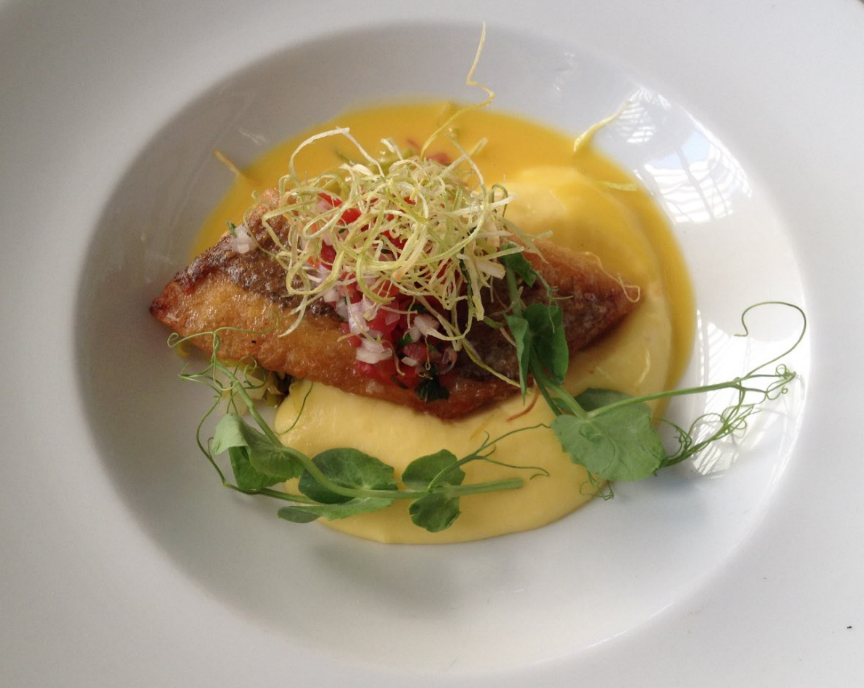 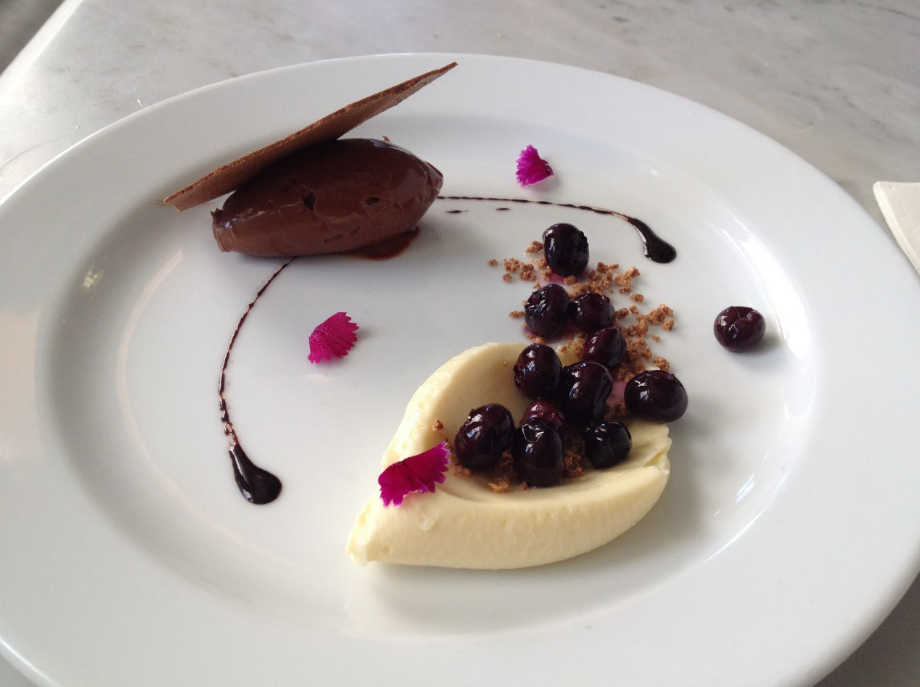 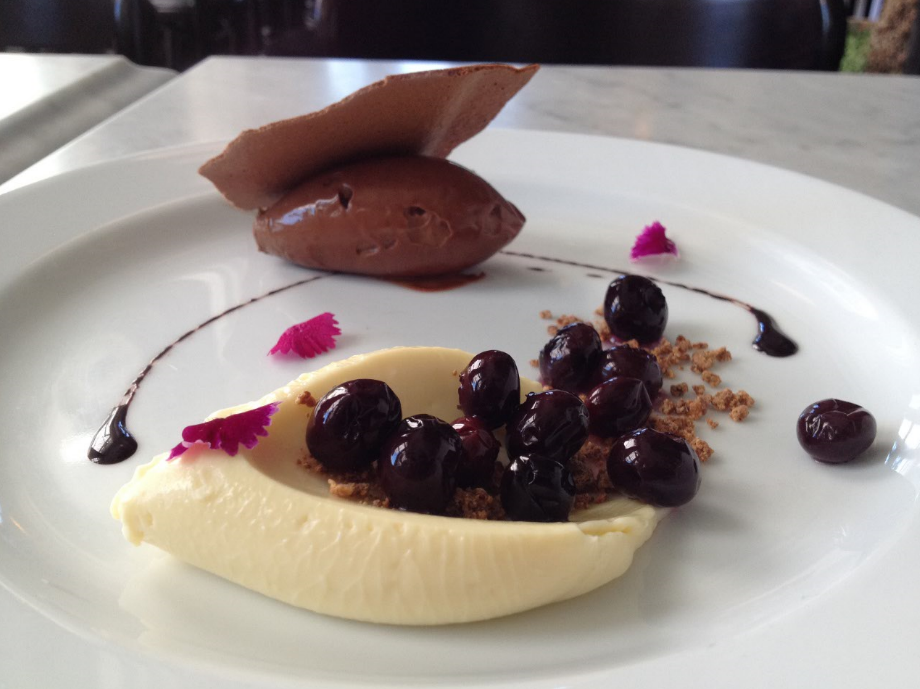 Service by lovely young blokes - some with a French accent , others with a Brit clip - is a breezy highlight. On the second occasion, my drinks worth $30 were left off the bill, and I realized this much later but being in a suitably roguish mood, didn't return to point out my shining honesty as I have done elsewhere, deriving some solace that I had actually tipped the waiter $20. 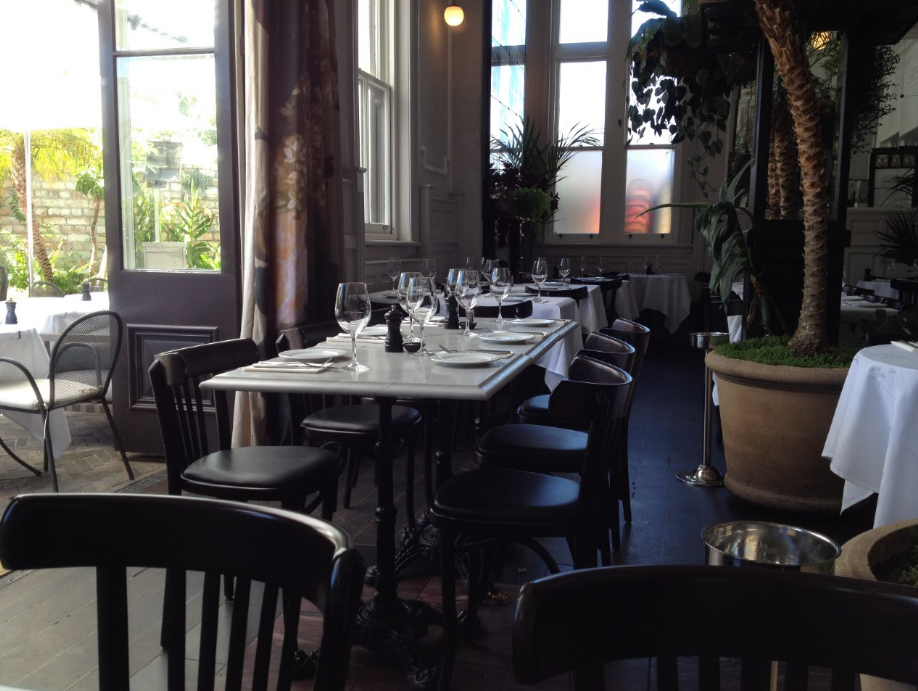 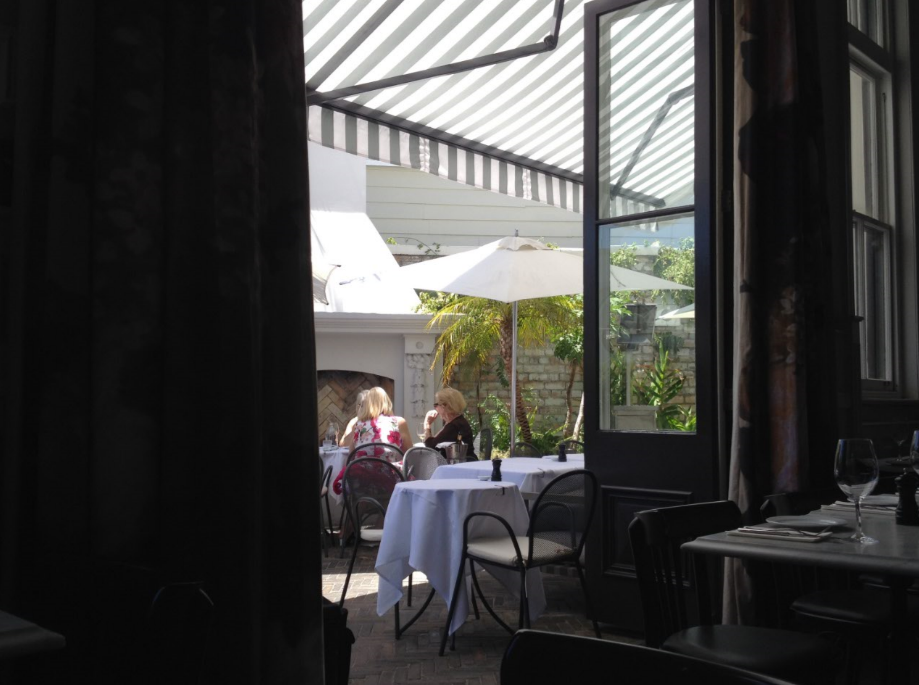 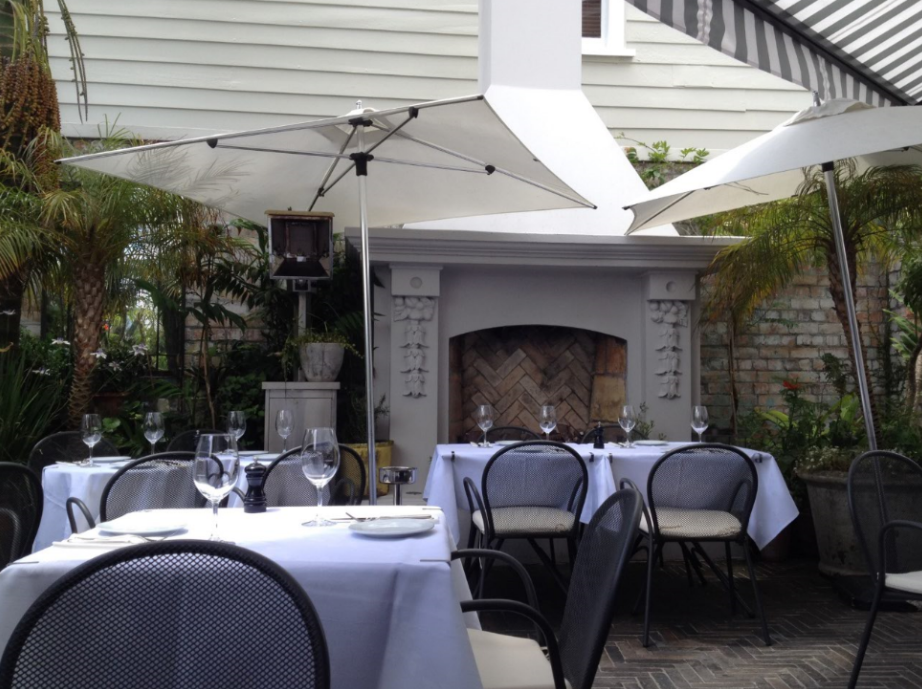 My first two visits were on afternoons where the restaurant was pleasantly deserted, and a Sunday afternoon a week into the New Year was so exclusive that when when my host after seating me, noted "You have the restaurant all to yourself, Sir " , I noted what a remarkable phenomenon it was in a place with as many tables and as big a size as this airily continental joint.  A French Martini consumed a few moments later was a beaut, made smoother and more tenderly rich by Chambord liquer. 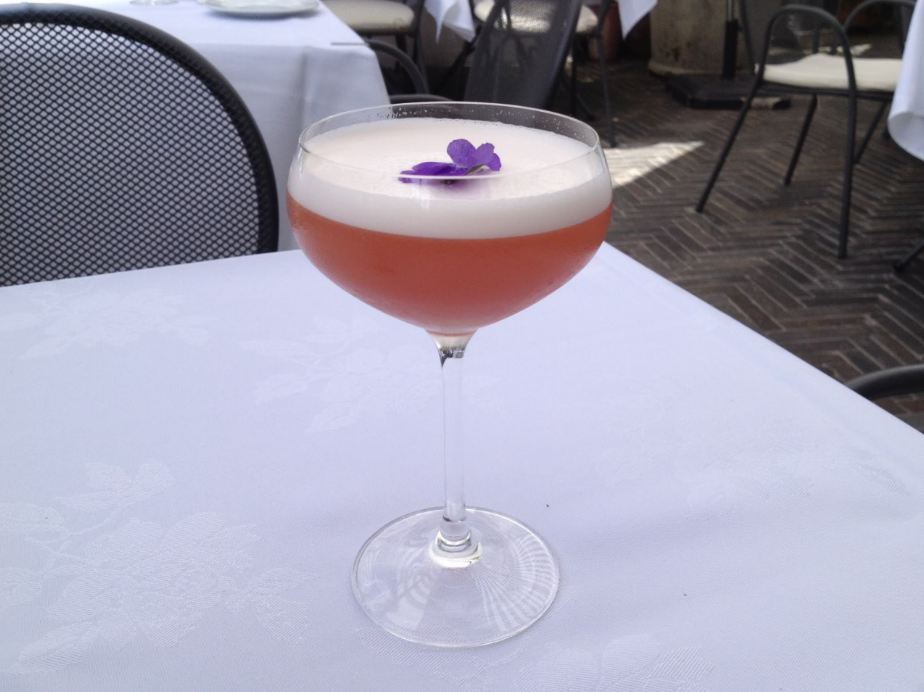 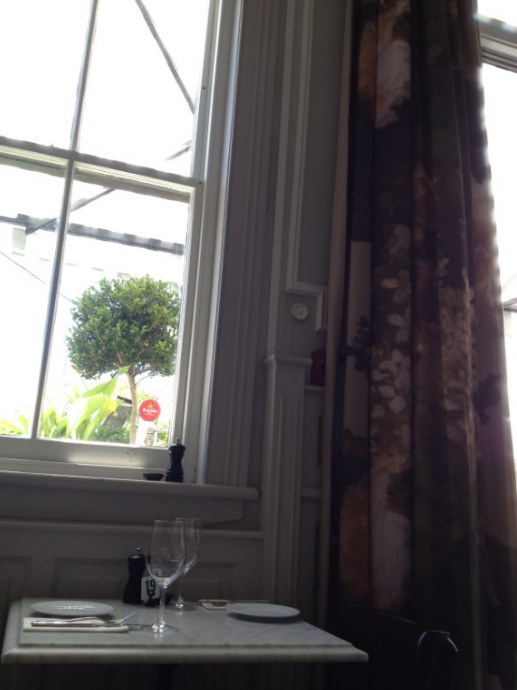 That afternoon then plateaued. Prawn Club Sandwich at $10 was a bit of a joke, with a nicely toasted rich slider no doubt, but the prawn filling did nothing to distinguish this as a unique or flavourful prawn slider. Scallop Gratin was another disappointment , the scallops of good size but of sadly muted flavour (my memories of American scallops have nowhere found their match in the listless NZ versions) while the gratin topping was an anaemic embarrassment of garlic and parsley. 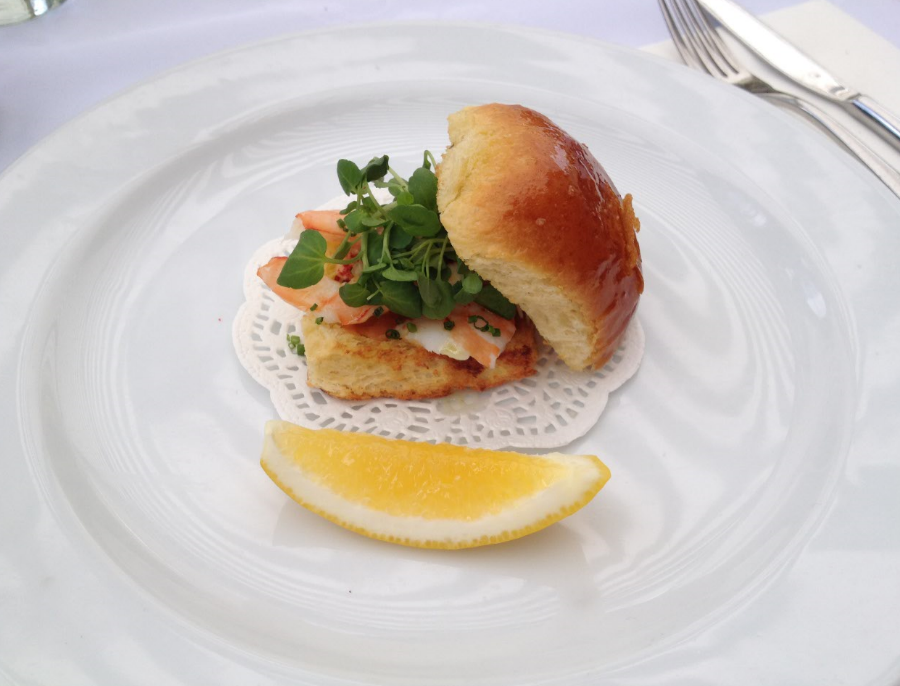 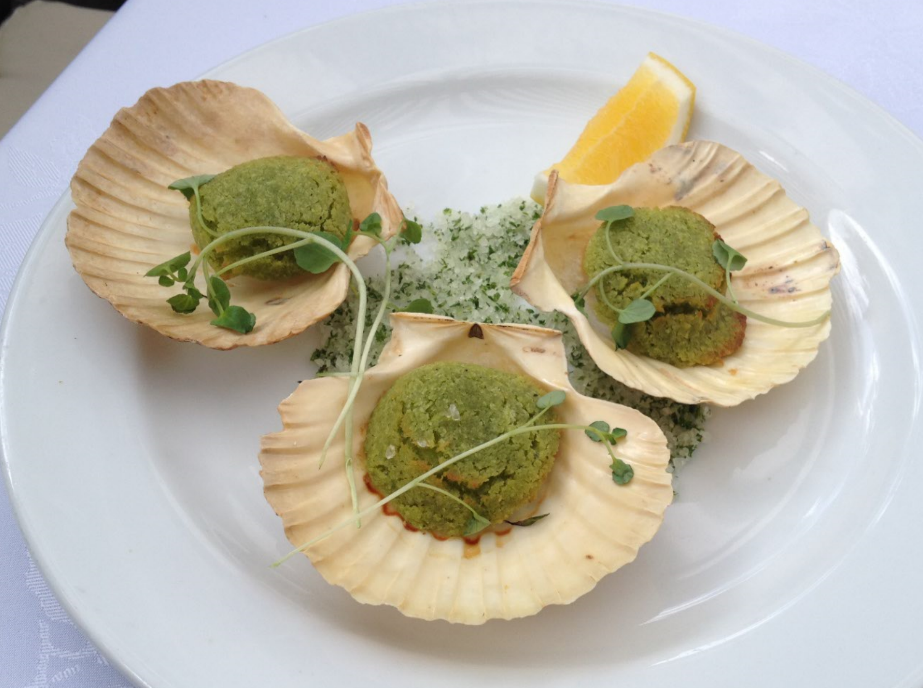 Persillade Risotto was textbook-true with its melding of herbal, olive oil and creamy parmesan notes but after a while it got boring, with neither the peas nor the beans nor the broccolini synthesizing any vibrant vegetal zip. The mains on the whole offer limited choice for vegetarians and pescatarians. 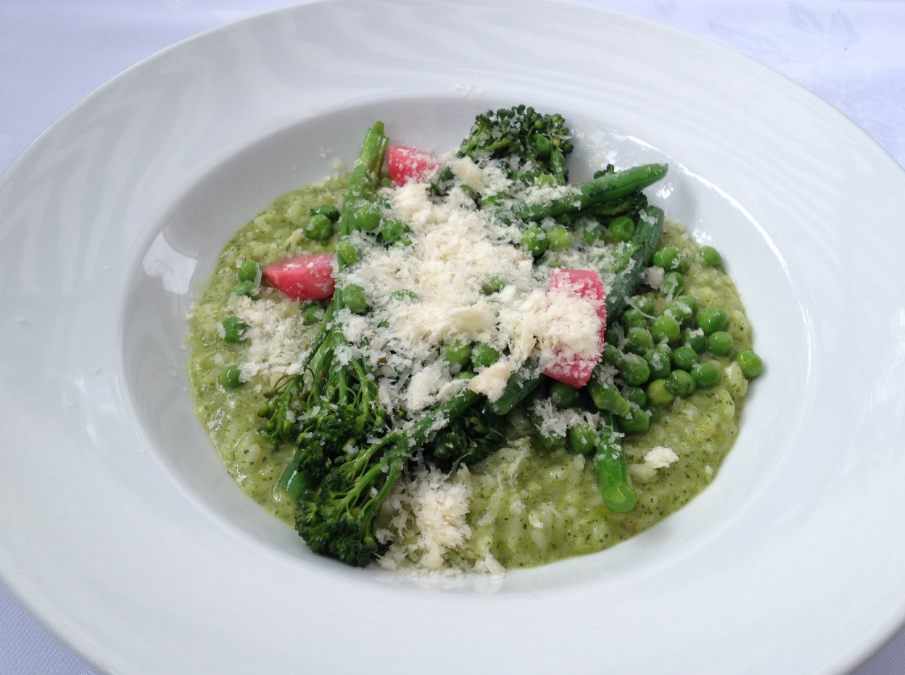 My third visit was completely different from the first two. Gloriously deserted afternoon was replaced by bustling night, with almost all tables in the central room occupied. My usually dependable dining companions sprang a surprise by giving an eighty minute deadline by which they had scoot from the place. Mr.Muir from 'Spygame' had already tutored me on "twice the sex with half the foreplay' so I decided to quickly shortlist certain dishes which would throw more light on how good a bistro could get.
Twice Baked souffle, with parmesan, gruyere and comte, was technically superior with zero stodginess and wonderfully creamy texture, the trio of cheeses generating an indulgent depth without cloy. The same operational excellence manifested in the scampi omelette , with a thin base beautifully flooded over by runny yolk , alas the flavour of the scampi pieces on top was dead in the water. You may note that of the five seafood dishes tasted in Augustus , only one had notable instrinsic taste.
My rule about avoiding mammalian meat for the rest of my life remained steadfast, and the mind had also become turned against poultry but when the waiter told me that they did not have the Wednesday Special of ' Fish Meuniere' (a major disappointment), a wan smile decided to sling back the 70s with Duck a la Orange. Yesteryear magnificence did not shine through that evening - the meager orange sauce was nothing to croon about, a lemon mash was too astringent while the marquee meat was just of an acceptable quality.

Given that service, even during hassled times in this large bistro, remained consistently excellent, in fact amongst the most enjoyable in Auckland , thus being a major tribute to the assiduity of the owners in selecting the right personnel, I would have been willing to lift the overall restaurant score if that last main - a lumbering yet deceptively difficult classic - had been sent flying out of the park, but that burst of traditional inspiration was found wanting. 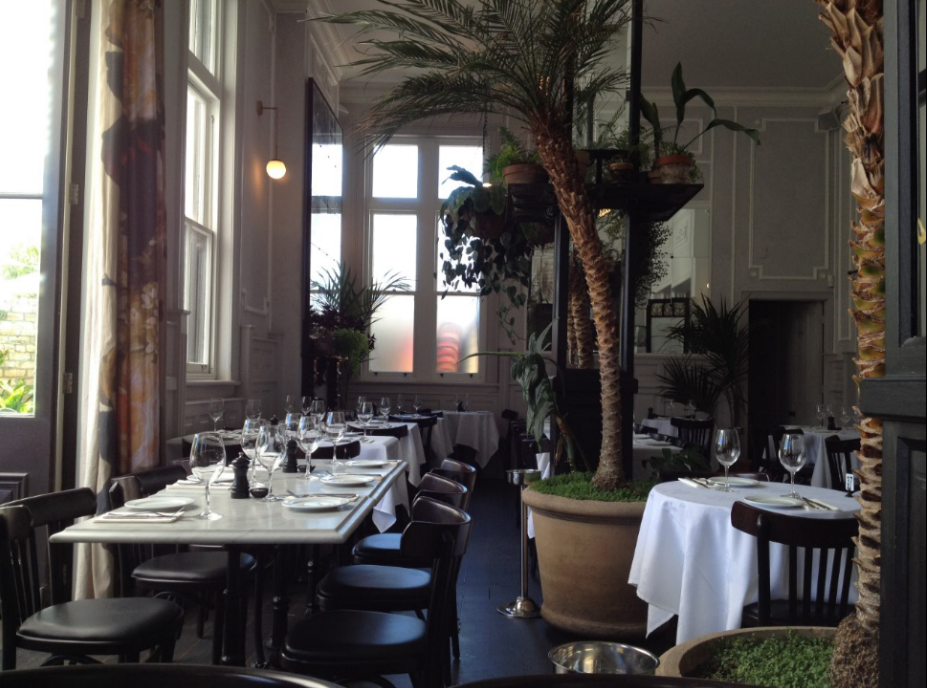 Augustus Bistro still remains a very nice place to experience on languid afternoons. Auckland, Europe all become one, and the paucity of awesome female staff is made up for by absolutely charming young gentlemen who attend to you with a smile. That crayfish veloute rocks, they just need to fix a main to sustain the high.
UPN
UPNWORLD welcomes your comments.