This is a depressing time to be a fine-dining gourmand in Auckland. Simon Wright of French Café , Michael Meredith of Meredith’s, and Tony Stewart of Clooney have all left the game. Charming and grandly entertaining restaurants like Toto’s are long gone, and huge aristocratic rooms like the Langham’s Barolo are distant memories. What’s left in their wake seems like the dance of pygmies. Into this relative desert, the entry of any ambitious restaurant is a reason to pop an entry-level champagne. Thus arose my frisson for Lillius. I came across some spectacular dishes and what larks ! the expectations soared like a turbo-winged moa. 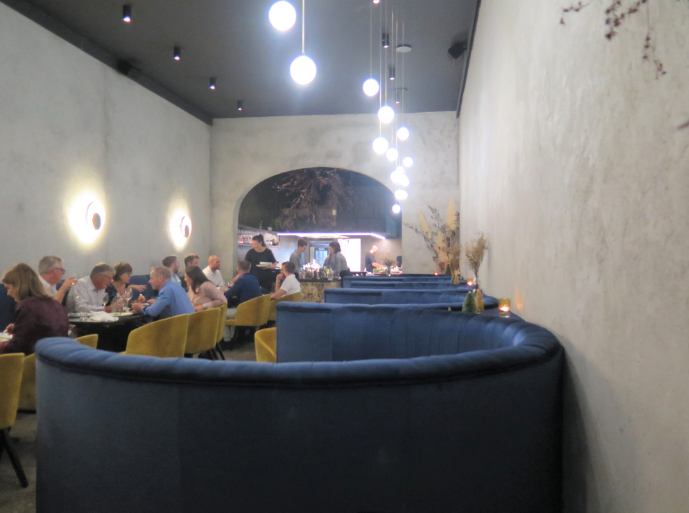 Situated in Eden Terrace – the first little precinct of fine-dining that you encounter as you drive in from the suburbs into the CBD, the place is hipster-chic in its coolth, boasting high ceilings, half-polished concrete as the walls and floor, comfy blue velvet banquets contrasted against yellow-upholstered chairs. The tablecloth went out in 1999, the year some of the staff here were yet to get into school. 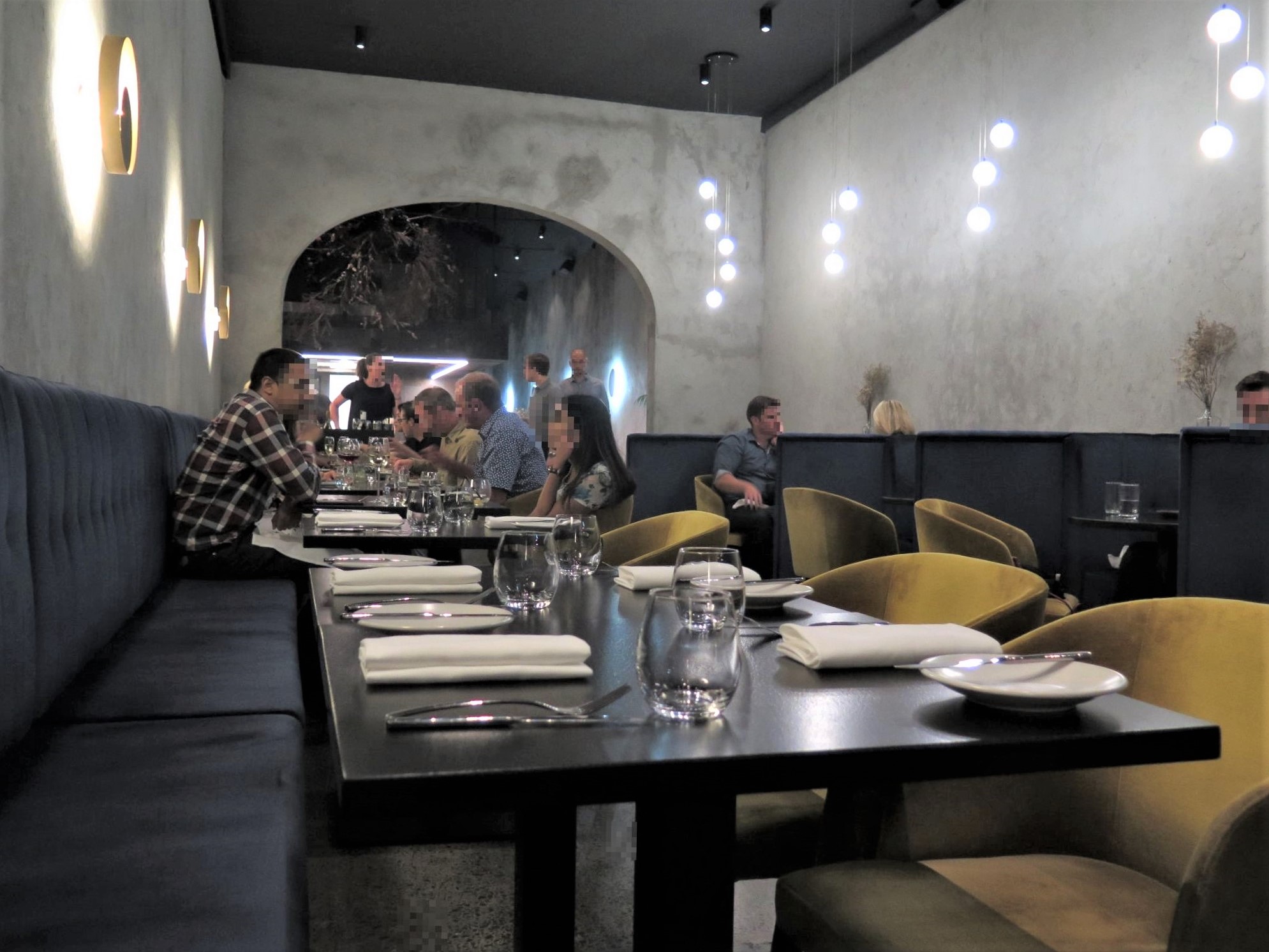 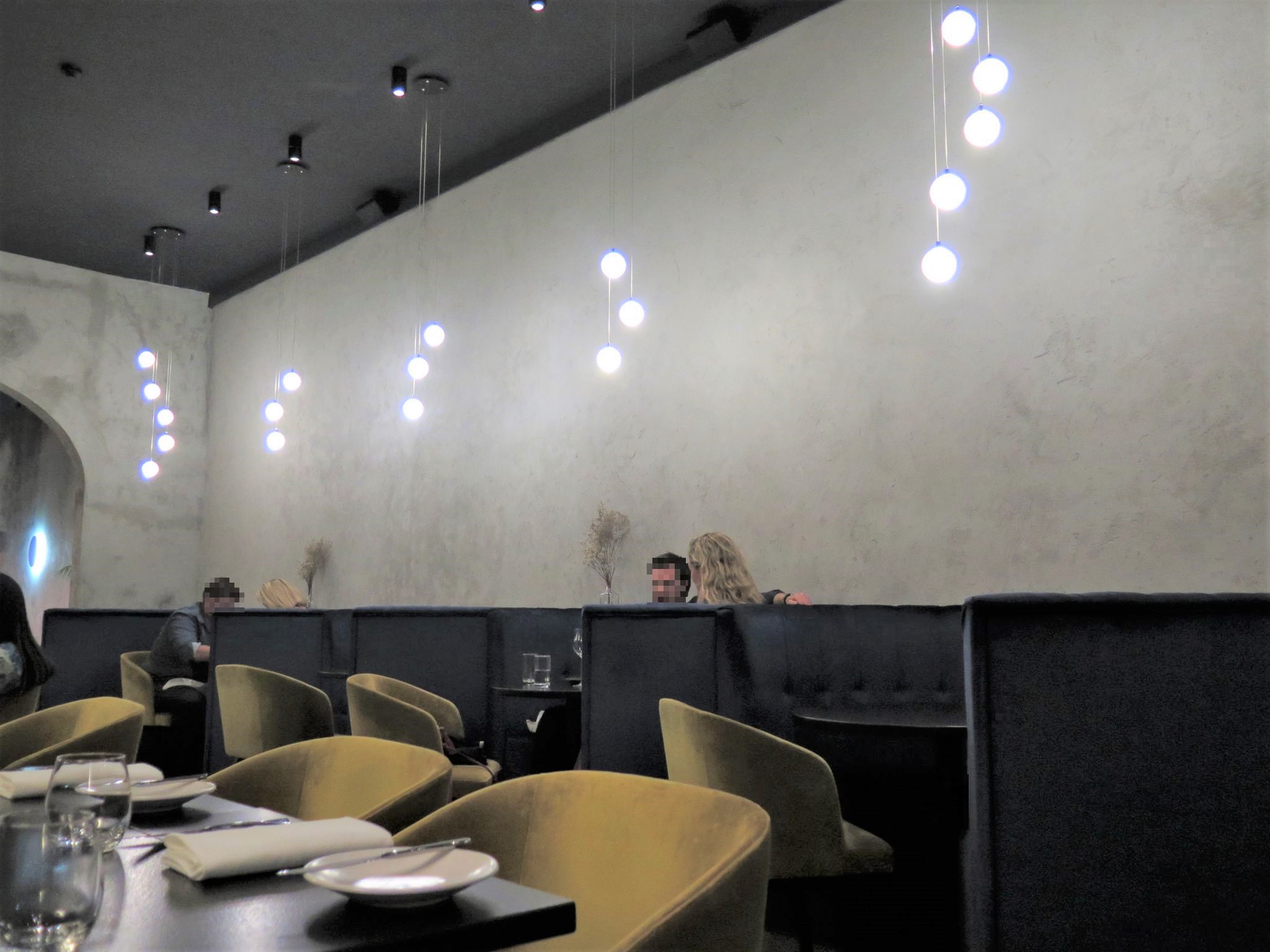 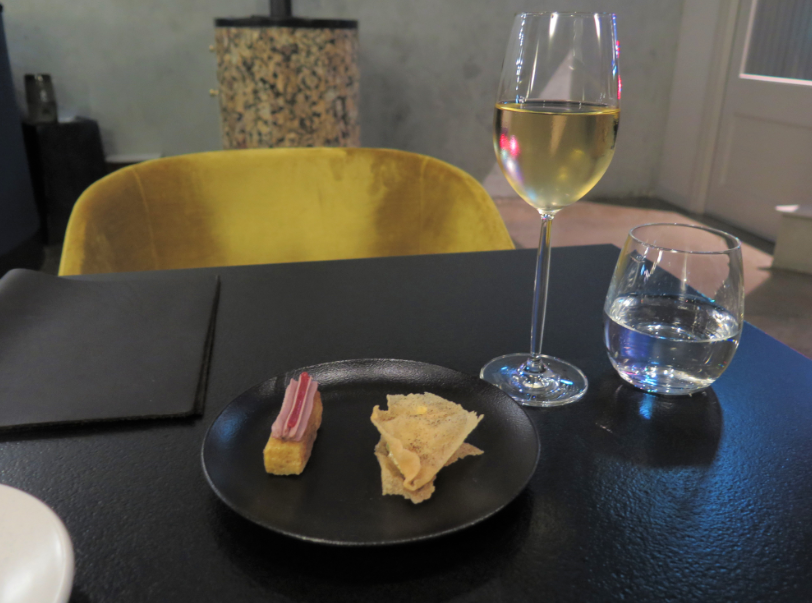 Few amuse bouches in Auckland fine-dining restaurants amount to much. Bits of brunoised tomato in olive oil as Lillius’ very first gratis offering were forgettable but what was eminently not, was the next teaser. On a little cylinder of brioche-like bread, there was chicken liver pate that powerfully resonated on the palate, cut smartly with plum sauce. Beside it was a potato crisp, packed with gentle zing and sandwiching a highly moreish egg mix with chives avec onion. Give me just one good main course after this and I would have walked out of the restaurant satisfied. 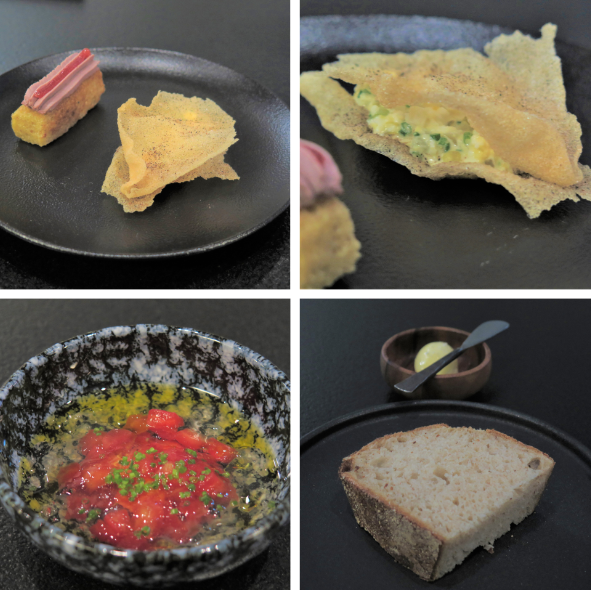 Lilius' sashimi-style Kingfish is the greatest I have ever tasted in New Zealand. Tremendous flavour swirls in its sensuously velvety flesh, with a mystical umami as subtle as it is deep, all buoyed by its impossibly fresh quality. I emerged from the haze, and splashed into another marine wonder on the same perimeter - the sublimely succulent crayfish, smoked with bold genius. 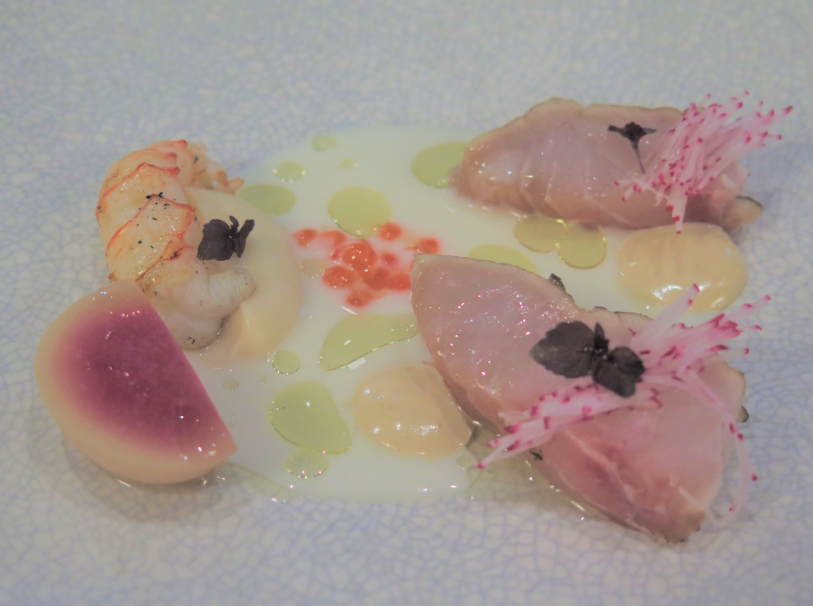 This head-spinning dish was followed by its creative equivalent - a dual presentation which I'd call "Meditation on Corn". Two plates were needed for this - one an unvarnished bed of sprawling corn-husk on which nestled a light flatbread made from corn husk. Its sibling plate had infant corns, unsurprisingly tender, made perkier with nearby buckwheat crisps. What made these delicious rather than just smart was the dunking double-pool of corn puree and a hummus-like sunchoke mash. Those sauces engineered beautifully sweet and subtly savoury currents that lifted the whole presentation. The hyper-analytical might interpret this as dinner channeling breakfast , with the yellow-'n'-white sauce recalling a fried egg, and the crispy corn reprising corn flakes but folks I have better things to do with my time than thinking up such comparisons