5 stars out of 5 (Outstanding)

Full confession - I was neatly hoodwinked by the central conceit of Kahaani, and sufficiently moved after its final metaphor to concede that this film ultimately ascended to become that rare specimen - an outstanding Hindi thriller.

Sujoy Ghosh , the writer and director of Kahaani, has an interesting back-story. His mother was a psychiatrist who eloped with his father -a taxi driver. Ghosh did his engineering from Manchester University and after an MBA, he became a media company’s manager in South Asia ,earning a salary of Rs.50 lakh per annum (approx. $100,000 per annum which means much more in India than in the US). He revealed in a recent interview that as a largely unsuccessful director of Hindi films till now, his payment was signifcantly less than the earlier hefty package. 'Kahaani' has the potential to change his mid-life story.

Pic starts with a deftly picturized accident that rocks Kolkata. In the background of this prologue, Vidya Venkatesan-Bagchi arrives in the city,nonchalantly lugging her pregnant belly as if it were another piece of obligatory luggage. A resident of the UK, she is now a victim of mounting anxiety over the fact that her husband Arnab has gone missing. It turns out that he was initially against the prospect of visiting Kolkata for an assignment, but Vidya, brave wife that she is , persuades him to answer the call of duty. Now there’s no trace of Arnab to be found in this tropical cauldron. From the lodge where he is supposed to have stayed, to his supposed workplace to the childhood school that he is said to have attended, there is no documented evidence at all of his existence in the city. Vidya’s sense of troubled confusion intensifies, and a portly policeman jokes that her husband is a rogue who has abandoned her after having his fun.

Her ally manifests in the form of a young earnest inspector Satyaki Sinha nicknamed Rana ( Parambrata Chatterjee ). This mild-mannered man feels empathy for Vidya and devotes generous tracts of his time towards helping her out. Vidya through her attitude and resolve soon reveals that her spunk outweighs the stress of her predicament. Further churn is provided by a dorky bespectacled white-collar worker who turns out to be a cold-blooded assassin commissioned to abort the tenacious lady’s findings. To provide a cast-completing lash, the Information Bureau, for reasons not fully clear, sends a whip-cracking tough-talking agent to address the case of the visitor from overseas. This no-nonsense Federal don bullies and coerces the policemen into subordination, but Vidya snappily retaliates at him and proceeds unfazed with her independent investigation..

The narrative, to the considerable credit of the film’s various artists, maintains a constant taut rein over the suspense. There is a crafty intelligence in the way the revelation in the end gives deeper meaning to small details shown earlier in the story. The story’s one major mistake lies in a erroneously constructed sequence designed to fool the viewer into believing a supposed aspect of reality.This misleading sequence sticks out a discordant feature that does not fit into the overall diagnosis -nevertheless,the movie’s overall leap is so good that it overshadows the missteps.

Hosannas have ben heaped on Vidya Balan for her performance, and though I don’t feel a similar urge to wax rhapsodic, I’ll gladly concede that hers is a solidly smooth performance more effective than her turn in "Dirty Picture" . Balan fulfills the most crucial purpose of her role - to make the audience empathize with her dire situation.Parambrata Chatterjee endearingly portrays the image of a young cop who quietly soldiers on while never overtly expressing the affection he feels for the pregnant Vidya. Nawazuddin Siddiqui’s face and persona seems to have been re-cut and re-fashioned to fit the role of A.Khan - the hawk-like intelligence agent. He provides a pan-sizzling tadka of a performance. His act here is reminiscent of a ultra-strict cane-yielding school-teacher whose entry into the class is instantly marked by scared students scrambling into state of silent discipline.

I feel that the style of camera’s canvas here should be called the "Great Indian" and branded for future nomenclature as such. It captures and filters the chaos of the Indian milieu through expert framing and rich ripe colours. The subcontinent’s humidity, its bustle and sprawling scope are all recorded with panache. Ghosh’s homecity Kolkata is given a snappy artistic lift -vistas of street life are adroitly summed up, an aerial sweep of the metropolis rolls in, and the city’s nightlights glint and glow.To top things off with a redolently Bengali flavour, the quintessence of Durga Puja is organically integrated into the finale.

The BGM here is a classic example of a double-edged sword. One on the one hand it is commendable for composing and springing a plethora of mood-enhancing rhythms that reverberate through the tale. But often when it should have been discreet, it is loud and persistent -like an electric drill placed close to your ear.

Tipping point- The revealing of the conceit almost did it for me -even if the unravelling of the crucial game-changing scene was a bit unfinessed. But it was the moving ethos of the state festival’ s iconography, refracted through this movie’s theme, and expressed in the inimitable voice of Amitabh Bacchan that sealed the deal for me. Sujoy Ghosh deserves all the hearty accolades showered on him. He has crafted an extraordinary movie -one which begins with a disturbed Eden, then maintains a good deal of heavy-hitting, eventually bowls a deadly googly and wraps things up by sending the very last ball soaring out of the park. 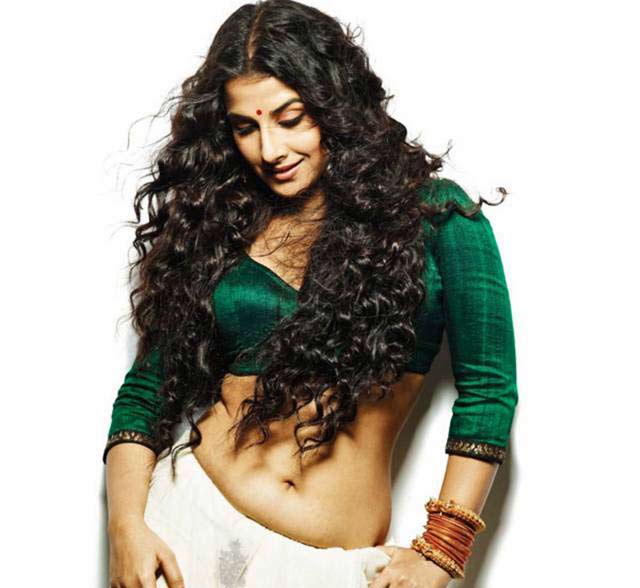