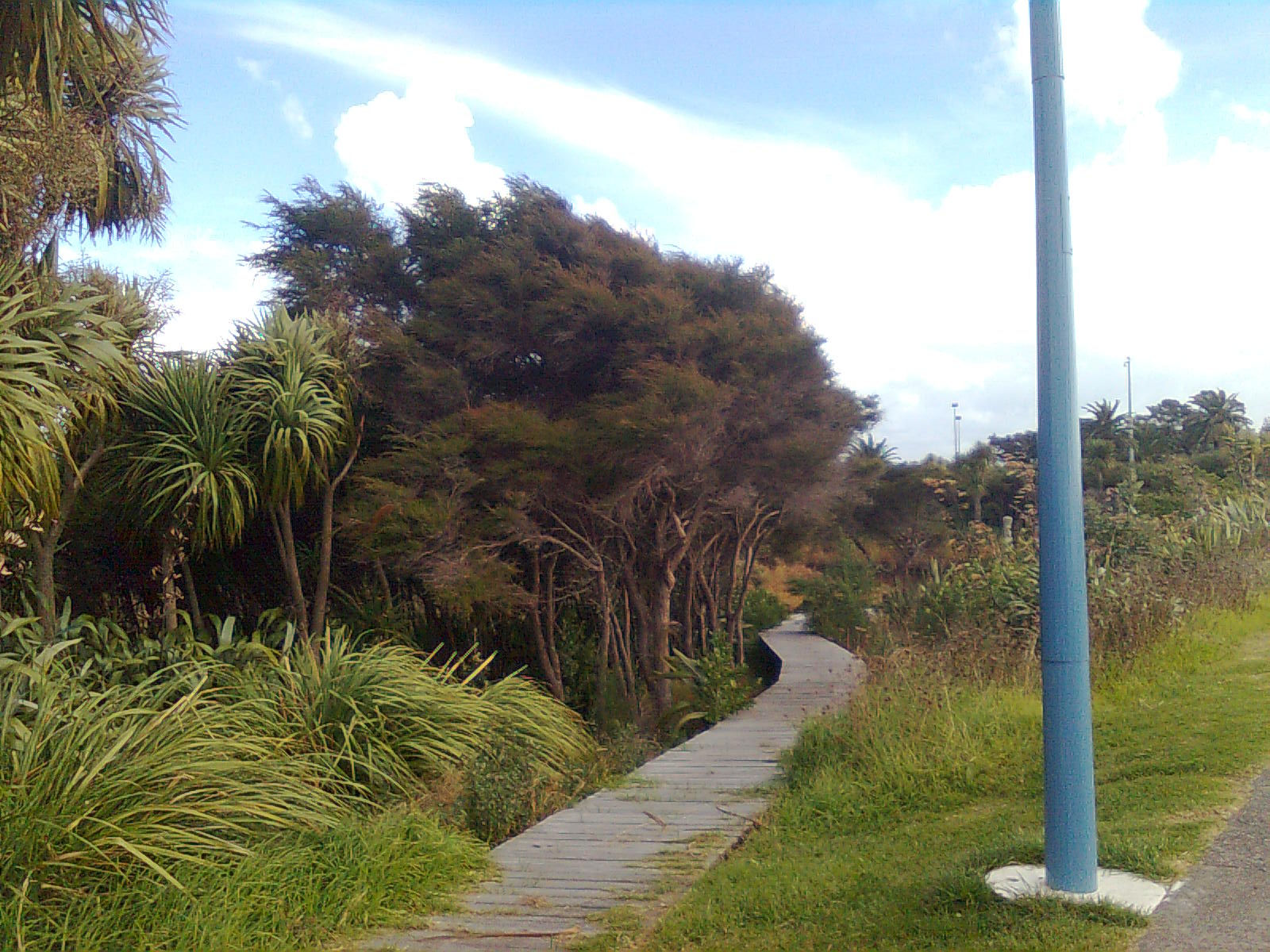 NB: This is a very rare review you'll find apropos this restaurant - in all likelihood the only full-length one. I saw only two other patrons during my two visits there, and I'd be stunned if it is still open.

Quefronziparacittegifi- was the full nomenclature of the new restaurant in town.The owner had revealed that the name bears special meaning only to him and no one else- I hoped that the food would not follow a similar pattern.

Stepping into its arched high-ceiling interior, one notes Qu's rather spartan ambience which houses tables covered with white linen.This latter detail of fine-dining is again stifled by the brown paper fastened onto the table-top ostensibly to preserve the chastity of the underlying pristine white cloth. I asked the staff about this dubious detail and they coolly answered that this arrangement is maintained for lunch and removed for dinner. The waitress was a willowy brunette wearing make-up ,clad in casual black and even more casual sneakers. Nominally mollified I looked forward to my meal. She was pleasant in demeanour and did ask me once whether things were satisfactory,and though it was plain that she was no expert in her chosen work that afternoon, she didn't do much to attempt perspicacity.

I glanced through the lunch menu -its reasonable tariffs complementing a compact line-up of dishes a fourth of which were comprised by pizzas specially flavoured by the hearth's manuka embers- a native touch. A bottle of cool water was placed on the table- with the server showing no intention of pouring its contents into my glass. I too appreciate the Kiwi ideal of DIY but sometimes some of them employ it in the wrong places. Crisp prawns with paprika mayonnaise were selected as a starter. Before even thinking of the intricacies of the kitchen's offerings, the owner ought to make sure that the menu has no mistakes- here the creamy accompaniment was announced twice in the description- I believe there are other better ways to stress the redolence of the accoutrements. Anyway,the prawns turned out to be soft perky affairs- the fleeting enticing after-taste of consuming one piece persuading you to attack the next. Its annointment was pleasantly flavourful.

For one of the main courses, Primavera Risotto was served with a shallow cup of shredded parmesan. The rice was the right side of al dente alright but the mushrooms broccoli chives et al did little to help the ordinary chicken broth in creating a lusty concoction. When the parmesan was added, creaminess obviously arose but that all-important element of pleasurable cohesive taste was still missing. I asked the waitress what the herbs in this dish were- and she briefly redeemed herself by not hazarding a guess , instead electing to retreat and quiz the chef himself. Returning soon,she replied "Its just a mix of Italian herbs..y'know..." and then attempted to qualify her answer by a series of cryptically evocative facial expressions meant to shed light on the assorted identities of those mysterious herbs. Using the same continuum of countenances, she seemed to eventually query if I was satisfied with this reply, and I smiled and quickly nodded, remembering the exams of school-days when I'd peer into my neighbour's answer paper only to wryly realize that my knowledge was better than his. Not improving matters either was the volume of music which should have been a a couple of notches softer. What was of consolation was the view- on one side past a humble sushi joint in the yonder, houses prettily perched atop the crest of hills ,and on the restaurant's other side warm sunlight bounced off grassy embankments which rolled into the Whakatane estuary.

A couple of times, a middle-aged man presumably the owner would walk briskly into and out of the dining area. Apparently he was too busy to even exchange pleasantries with the only patron in the entire restaurant. Done with the chore of consuming of my main dish, I placed it to the side of the table as an indication for the waitress to clear it off. Meanwhile a pal of the proprietor had sauntered in and the two sat on a couch after ordering coffees (declared to be on the house) the preparation of which occupied the waitress. Close to ten minutes went by yet my table was unattended to, and the owner sat having a clear view of my table and within audible distance, amicably engrossed in his social intercourse. Neither he nor his employee seemed to bother about the only table in the place which was rendering business to the restaurant. I quickly understood why the restaurant was running empty both times I'd seen it till then, and soon became certain that it would be no surprise if this establishment were obliged to permanantly close its doors that same day.

I could not judge this joint without sampling more of its dishes, so a second visit for dinner was made ten days later. Scanning the options which included Caprichosa and Romano varieties among others, I ordered a half portion of the "Seafood" selection- this was topped with mussels,squid,prawns and smoked salmon .I could taste the eclectic seafood ,but felt no encouragement to accord accolades to any of it. The pizza per se was a thin-crust variety, better consumed with beer than by itself. But a complete medium-sized offering of it had been billed at 9 NZ$ ,furthermore it was palatable if not tasty and considering that this was served in a restaurant with presentable ambience, I ate it without regret.

From main courses that included a variety of Italian pasta, Angus beef sirloin, Lamb Shank and also a Kofta version, and Chicken Saltimbocca, I chose Pork fillet -free range and antibiotic-free. Two medium-sized fillets of it had been served with average visual impact. They were not impressive either in taste or in texture. 6 months ago, I had sampled a softly spunky dish called "Happy Pigs Pork Belly" which managed to justify the proclaimed emotion of the meat. But here the manner in which the chef had treated the meat seemed to signify that the animal, despite its free-range existence. had been scared stiff. Its ingestion was however ably aided by mashed potatoes which captured the redolent goodness of their buttery ilk, and a white sauce that was a fluid extension of the former, being smooth and comfortingly creamy. Coaxed into a charitable state of mind by these accoutrements, I wanted to tell the waitress (a different person that evening, middle-aged and respectful most of the time) that the restaurant should publicize itself more, as none of my friends in town knew of its existence.But then I figured that if the owners are not aware of this need already,then they don't deserve to run a restaurant in the first place. The other vegetal component in that dish had been a tomato-onion blend layered around green beans -it would have taken a kitchen beyond the ability of the current one to render that addition meaningful. The waitress ,when arriving to take back the plate, noted that most of it had been polished off- and with a surprised smile exclaimed- "Where did you put all that?!"

When I asked for a listing of the desserts a separate handwritten compilation was brought, with apologies about this work-in-progress. I should have got an inkling about the inchoate nature of this section. Eschewing such selections as Lemon tart and Tiramisu, I went in for a Cassata cheesecake which was said to have a marsala scented cream cheese filling with fruits. When it arrived, it proved to be a giant compared to its usual brethren- but what it gained in quantity ,it lost in quality. 'Twas stodgy and soulless, the embedded kumquat and cherries not doing much to relieve the tedium. It was paired with whipped cream and chocolate ice-cream- the latter being the only component that merited eager consumption. Tariffs- A 3 course meal averages NZ$ 50.

Qu ,with this sampled selection ,was no better than Roquette and Wharf Shed- the two well-known restaurants within town limits. I was no nearer to finding just one place in this town which serves first-class Western cuisine in elegant surroundings.