Being obliged to spend a stipulated span of time in a place often referred to as belonging to the "provinces", may not always be tantamount to exile. Particularly not so, if that place is justifiably billed to receive "the maximum hours of sunshine" in a country whose winters can make the room-heater a constant companion. Also count among the happy positives- plenty of white sand beaches, generous sylvan stretches, the excitement of a live volcano accessible by helicopter, surfing fishing and a waterfall tucked away right within town limits. My target on a certain occasion in late August was not to explore & partake of the great outdoors, but to check out the best of what the town's culinary hot-spots had to offer. "Roquette" ,transparently cordonned off from the exterior by glass walls and located at the base of a building on Quay street, Whakatane in Bay of Plenty district (north-east NZ) is reputed to be the best place in town to expect gastronomic rapture. In pursuit of this noble goal, I journeyed through a young cool night and entered the restaurant through its unceremonious doors. Let it be clear at the outset that I'm going to assess this restaurant expecting the highest standards.

A fair deal can often be gleaned from just noting how a professional or a consortium of them commence their craft. I was given a decent welcome and shown to my table. It was right next to the entrance- a frankly ill-advised position to seat your patron for a variety of reasons. A table in that vantage point might suit a person who's keeping tabs on all the arriving patrons but the dangerous thrill of espionage was not part of my misson that night.There was no offer either to whisk away and store my jacket for the evening- apparently Roquette is not too keen on coddling its customers, for the fear perhaps that it might become a regular habit.

The restaurant is not consciously modelled on the traditional frippery emblematic of top-tier French restaurants and the like. The dark-wood floor is not carpetted, my white-topped table had no table-cloth. Elegant dark-brown leather cushions the chairs .Sleek lamps and lights embedded in the ceiling provide that archetypal discreet illumination,the place is flanked on one side by a bar, and on the other by a kitchen whose counter is widely open to the dining space. This last-mentioned arrangement is a doubtable choice- it may afford a bit of behind-the scenes theatre but...more about that later. My host for the evening was Colin -a friendly,middle-aged man who doesn't feel obliged to confer with you in hushed tones, unlike the custom in many other haute joints. He addressed me for the most part as "Sir"- a title which I refused when accorded by "juniors" in college as part of the "ragging/hazing" ritual ,but on this occasion ,gladly accepted as part of the fine-dining charade. Colin steered my attention to the alcohol menu- a guidance accepted without protest. By default I was going to requisition the golden drops of Budweiser but decided to jettison that arguably vulgarian choice in favour of a more appropriate purple-red potion.

A Shiraz christened as a "St.Hallets Gamekeepers.." harvest arrived- it proved to validate the switch from my trusty regular lass to a reserved but seductive one. 'Twas smooth, with a faintly tart note (the oak and berries i might have caught a whiff of, but the fruits flowers and rest of the orchard were lost on me)- it quickly glided down the gullet & made a persuasive case for an encore.

From a range of startes including a mezze plate, an all-star seafood chowder, a veggie bruschetta, char-grilled chorizo on tomato chilli gnocchi ; antipasto with pate,cured meats & assorted Italian side-kicks, I opted for a trio of seafood with a skewer of prawns'-n'-scallops,crab blini and manuka smoked salmon. Presented on a sleek rectangular plate, the contents might have tempted me to avail of a Man vs Food challenge wherein I have to serially wolf down each of the trio in 3 robust swallows! (presumably,the intention in such cases of frugally portioned offerings is to leave you begging for more!) Let me start in the ascending order of merit -the crab blini had a thick base of mini-pancake ,topped with a crab-slaw of sorts,and crowned by glistening caviar. Fresh crab by itself has such a inveigling taste that it it is not often necesssary to coat and unwittingly stifle pieces of it in a vaguely stodgy concoction attempted here. The caviar (faux or otherwise ,my palate is not sufficiently tutored to discern) popped genuinely in the mouth when biting into these tiny orange orbs- a notable textural contrast. At the dish center,on a syrup-dipped toasted cushion of bread,there rested without any danger of tipping off, a thin skewer of two medium-size prawns and two small cubes of scallop. The prawns were of the standard-issue cocktail variety: but the scallops- neatly caramelized and ensconcing a zesty succulent interior- packed a textural exuberance akin to meaty grapes & proved to be a fitting martyr to the cross. Nestling without glitz on the side and going on to form a perfect tackle from the left flank,was the manuka smoked salmon- the highlight of my meal. Topped with a creamy relish infused with mediterranean whispers,and crested by a couple of purple basil leaves, the cut of salmon had all of that delicate,gossamer flavour and silken softness hoped for in immaculately cooked fish. This would also be a good bet to convert those wary of piscine offerings.

Dishes which hint more at being midly sweet-n-piquant rather being outrightly savoury, do not appeal much to me but in this case I felt a lust for handsomely cooked duck in delicious sauce . The accoutrements to this dish were a further persuasion.The dish arrived- a richly dark heap of decent heft. Tasting it revealed the tragedy- the duck was not swimming in a commensurate bath. Yes,the firm kumara (sweet potato) was a wecome addition to sink the teeth in ,the melted brie was a valid enhancer requiring more than just the cameo it played, and the duck per se was also 'safe' but its dressing fell prey to the afore-mentioned concerns. The heartiness of this meat found little complement in the flavouring. The orange and rosemary could have been topped off with a layer of savouriness which was missing from the spiced apricot "chutney". Instead of being strongly exotic it ended up weakly esoteric, capturing none of the euphoric properties associated with the Indian chutney (which, when true to recipe, can be flavour bombs) after which this concoction here is named. The analogy I initially wanted to give regarding this main course was "a lusty lady clad in flimsy garb" but then realized that the example serves the opposite purpose!

Colin asked me whether the duck was alright, to which the answer was proffered in a few quasi-diplomatic words. He seemed to understand. On the upside, the service was certainly efficient, my glass of water was always promptly refilled ,and my gaze to summon the staff rarely went unrequited.

By this stage,I was well and truly craving for a dish of bolder flavouring. So instead of seguing to the dessert,I decided to have one more mid-course fling (the dear reader may note here that I am rarely a glutton, and when I do become one, it is by force of circumstances such as these). Colin caught my gaze and drew up with a slight grin. Reflecting a continuation of my aquatic fascination, an order was placed for Salt and Pepper Calamari, lime aioli,wild roquette and chilli tomato salsa. Hope was at its peak now to become ensnared by the hit of condiments in the requisitioned rings. The order arrived, and I gazed dismayed at the grave accident the calamari had suffered enroute from storage to table. They were spattered in red and shrouded in bouquets. The red was presumably the chilli tomato salsa which was leaching away any crispiness the calamari might have had, the lime aioli had joined in the fun to rob the crusty crackle of the batter.Salad leaves were sprinkled over this tangle. Salt & pepper,probaby aghast at being denied center-stage, had fled. Playing a paternalistic chef is acceptable when the dish actually goes on to wow you, but in this case I would have preferred the sour-n-sweet side-kicks to remain at their appointed side. Here,the calamari seemed too tired to have that zingy succulence,and the turmeric in them was more notable for having previously issued out of the kitchen's counter (which opens directly into the dining space) in expansive unpleasant waves presumably while the dish was still in synthesis. Overall, apropos this strictly average dish ,it appeared as if the chef was fighting against his better instincts.

At that stage,I was hoping for the little champion from 'Ratatouille' to dive into the kitchen and salvage the day! I wanted now to be relieved from my misery by 'Death by Chocolate', or some such sinful go-for-broke dessert. On beckoning him by gaze,Colin approached ,again with that sly grin ,as if suspecting that I would spring an order for an entire tasting menu at this juncture!

On asking for the dessert of the day that was proclaimed earlier, its title was again recited- "Strawberry cheesecake with white chocolate, and vanilla bean ice-cream"(with raspberry swirl). A wee while later this materialized on the table. Thwarted desire again!- Cheesecake with bits of white chocolate was unremarkable- not fully possessing that ingratiating smooth creaminess which makes cheesecake disappear quickly into the maw. Should it have been served a little less cold, which often "lifts" a cheesecake? Maybe, but I was past the stage of giving the benefit of doubt. The refreshing flavour of Vanilla "bean" ice-cream resting on and contrasted with a crisp disc sprinked with powdered sugar, was better .Overall this dessert is not ordained to induce that stunned writhing of the tongue, and gratified mellowing of the mind which may happen after tasting some of the creations of a true dessert fiend.

Colin issued his concluding pleasantries while collecting the bill. I stayed for some more time at my table to soak in the atmosphere ,then walked up to him,conveyed my thanks for the nice experience to which he responded in kind and also hoped to have me visit again.
The tariffs in NZ $- the starters occupy the late teens and early twenties, while the mains are in the early thirties. Desserts are in early adolescence. Good range of wines at around 10 by the glass. GST is 12 % .Given the whole experience,the prices just about manage to be par for the course. French Cafe in Auckland widely deemed to be one of the best restaurant in New Zealand charges about 25 % more. If at all Roquette wants to increase its prices in order to further evolve its delights, sure! let them go ahead with it, as long it takes meticulous care to gift a close-to-perfect 5 star experience to its diners. Such bliss eluded me during this visit. I'm not fully sure whether Roquette can be expected to scale the peaks conquered by top restauarants in the big cities, this will be confirmed during subsequent visits to this place. The Wharf Shed- another restaurant of note is close-by -I'll visit it soon to find out if it compares with this one.

Being a creme de la creme restaurant requires a thorough study and implementation not only in culinary craft but also in the psychology of service. Roquette does not rocket to the heights of either of these disciplines,but since I am reasonable, if nothing else, I shall grant that it does not badly falter on both of these counts...Part II awaits.

PS: I did not have a decent camera during my visits to this restaurant. I was more concerned with trying to be an old-fashioned critic rather than a blogger. 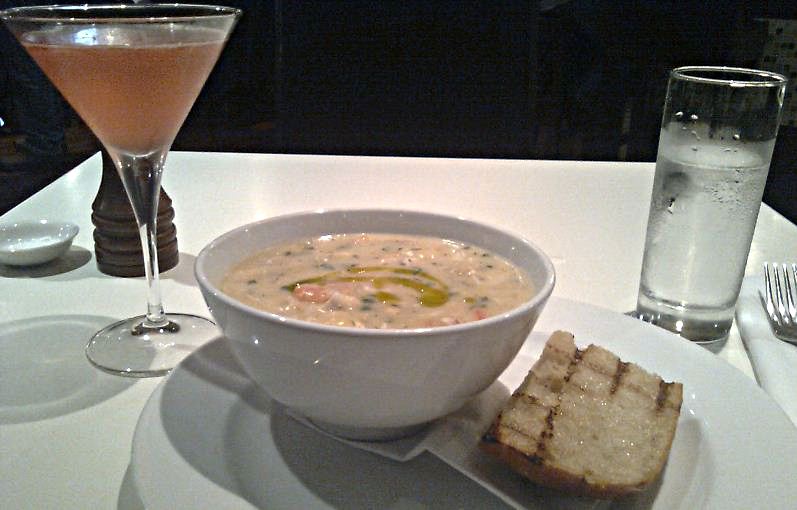 Whakatane Downtown! (Nicholas Roeg would have no problems here with his 'Wild Vs City' spliced montages from 'Walkabout'.) 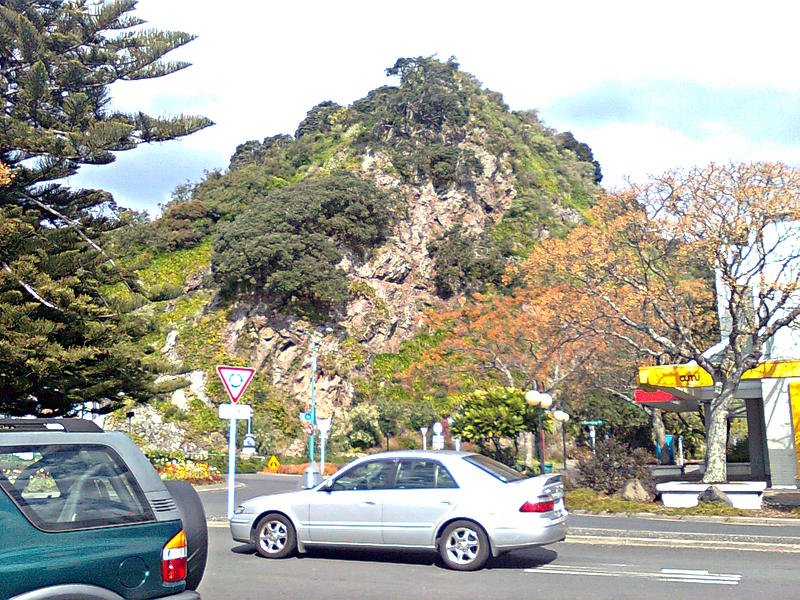