The entire reputation of Central Tiffin Room Shri Sagar Malleshwaram is built upon their Benne Masala Dosa - its exterior texture is that of embroidered silk, with a lacy interior. When folded, it does not break, but allows itself to be folded into a voluptuous roll of gorgeously roasted rice batter that sports a colour of glossy brown.The pedigree is unmistakable, but for me the "wow" factor, unfortunately, was difficult to find.

The eponymous benne or butter does not fill the mouth with its slick wallop or intense richness, but as soon as one stops tasting the Dosa on its own (I do this for the first three bites with any Dosa, masala or otherwise) and starts consuming it with the accompaniments, the speed of eating accelerates steeply. The yellow potato 'pallya' , neatly ensconced inside the secure folds of the dosa, is a restrained but enjoyable blend of potato and onion,not unlike a chunky pommes lyonnaise. Two types of chutney,both with fine liquid consistency, are served -a coconut version with a small undertow of green chilli, and a mild coriander variety. If you're ravenous, you can polish off 3 orders of this Benne MD before getting up with a pleasantly heavy stomach, and even if you're not hungry, you can be persuaded to eat at least one.

It was on the late afternoon of a public holiday that we entered this highly popular establishment situated in one of the more genteel suburbs of Bangalore - Malleshwaram. Just as its doors opened at 4pm, we entered and so did a steady stream of people who continued to pour into the place as we left it 35 minutes later. Cream-washed walls, plastic-laminated wooden benches, and black granite-topped tables form the unremarkable ambience here - an archetype of old-style cafes and canteens all over Karnataka. Service passes muster, and items, except for the Masala Dosa which obviously takes more nuanced time to prepare, are delivered at a brisk clip.

The very first item delivered to our table were Mangalore Baje, also known as Goli Baje. It should have performed the function of an amuse bouche. The ideal Goli Baje are fluffy love balls, slick and slightly crunchy on the outside, while within, the petite body blooms with delightful softness. They are prepared by bathing them in sizzling oil ,with maida being the main player.But the versions served here lacked that perfect yielding sponge-effect - the resistance to bite tipped over the crucial point.

As I'd had my fill of Idli Vade in the past month, and as CTR Shri Sagar's duo was not billed to be life-changing, I gave them a miss, and went on to order a unique Bangalore spin on Idli - Rava Idli - these complex semolina cakes are enhanced with yoghurt and a tempering of spices, often topped with cashews. But the version here was a sadly unadorned version, lacking both moistness and the simmer of blended flavour.

Maddur Vade , a lesser-known snack of Karnataka, was excellent -easily one of the better ones I've ever tasted - semolina mixed with yoghurt and onions, and the disc then deep fried. This is difficult to get right - many versions either end up too thin, too thick, too oily or too piquant. Ours struck a superb balance, delivering a nuanced array of flame-enhanced tastes. Dunking this crisp delight in coconut chutney is another excellent idea.

Tariffs are economical - Benne MD Rs. 30 , Maddur Vade Rs.18 ,and a tenner for Filter Coffee. The latter is unremarkable here, the taste sometimes tilting towards that of an undesirably piquant decoction, rather than building a powerful balance. But the food easily compensated. The Benne Masale Dose here is leagues ahead of its ordinary brethren, and though it may not run away with the top prize, it is a legitimate contender amongst the champion MDs of Bangalore. 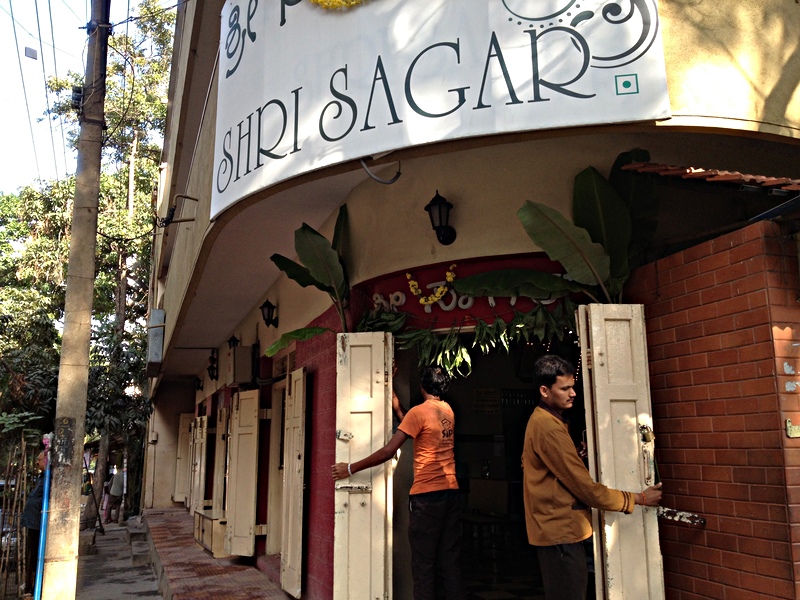 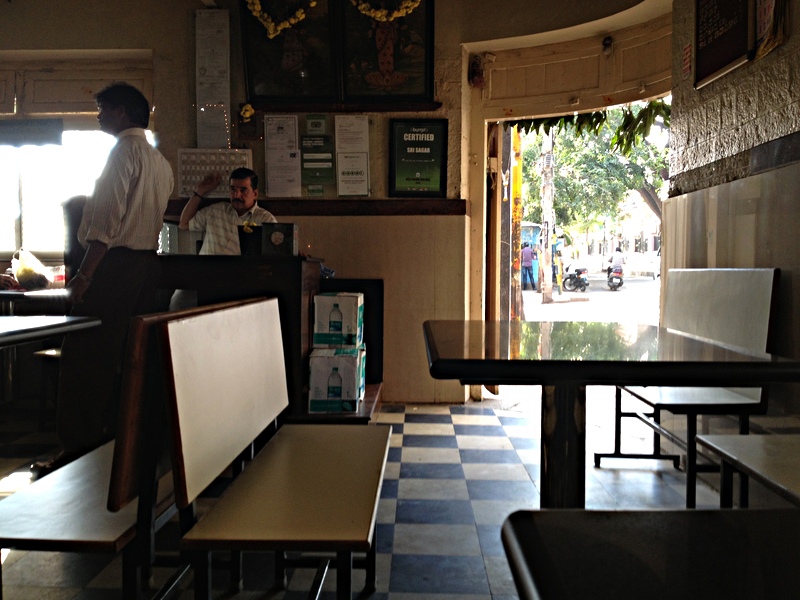 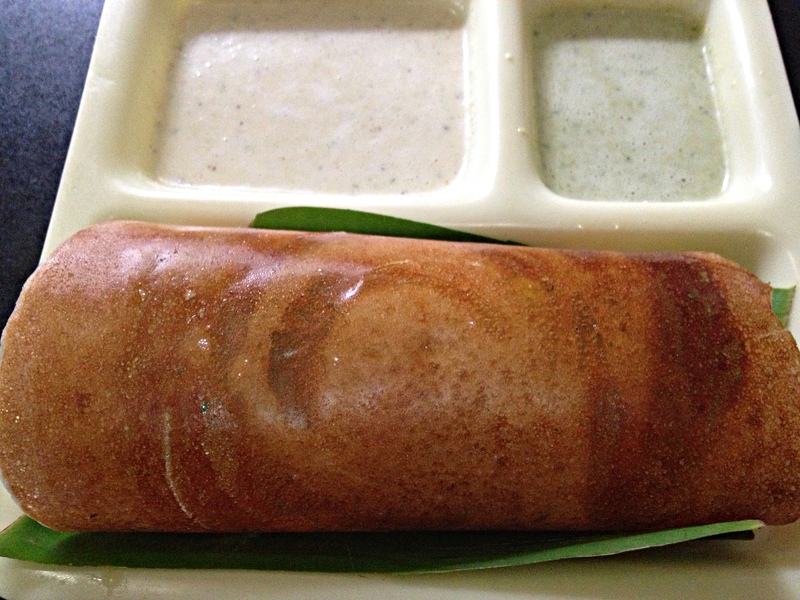 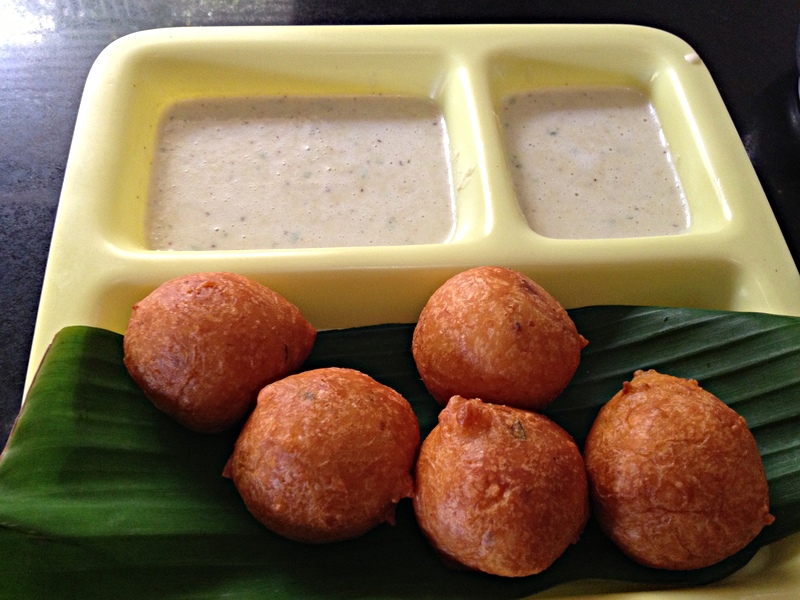 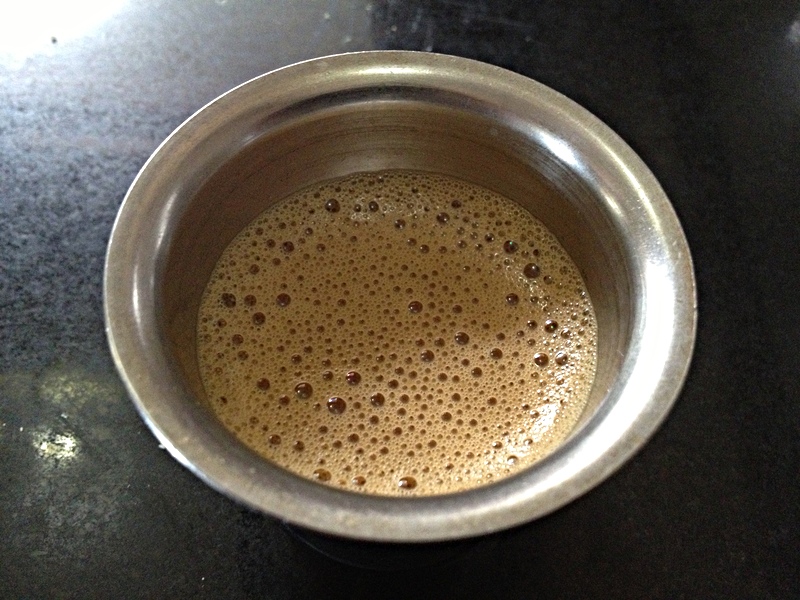