In this age of the “taste tourist” who crosses sea and land in quest of culinary nirvana, the potential for disappointment is ripe. Expectations are sky high, the chef does not get too many chances to impress and for mistakes to be forgiven, and as you don’t stay in that particular restaurant’s region, you don’t return often for a fuller range of the kitchen’s ability. It is, to be fair to both parties, not ideal for both patron and chef. This state of affairs affected my enjoyment during visits to some of Australia’s best restaurants during a 2014 trip to that unique country. Luck was not on my side, and my quietly demanding state of mind that arises in top-rated fine-dining restaurants, left a lot of valencies. Chef Peter Gilmore’s Quay is the earliest and brightest entry in my mind when thinking of culinary Australia’s crème de la creme. Situated in the country’s most dynamic city - Sydney - at the harbour with excellent views of the famous Opera House and the Harbour Bridge, with its elaborate, delicate plates of food often pitching into the world’s top restaurant lists, Quay was always on my distant radar. Calling two months ahead instead of earlier , I was lucky to get a reservation but unfortunate at the same time because a massive cruise-liner, the staff forewarned, would be docked right beside the restaurant windows thus blocking off views of those landmarks. Rescheduling my whole trip to get around the timetable of this obliterating behemoth , or plotting nefariously to get that ship’s ass out of my way on that afternoon, were both unappealing to me, so I accepted my lot , hoping for food and top-class service to call all the shots. 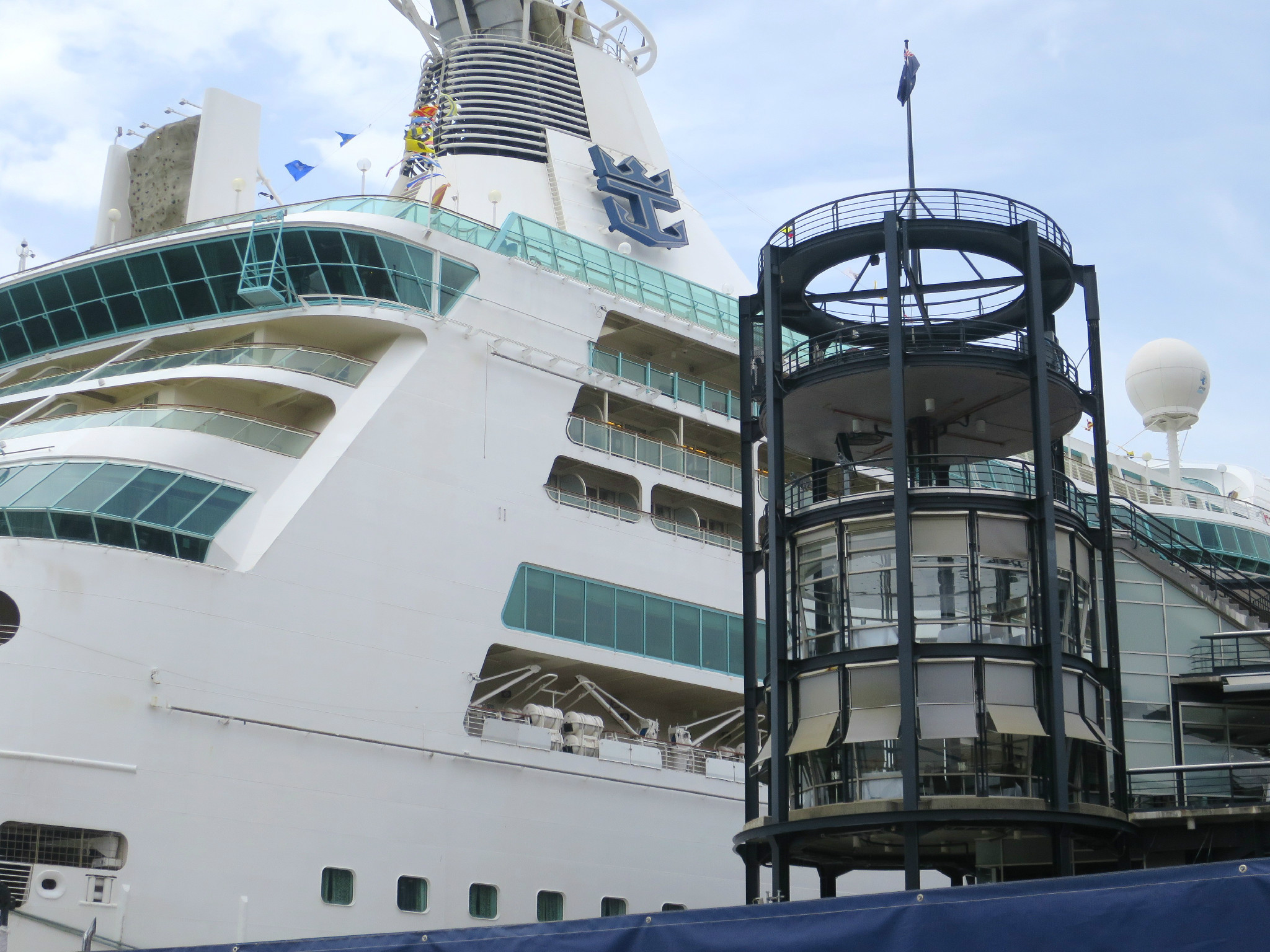 But they had mollified me during that phone confab by saying that I’d be given a seat offering unobstructed views of the Harbour Bridge at least. E Day (“e” for putative “enjoyment“) arrived, and after a productive photo-clicking and posing session involving the afore-mentioned waterside attractions, I was about to climb the stairs towards the restaurant when I realized that my debit cards will not arrange for leaving a direct tip into the waiters’ hands so twenty minutes after a dash and wait at a nearby ATM, I was welcomed by Quay’s team and led to my table. Dark blue carpeting and continuous mirrors along the wall opposite the windows created a sense of flowing space and a rather modest sense of luxury , more in tune with a first-class airport lounge rather than a knock-your-socks-off opulence. The view, as expected, was blocked by the cruise liner’s bulk and my promised seat on the far side of the restaurant was not offered - arriving at last at the world-famous Quay I completely forgot about the promised vantage seat and by the time I remembered after the limited wow factor had died down, it was mid-way through the meal  at which juncture I was too weary to bargain. 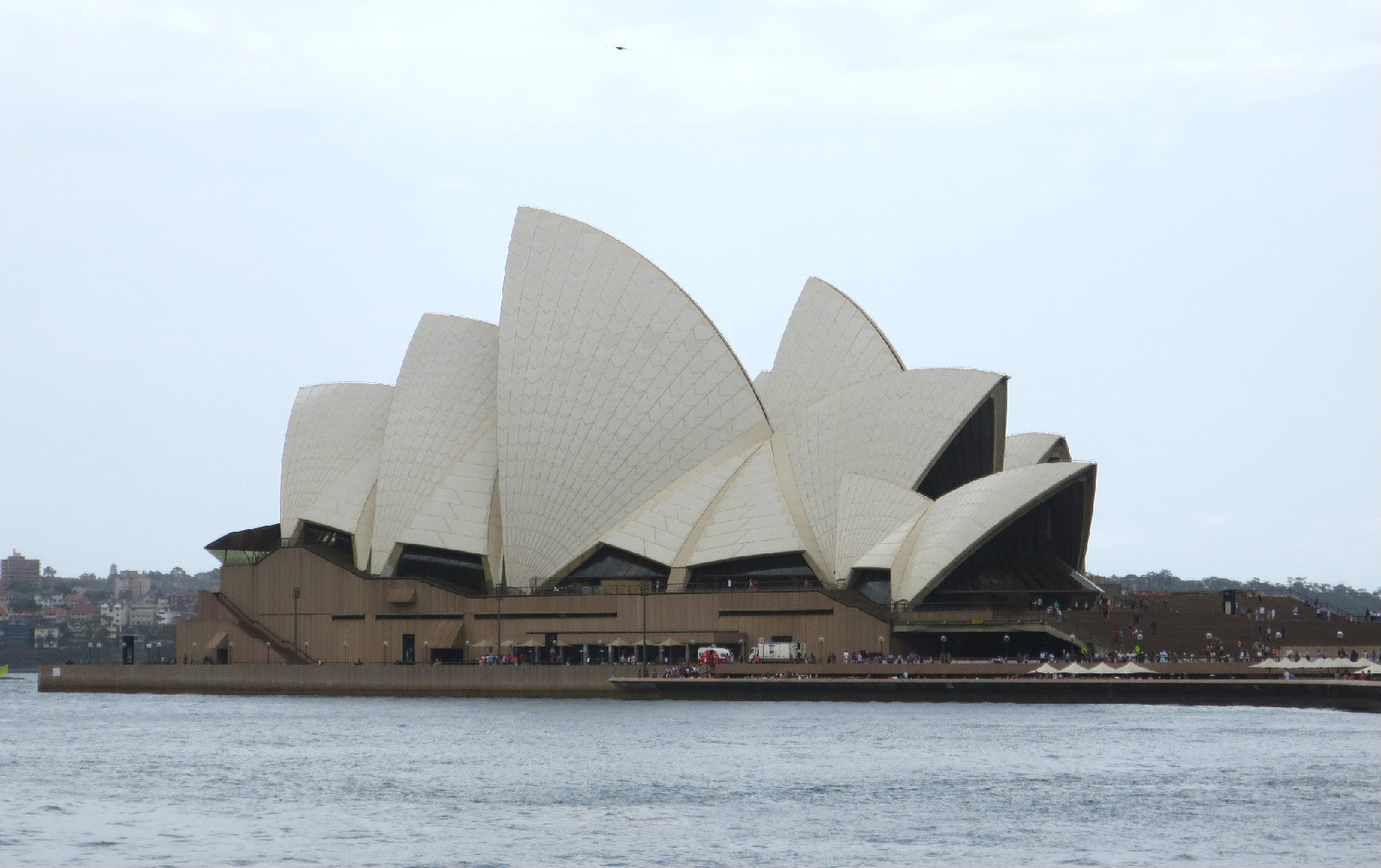 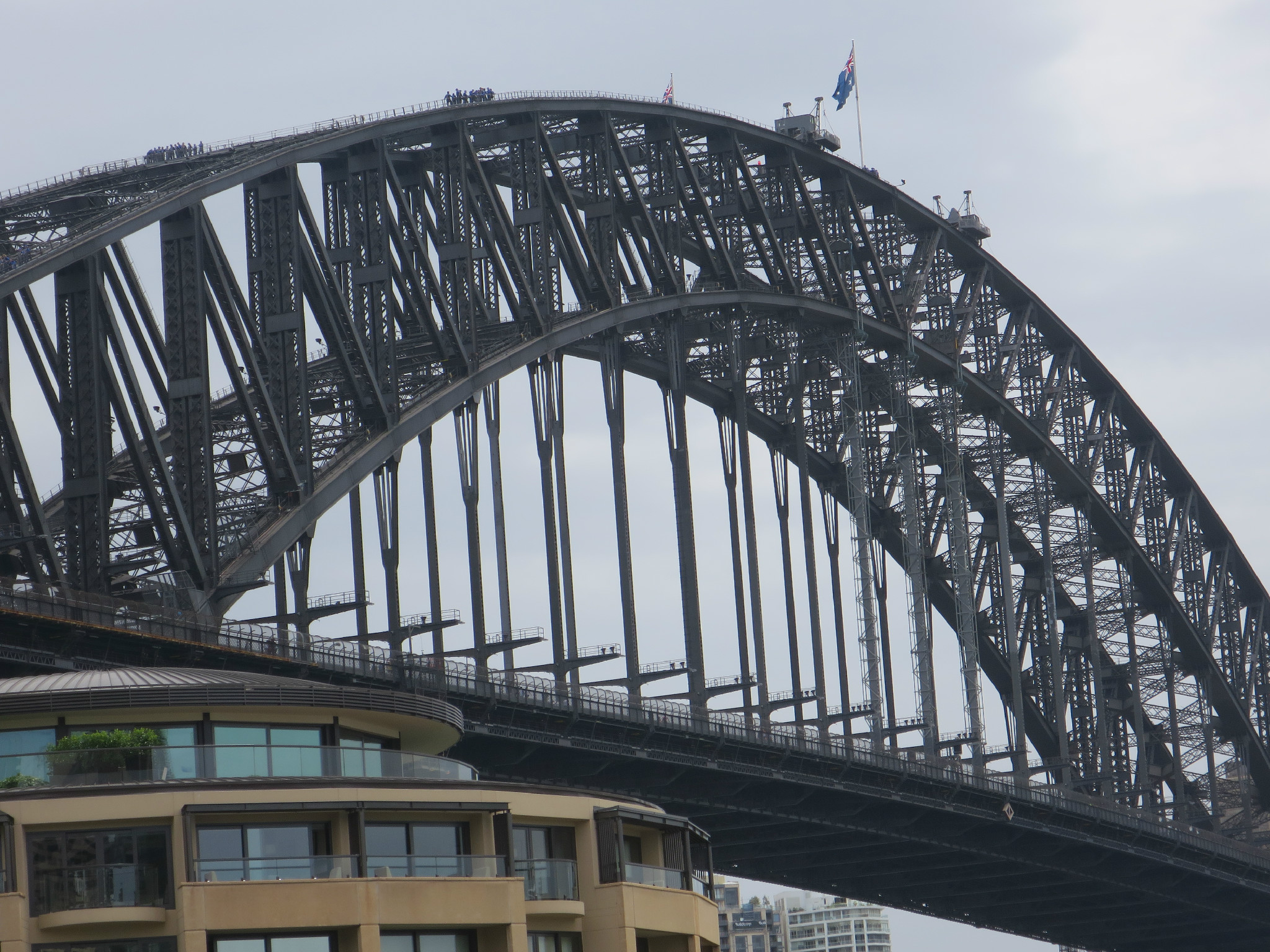 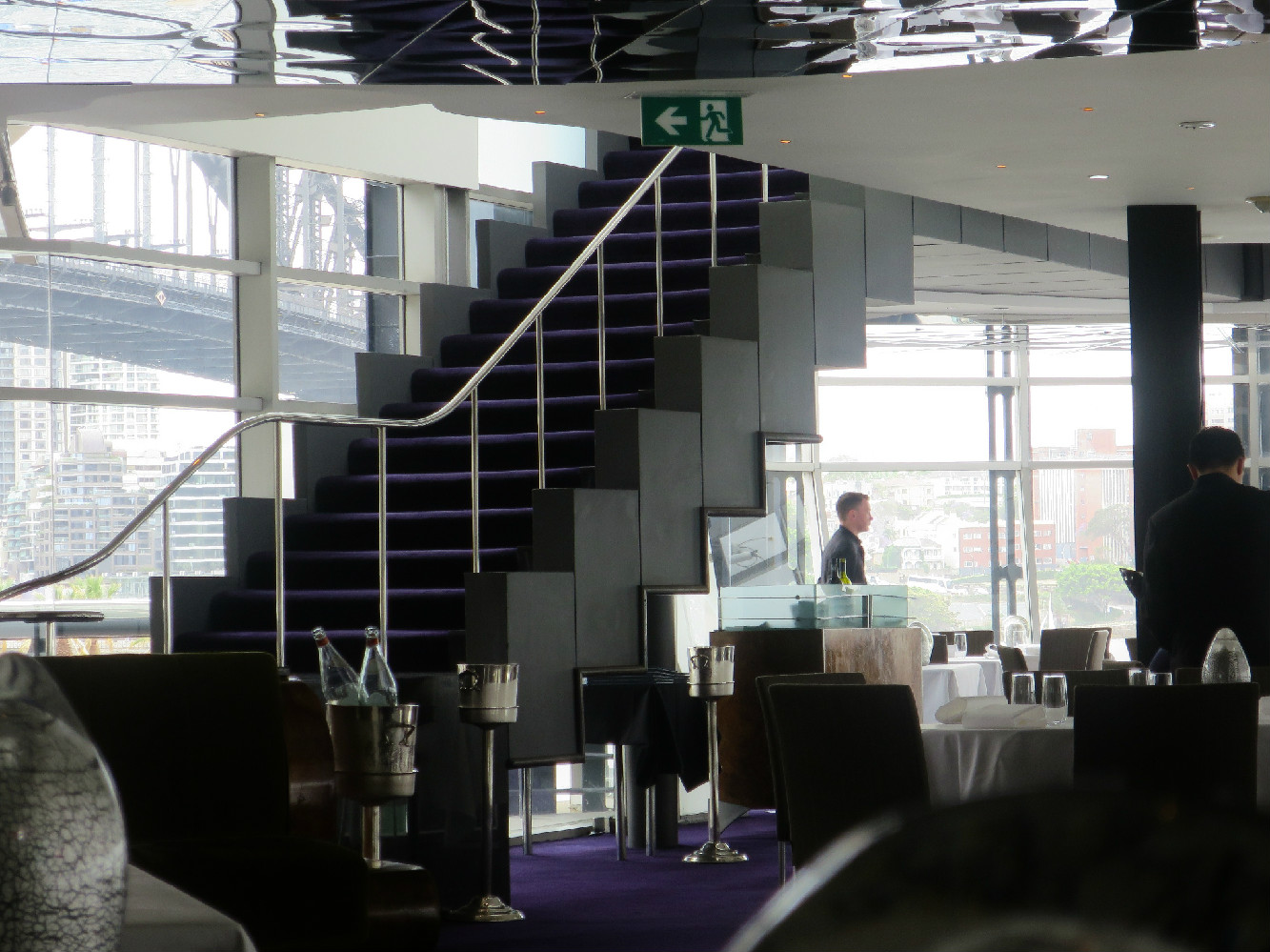 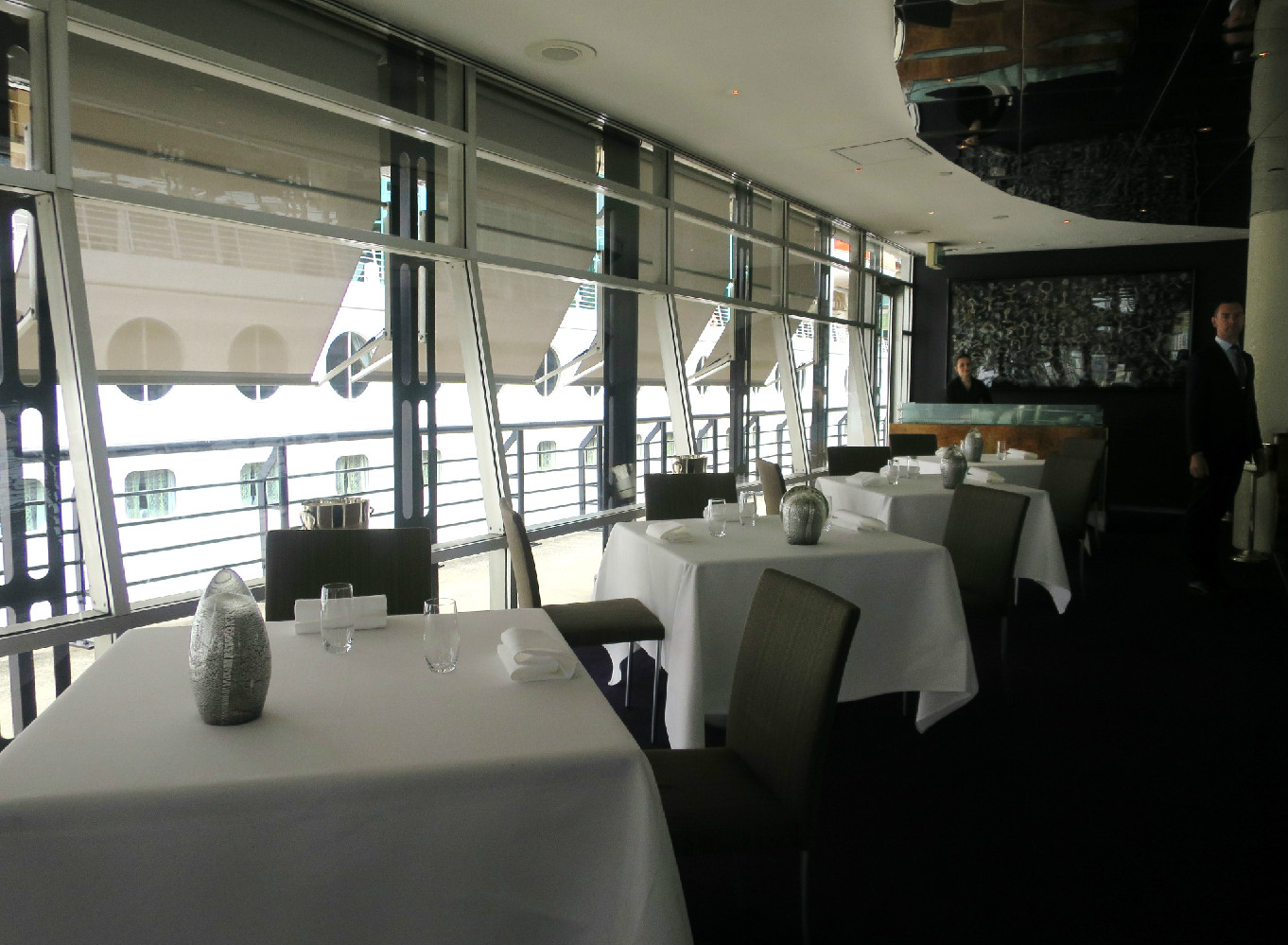 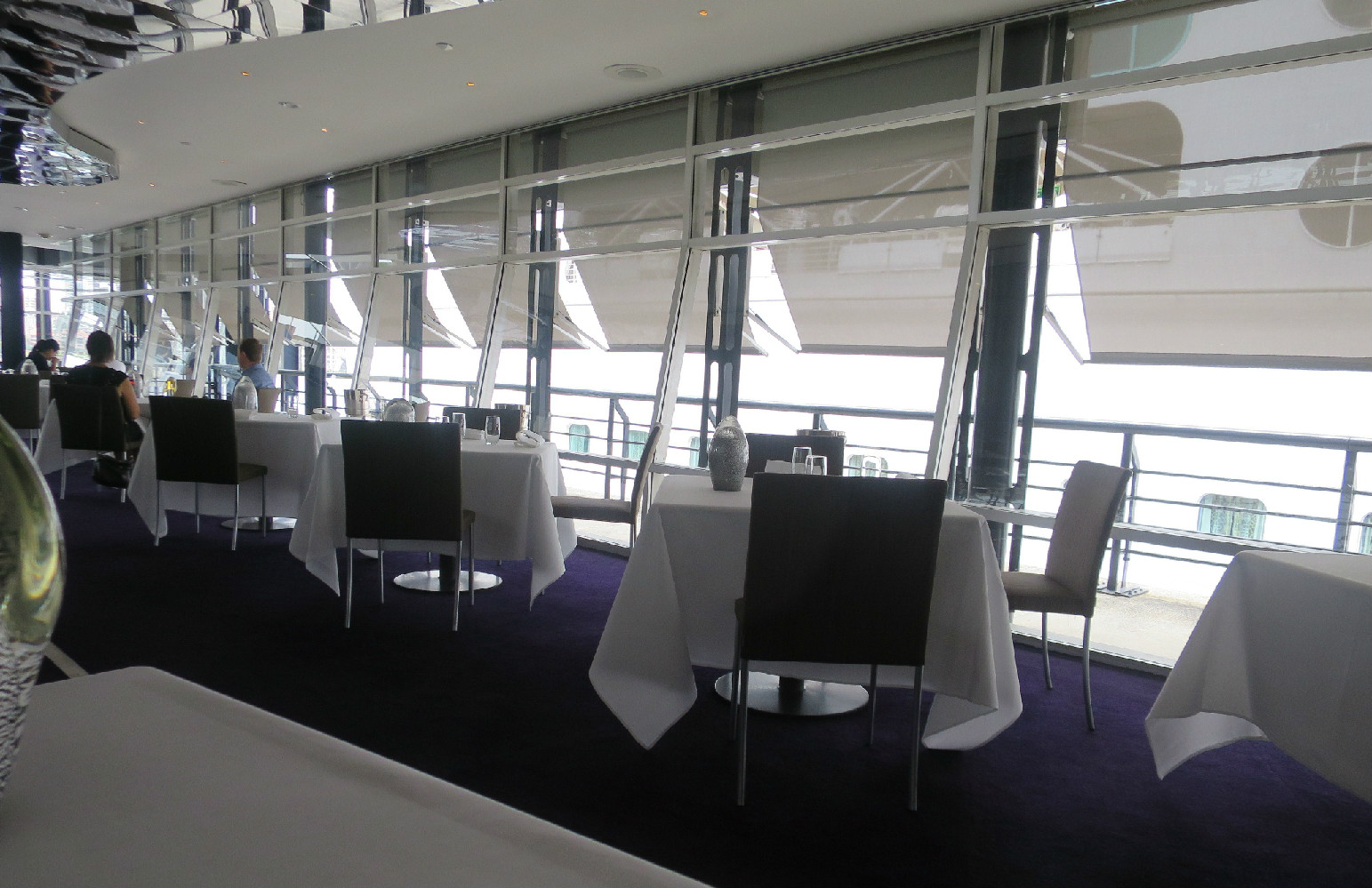 Oral affairs , anyway, commenced auspiciously with “Quay Butterfly” - a memorably superb cocktail. It splendidly blended the kick of Absolut vanilla vodka , creamy notes of butterscotch Schnapps, and the citrus nip of Toschi limoncello. The drink was advertised  on the menu as a “smoother sweeter” treat - I’d be damned if I disagreed with that. 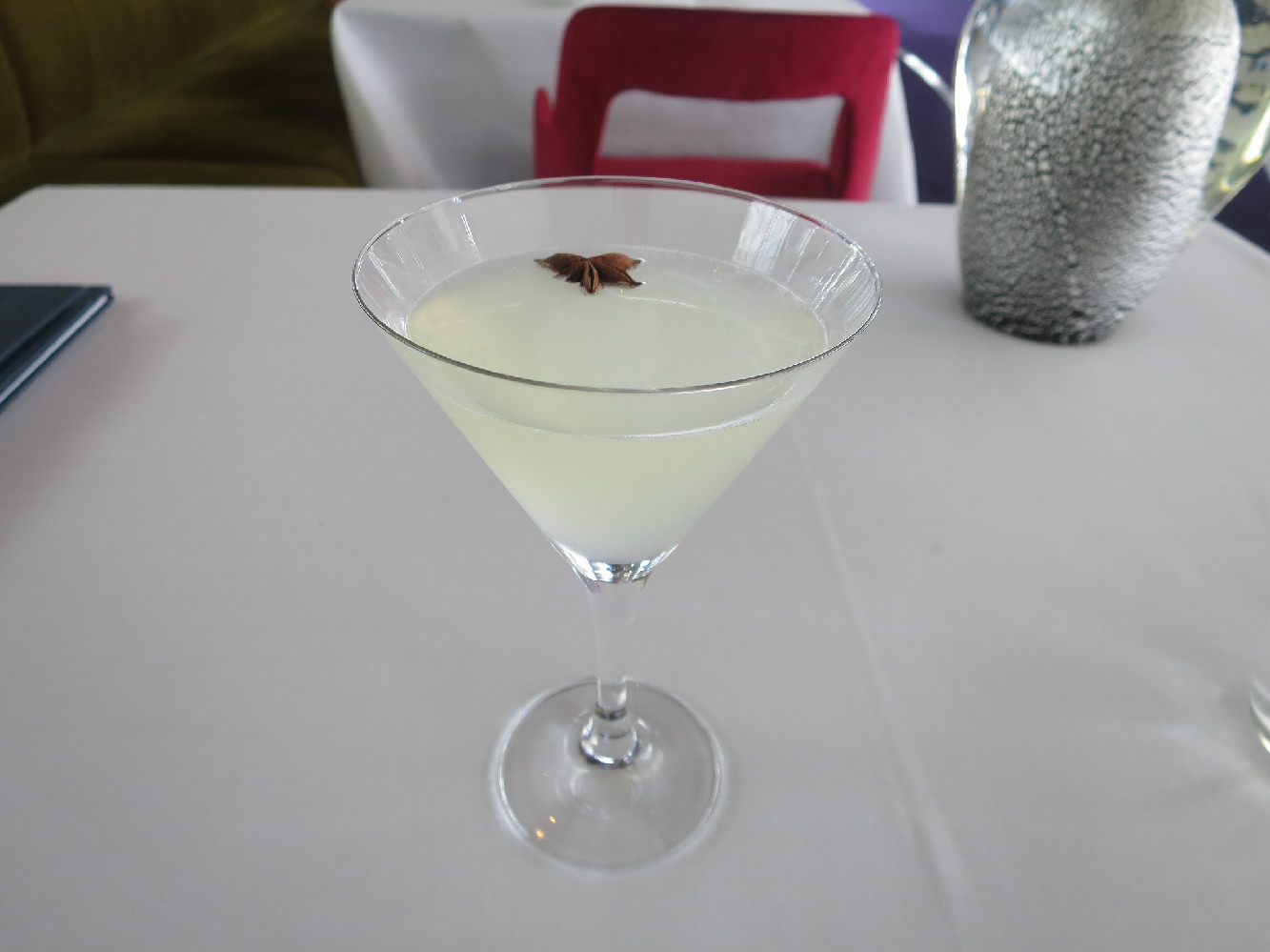 Quay’s first overture ( never mind that the Opera House was blocked from view) was the kind of syncytium that I had expected from Peter Gilmore. A jelly of smoked eel neatly conveyed its intended flavour, tenderness distinguished saltwater poached chicken , but the greenlip abalone you could barely taste. Still at the end of it, the cultured soft symphony of it all, minimized my gripes. Architecturally unique compositions continued with a congee of North Australian mud crab - the egg yolk emulsion on top had a bisque-like comforting creamy richness, and thin slices of palm hearts tickled my cockles because this ingredient which is very rare in the Occident, with its delicately crisp whispers of coconut soul, brought back redolent memories of the Orient. The congee alas was geriatrically ho-hum and needed crab of brighter flavour to perk it up. 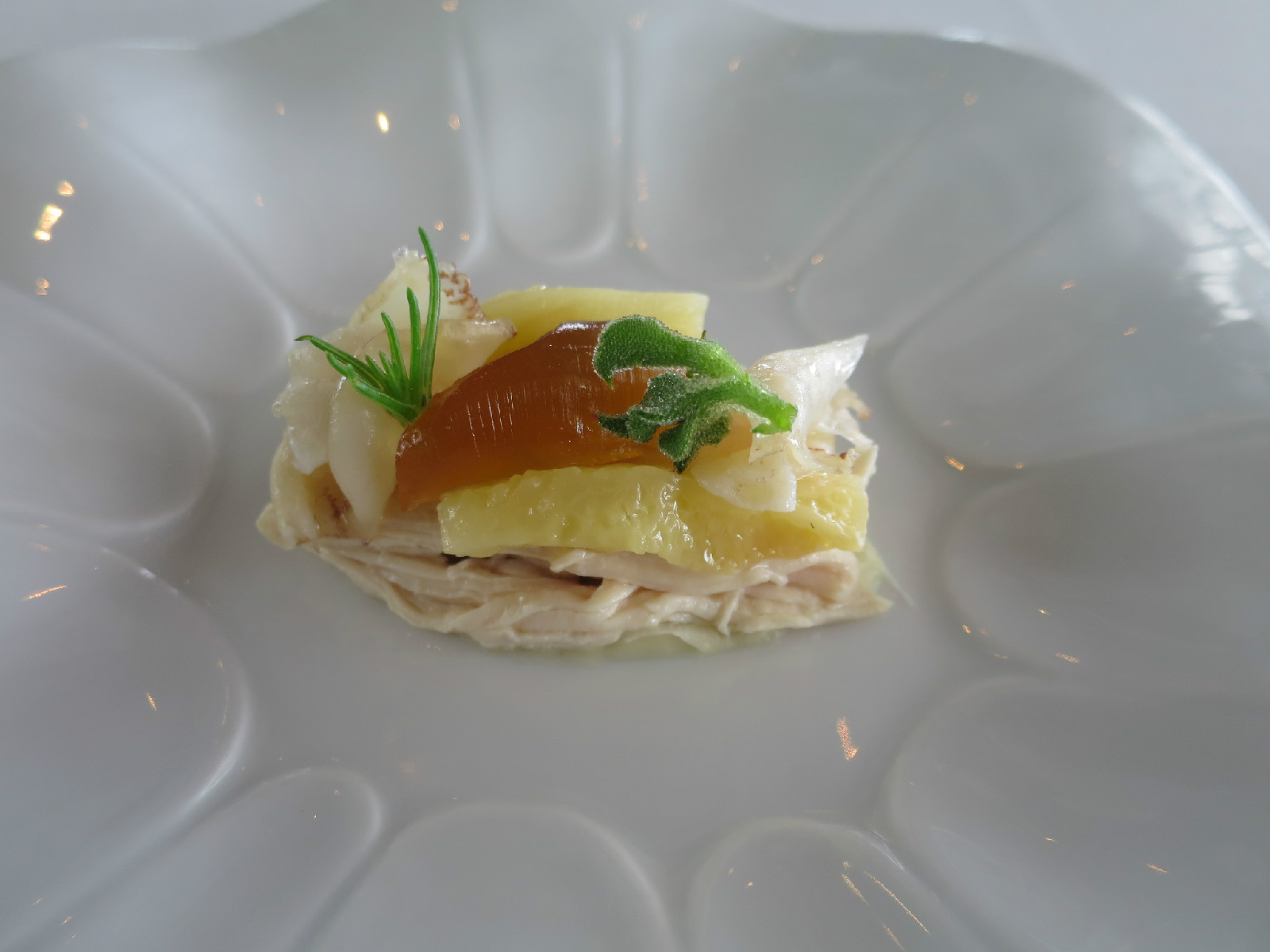 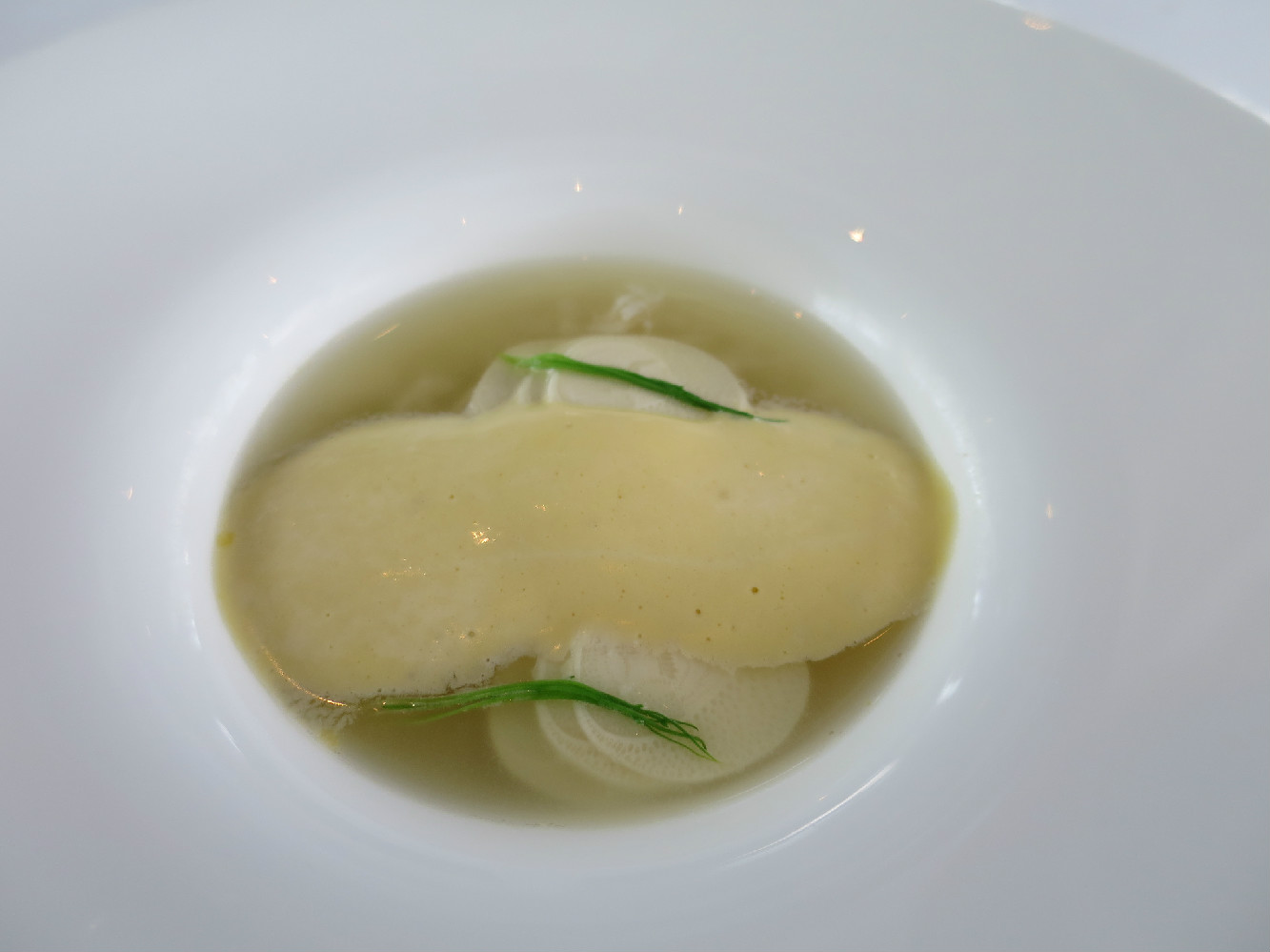 Smoked and confited pig jowl had an agreeably tender bacon-like flavour but Gilmore’s choice to blanket it with crunchy, sometimes hard bits of sesame and roasted koji rice nearly destroyed the dish. Some of those hard grains lodged firmly in my teeth and I , in the interests of savoir-faire, had to repair to the bathroom to extricate them rather than risking the same procedure at the table with a fork’s teeth. 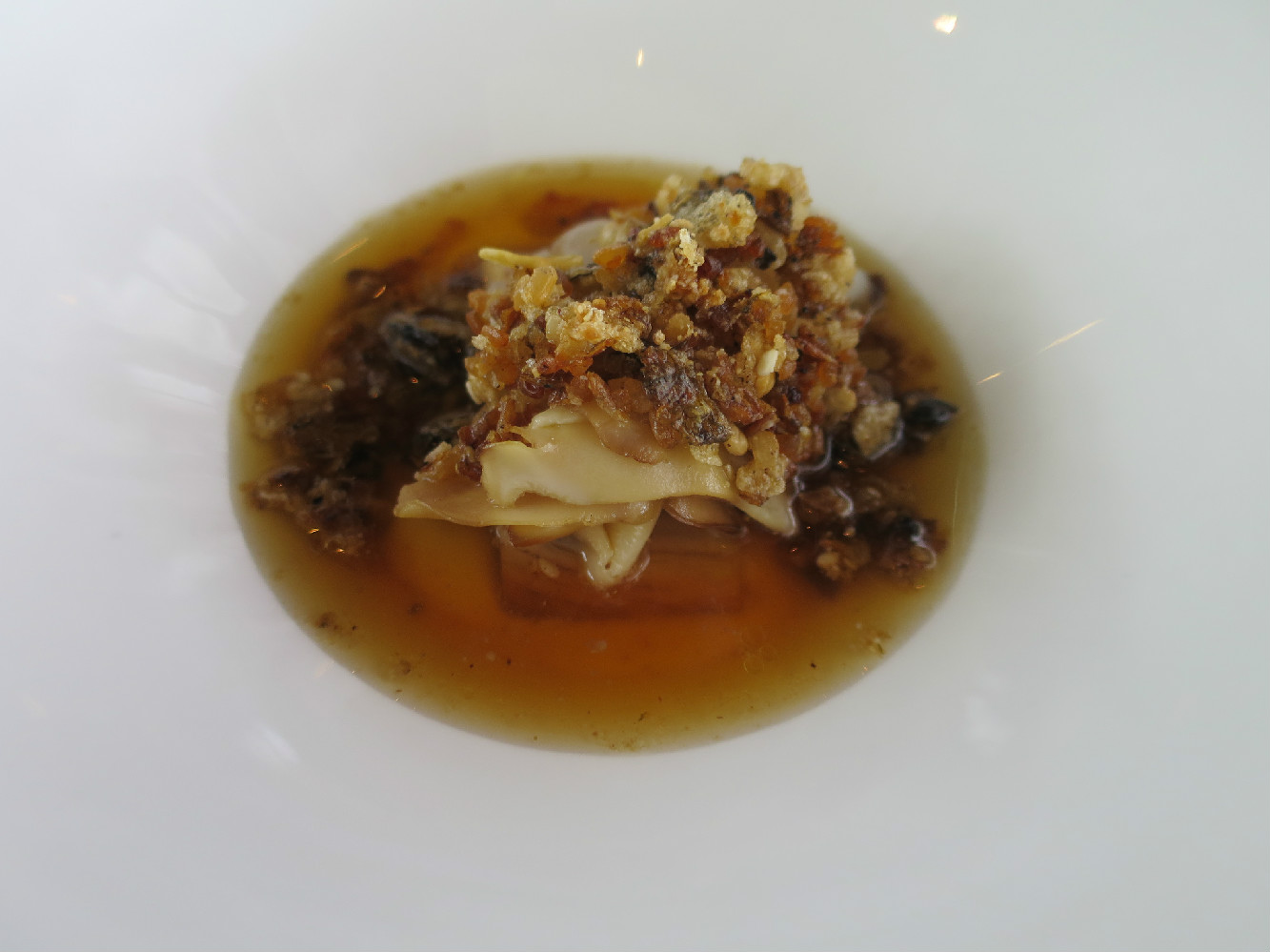 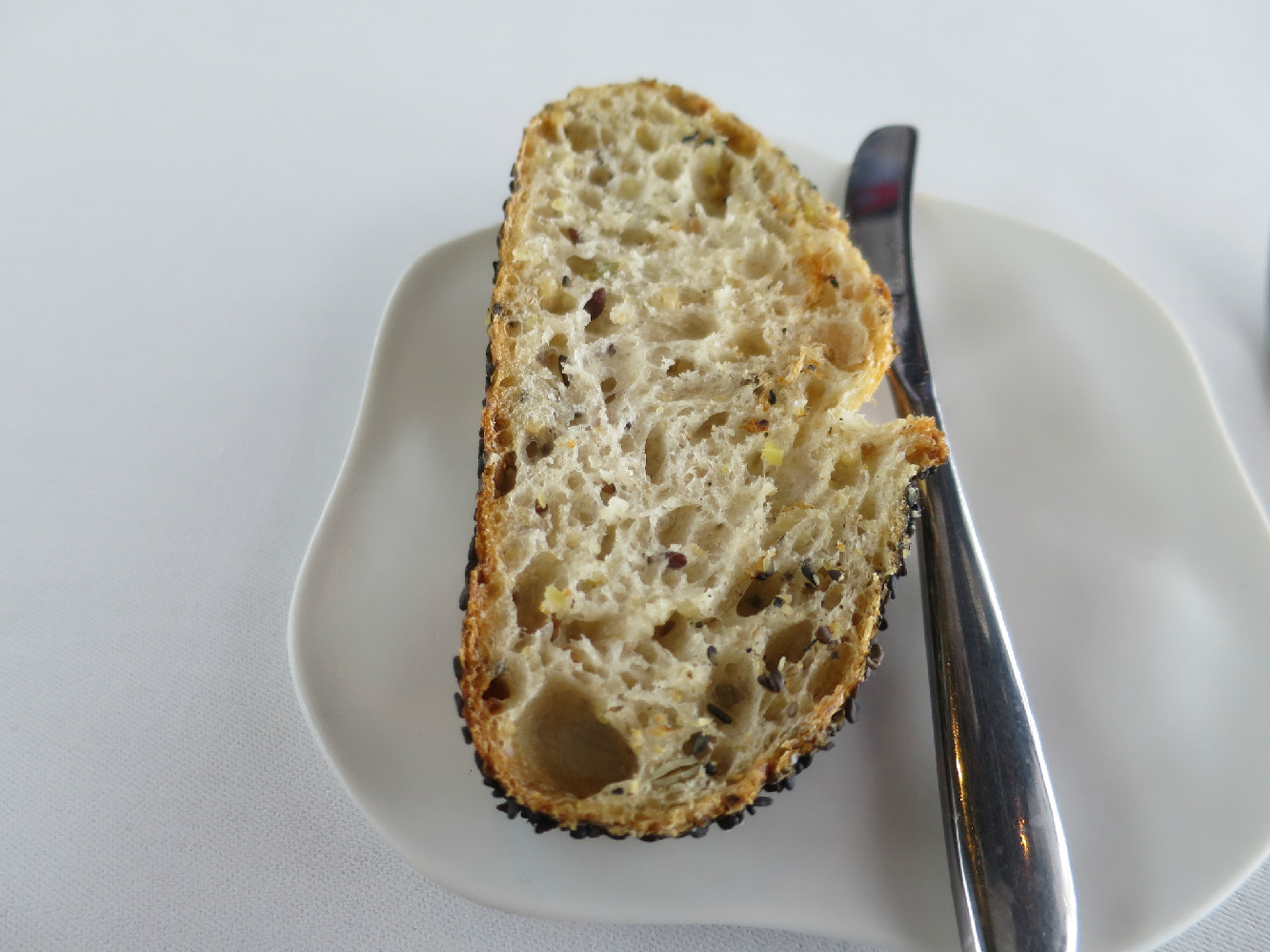 By this time, I had reconciled to missing the outside views and was focusing more and more on how the restaurant interior would impress. The service of the staff’s suited ladies and gents was good and polite, but there is nothing here which will make you itch to get back into the care of these people. Moreover , when I had to ask a waiter twice to get me a glass of iced water, there was not even an apology from him for being forgetful. The meal now moved into the mains - and “5 Textures of XO Sea” promised grand drama. A cross-section of the sea’s usual seductive suspects - prawns, scallops, squid, octopus and clams were nestled in the dish which was anointed tableside with XO sauce poured like tea from the top - ‘twas easily one of the weakest dishes on the menu. The sauce lacked body, and the myriad seafood, barely distinguishable from each other, had little soul (you don’t expect them to have it after they’re out of sea, but you know what I mean). In a restaurant the supposed caliber of Quay, the title had made me expect a five compartment dish, each section sporting one of the five seafoods cooked in different ways with different sauces .Charge a $100 or even $200 extra over the usual bill but wow me please… 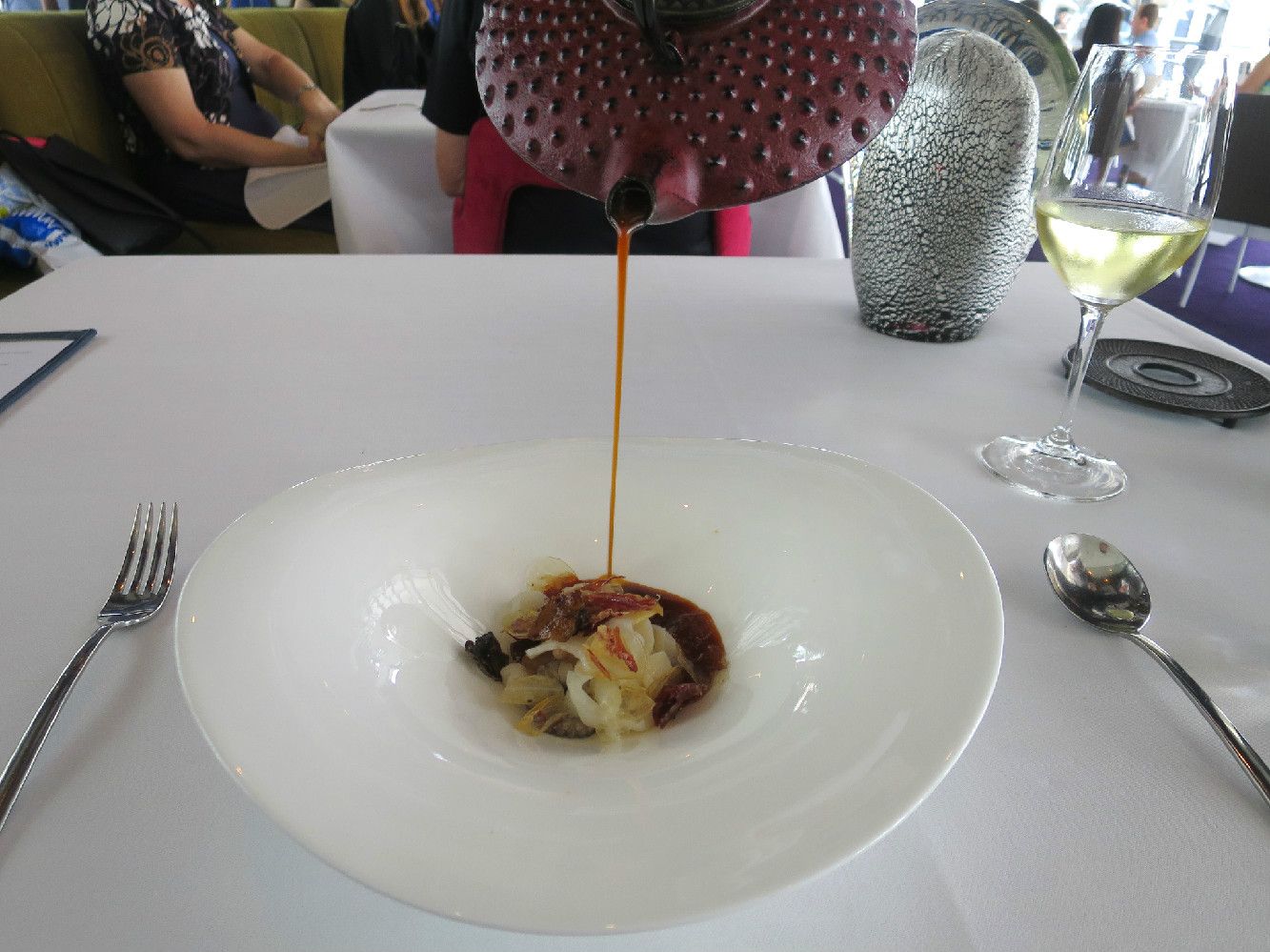 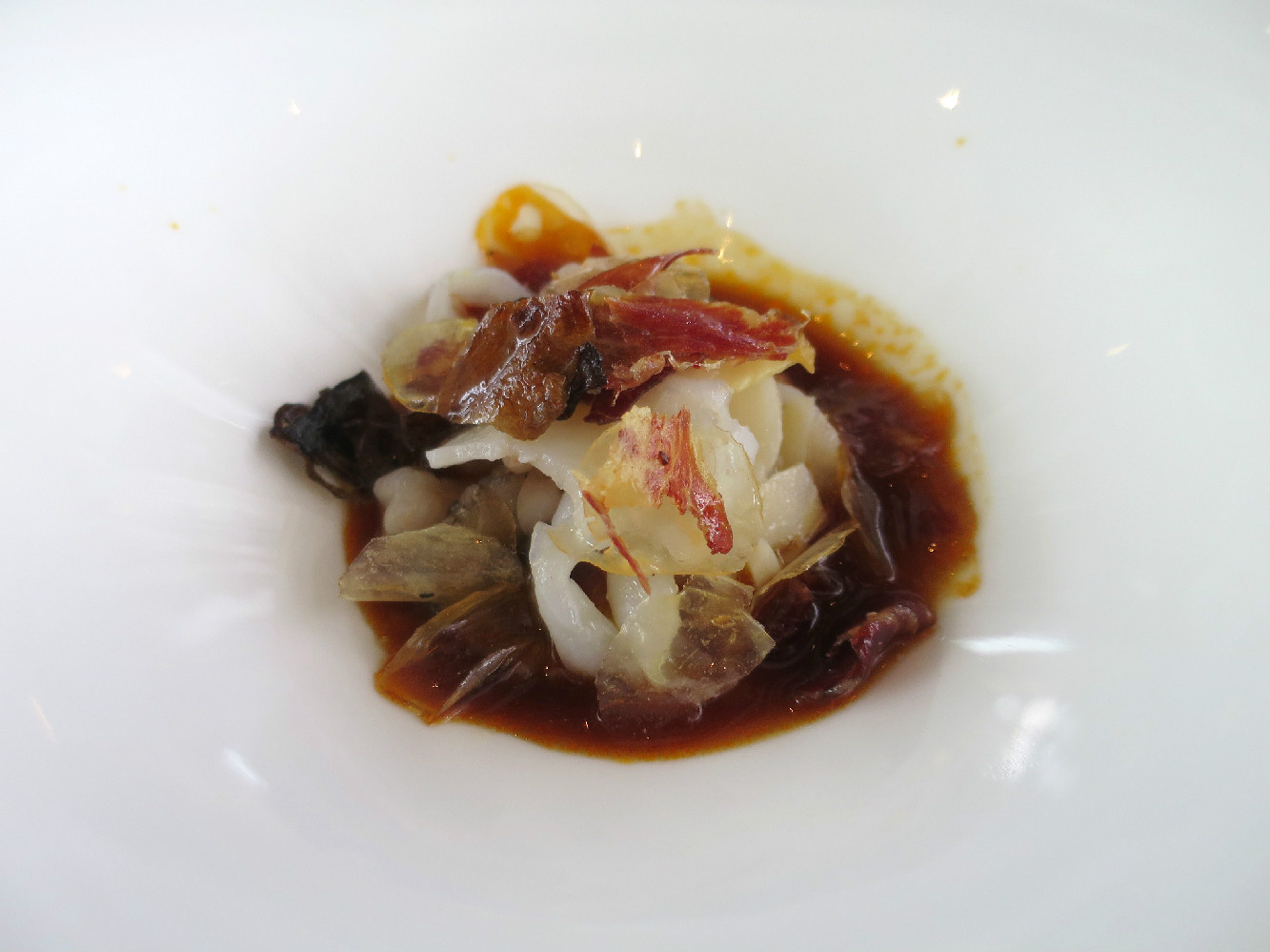 The practice popularized by France’s leading (and also bleeding-price) culinary establishments , like Ducasse’s L’Arpege and Monaco’s Le Louis XV, and neo-American centers like Manresa, of using vegetables as show-stealers by themselves, had made me look forward to a similar phenomenon in Quay since Gilmore’s “product-driven” mantra is often propagated in the news. For an Indian like me , stunning vegetable preparations are a “been there, done that” thing, but fantastic-tasting au naturelle vegetables, with barely any spice or sauce, are admittedly very rare even in a vegetarian paradise like India or far that matter in my current domicile of eco-rich NZ . So in Quay I expected something on the lines of a cherry tomato that’d pop me out of my mind, or peas that’d detonate the senses. 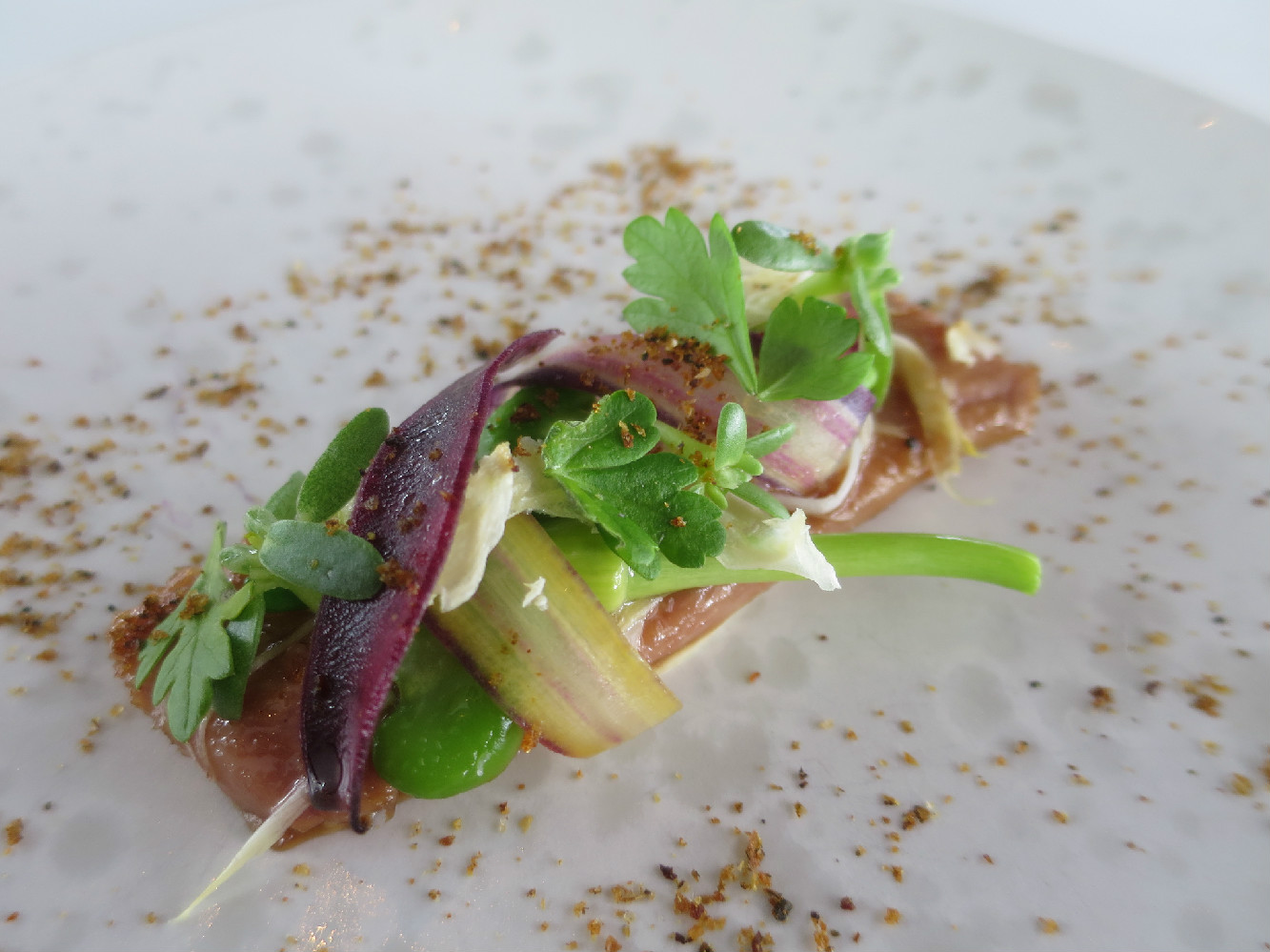 The menu’s last offering before dessert had broad-bean pods sitting on top. Flicking off one specimen, I tasted it with high hopes. Resonant vegetal zip remained a phantom, as was the sauce, and the thin, meager cut of lamb underneath was tender but nearly tasteless, as though both meat and vegetable had been thoroughly washed off most of their essence. Putting extra words in the menu description “Flinders Island Grass Fed Lamb” had alas not succeeded in putting extra taste into that slice.  This “dish”, especially in light of what had come before it, flummoxed me  - was this really the great Quay of stunning food that I’d heard and read so much about? Gilmore for some reason will not let a cut of plated meat expose itself to the harsh outside world, so tender slices of duck that came next were totally shrouded by toasted rice and barley. That unpleasantly crunchy coating, no great shakes and surely not a suitable nor a superior  replacement to a well-roasted natural exterior, stifled the already delicate taste of the duck. 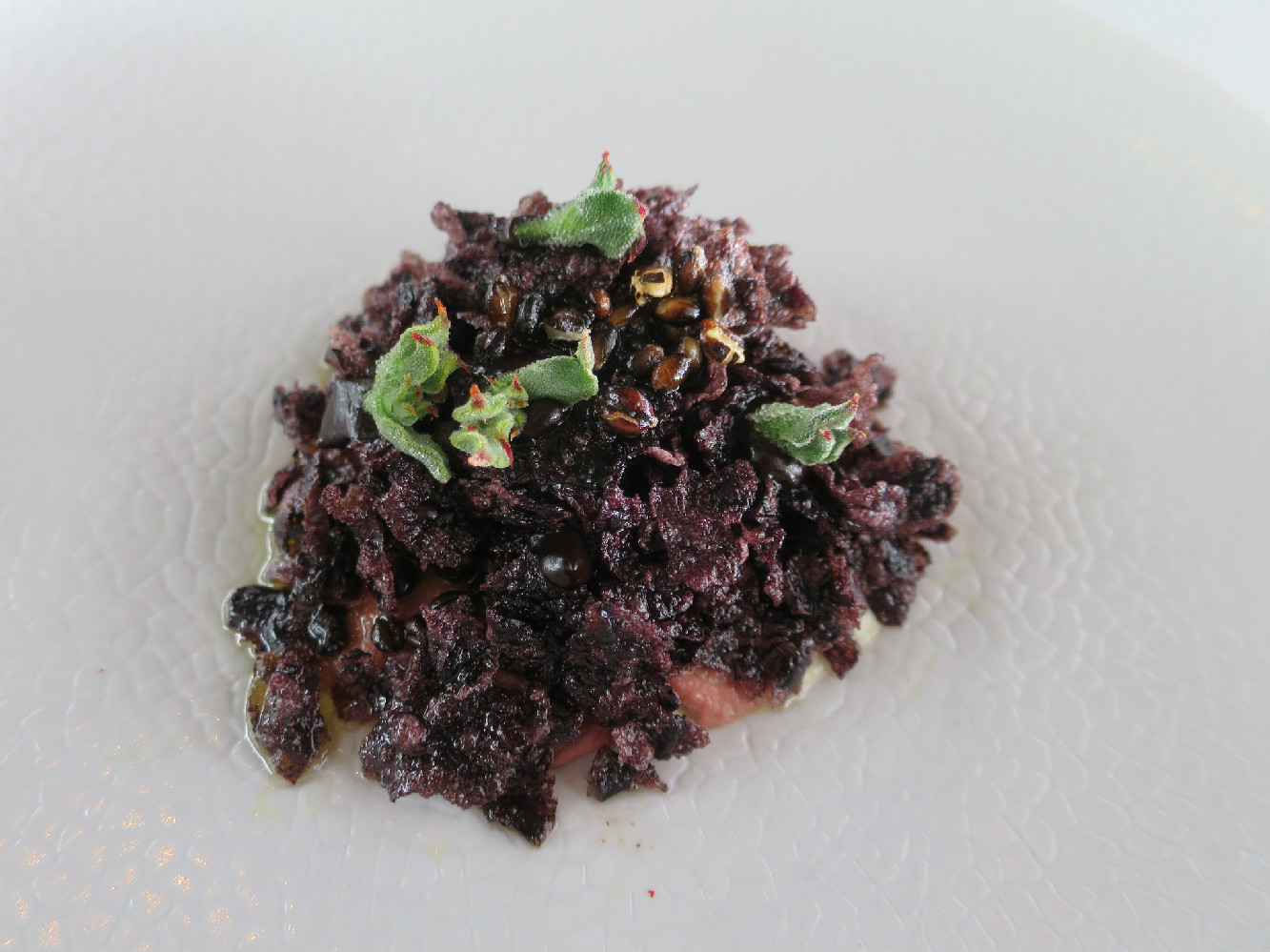 Peter Gilmore’s desserts have become more popular in the public eye, than have his savory creations and my meal justified why that was so. His famous “Snow Egg” - the first offering from the sweets that afternoon - is no doubt a special and wonderfully balanced dessert though its novelty was precluded for me as I’d eaten an excellent version of it years ago in Wellington’s White House. Your spoon cuts through a crisp caramel coat, slices past an egg custard and reaches a sweet nippy core of nectarine ice cream. Go through all the way to the bed of the glass and you scoop up good ol’ vanilla - all this is gheraoed by refreshing nectarine granita. 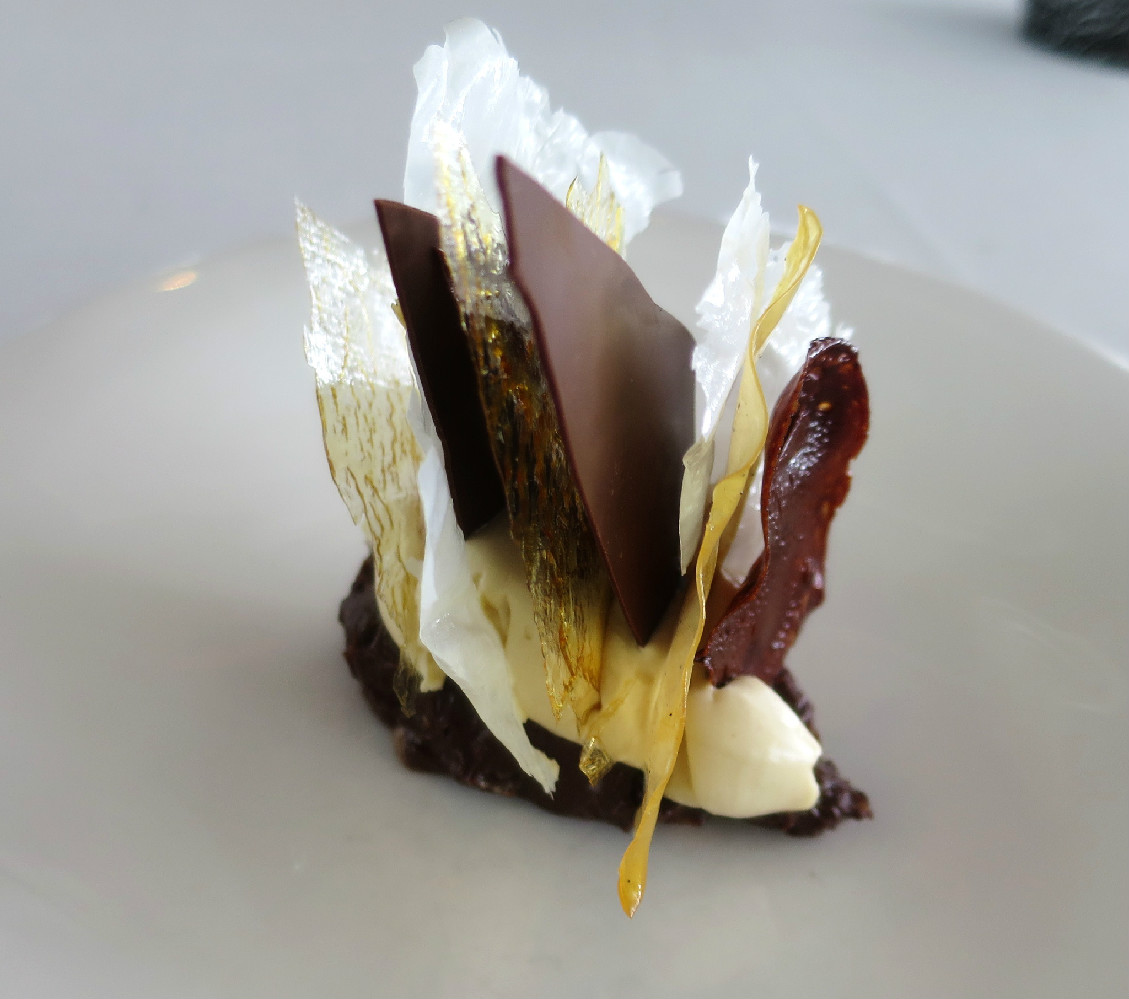 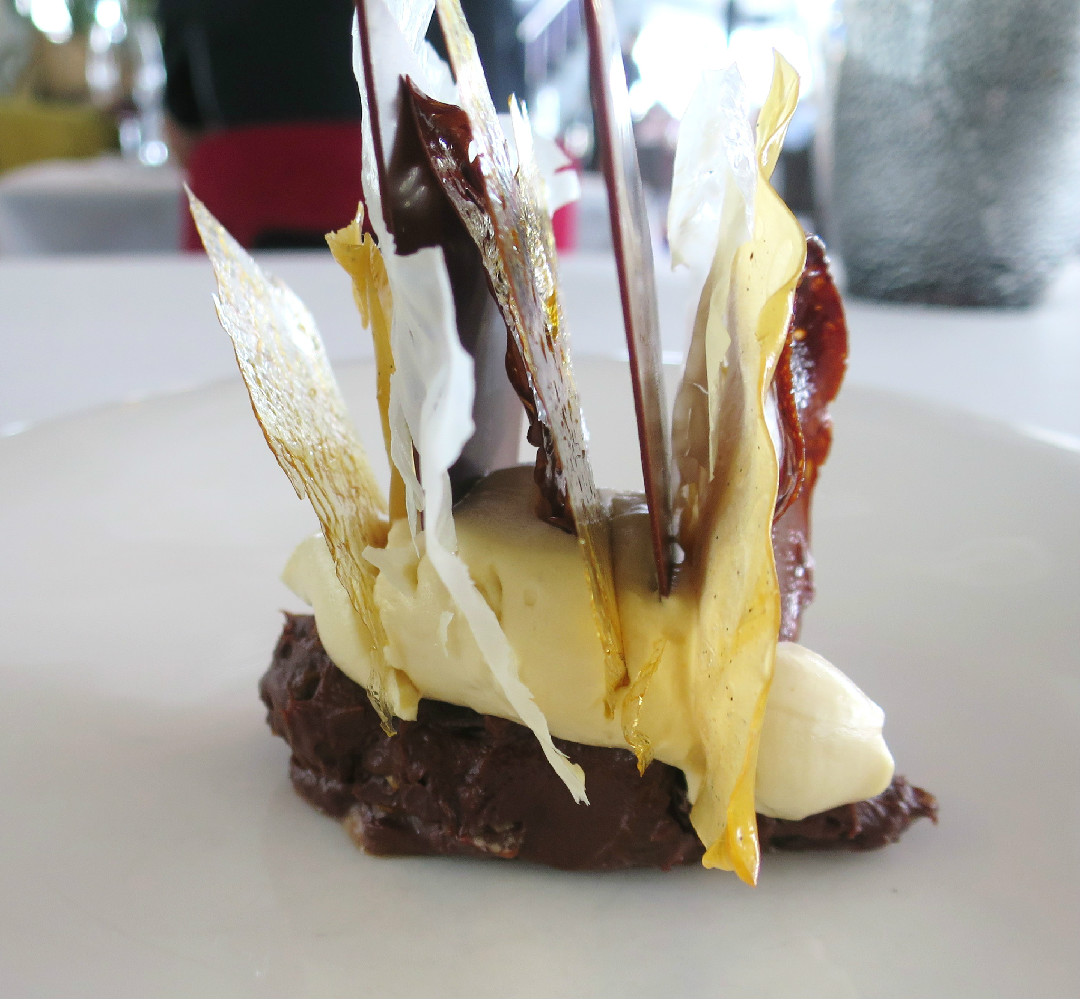 Of the top-rated fine-dining Aussie restaurants I experienced on that trip - the others being Marque, Vue De Monde and Flower Drum - all of which were ultimately underwhelming to different degrees, Quay was the biggest disappointment, with a good many dishes ill-conceived in that tasting menu. Admittedly single-visit reviews carry less weightage than ones based on multiple meals, but as a visitor to Australia who doesn’t have the luxury of cumulative assessments, this is what I felt. The country remains a remarkable one in my eyes, mystic and massive, its great scorched outdoors being an ideal arena for a Walkabout to make his bones. As for its indoors, its restaurant realms to be specific, I’ll wait for the future to show me better chops. 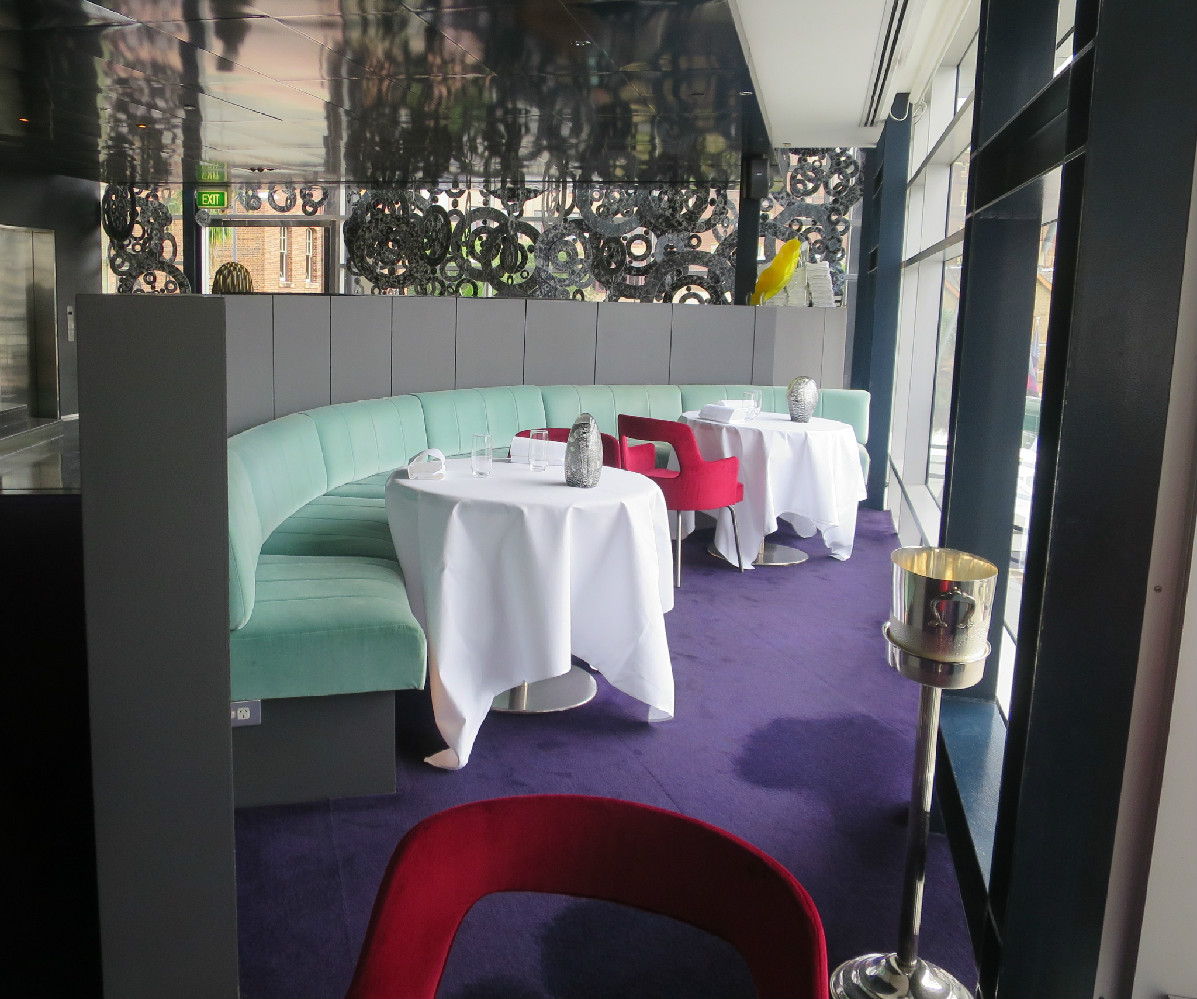 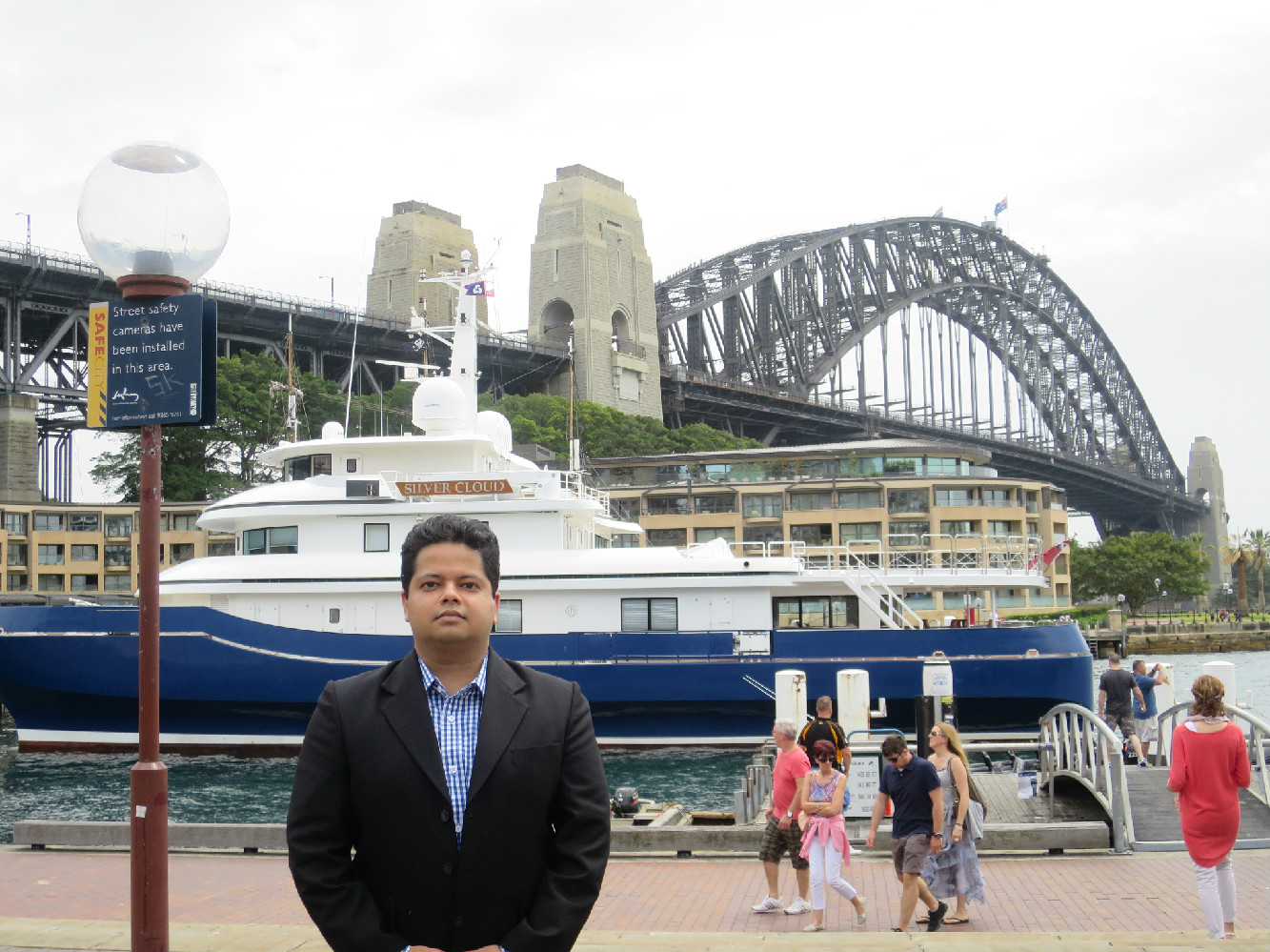