Vegetarian food is criminally under-rated and incompetently rendered far too often ,in most parts of the world. So when one of Auckland's elite restaurants made a beautiful presentation on the front page of their website, declaring that they serve only an 8 course vegetarian tasting menu and nothing else on Tuesday nights, I was stoked. Merediths' exterior resembles its fine-dining competitor on upper Symonds Street. Once ensconced inside, I contentedly munched on a high-quality bread-shell served with an elegant little bottle of olive oil and looked forward to the first course which presented fresh tender cherry tomatoes and peas sprinkled with a snowfall of white chocolate. Delicate keys of piano could no doubt be heard but I was instead looking for a scintillating overture which sets the stage for the rest of the thrilling show. Succulent asparagus with daikon in both granita and au naturelle renditions was then sampled -it's a minor pity when the pretty lass insists on little whispers rather than satisfyingly patent communication.

Ingredient quality had admittedly asserted itself as a definite merit- the onus now rested on brilliant cooking.

The ambience in this small restaurant is a cross betwixt cosy and corporate - black nuzzles and flows over white, and in the room where I sat, a wide window shows the chefs in smooth action .But half the tables there were positioned so close to each other that their arrangement has ripe potential to kill romance and privacy. A wall features a painting that showcases a big amber clam-shell-like shape,and the waitress enlightened me that it's an African motif connoting the "release of illuminaton".

The following course auspiciously mirrored this - 'chick peas,brick pastry and garden trimmings". The flavour gap between a young sweet sexy red-wine reduction and an agreeably unctuous hummus jacketed in pastry, was bridged by an eggplant puree's nuanced flavours. When the wittily named third component of the dish was annointed with these,it gave rise to a contrapuntal rippling current of taste that is the hallmark of an evolved salad - it was the best dish of the evening.

In a play of orange and white, tender-crisp examples of pristine almond were topped with their subtle foam that in turn gave way to a sharp apricot reduction while cuts of carrot were again glazed with orange.The dish was completed by a superbly roasted haloumi - a pleasure to chew and savour as the other flavours danced around it.

The dish which was meant to be the heartiest of 'em all in this tasting menu possessed a paucity of soul and focus. Scrambled cauliflower, creamy tofu, peach slices, a yeast crumble's textural contrast and little licks of apple glaze all still flattered to deceive, like Mitt Romney. Skyward progression was again arrested by the next course which was too earthy for its own good- pumpkin gnocchi was satisfyingly al dente but its depth of flavour was a phantom, while the textures of mushroom and flecks of black rice et al just didn't unearth the required vibrancy. 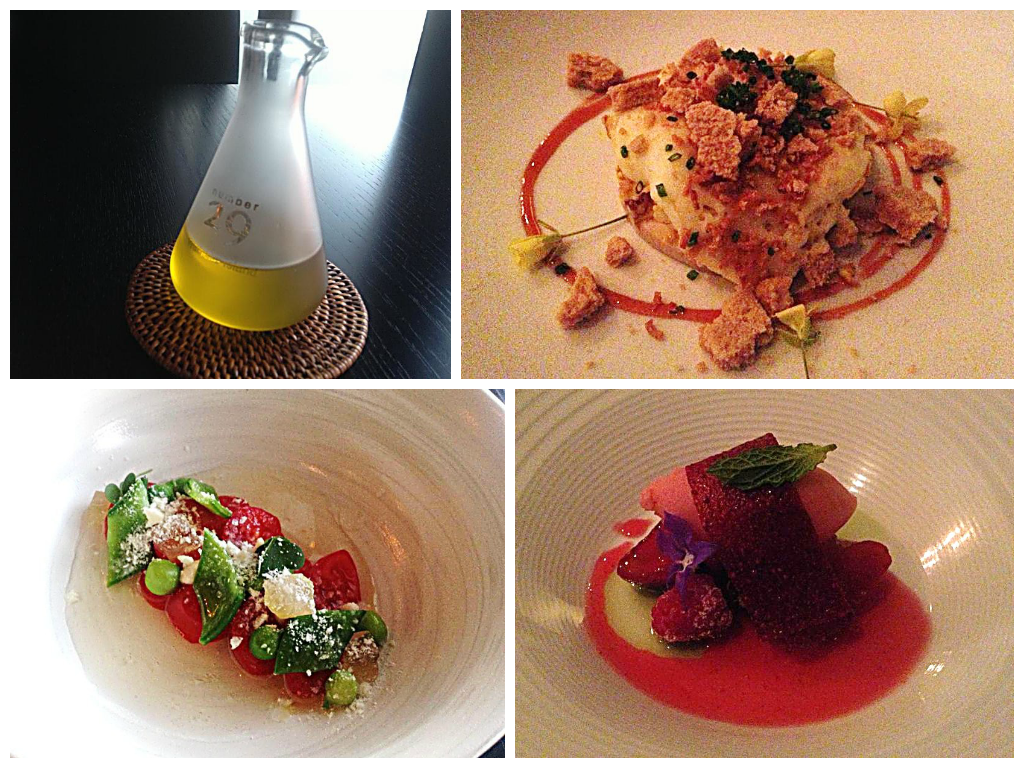 Service (my hosts were Danny- a charming young man, and a young lady who also equal to the keen task though she needs to relax a bit more) was pleasantly competent, it is perspicacious in knowing dish ingredients and there was only one lapse of vigilant concern over the course of the entire evening.

Matters then revved up with a riff on a Samoan breakfast: "Suafa'i "- An exquisite coconut sorbet crowned a mound of granulated aromatic delights with banana cream also jumping in. This inveigling blend was a cool tropical kiss. But in the meal-ending course I didn't fully get what comes after a kiss. On request,the yoghurt had been removed but no innovative supplement was provided- raspberry sorbet was flavoured with beautiful restraint, paired with a selection of fine berries but there was little to cut the acidity.

Did I miss meat? No, rather I missed a wider selection of the same genre. This meal, I will bluntly say, demonstrates why Western cuisine does not understand vegetarian food as well as India does. Rice,noodles,pasta,savoury pancakes and dozens of other delicious fillers could have been employed with inspiration - after all,a vegetarian doth not survive by vegetables alone, and a good many French restaurants should also understand this, in addition to their obsessive focus on fresh, ultra-flavourful vegetables. But at $75 for 8 courses, this is easily one of the best value-for-money experiences in the city's fine-dining scene currently. Chef Meredith was kind and hospitable as I was allowed to personally thank him. Cavils aside,this meal provided sufficient evidence of fine orchestration of flavours and a culinary imagination that definitely merits further exploration. The restaurant's 9 course degustation menu will hopefully gratify that curiosity. 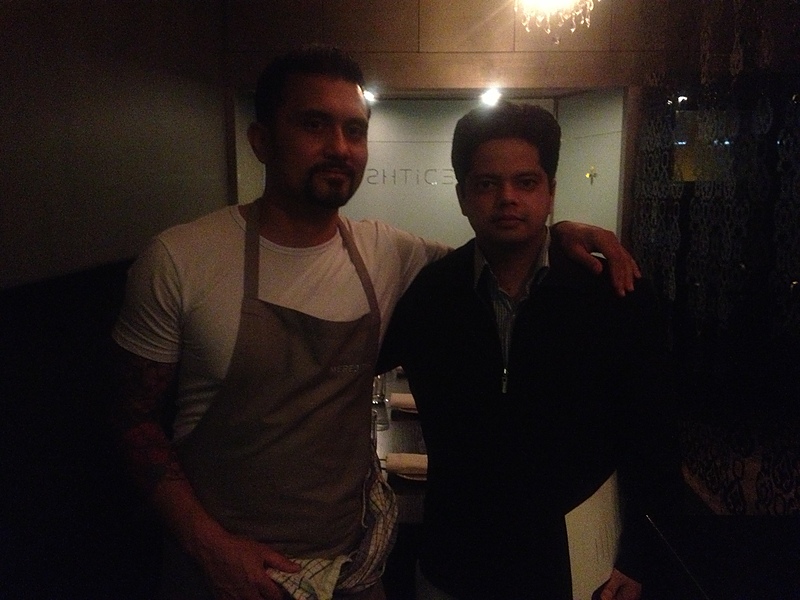