Toto has long been known as one of Auckland's premier Italian restaurants ,and when a Grabone deal popped up, offering a 6 course meal each for two people for $120 (half the price), I seized it with an intention to also order a la carte and thus gain a wider appreciation of this lauded kitchen's chops. We entered the restaurant with a reservation beforehand, and a table right next to the entrance was given to us, and the extra chair which was needed was pulled up from a nearby table. The influence of a subsidized meal may have played a part in our thankless location in the dining area, but it may be kept in mind that by the end, our anticipated tariff including extra orders and $10 per person charge for the special Saturday-only opera night, had reached more than double of the Grabone deal price.NZ Herald says that this restaurant interior- with its wood, candle-light and countryside elegance- is "casually majestic",but from where I sat, the view looked more like a wayside inn.We hoped the food would placate.

Tuna carpaccio- You could barely taste the tuna, but that is not a serious complaint given how beautifully light this course was. It had a refreshing sweetness though the brunoised pumpkin should have been less al dente in order to better fit into the soft symphony of it all. Starter secondi - leaving a prawn in its shell confers the advantage of retaining its juices, but its a real chore to eat it this way,moreover this in-situ appearance is arguably repulsive.But the zesty meat of the banana prawns coupled with smooth cauliflower puree and hints of roasted garlic made for an enticing syncytium of taste.

The din in the restaurant meanwhile had ratcheted up. It seemed the arrangement was ideally suited to a couple not talking to each other- first the noise of the crowd blots out much of your voice, and then when the opera begins ,you are again obliged to be silent. Anyway, the opera was an undoubtable highlight, with two rounds of it and a break in between as the lady singers occasionally wove their way betwen patrons while letting their sopranos saturate the place.The singing can be lushly romantic and has ripe potential to transform the nature of the evening. The first lady looked the part, the second one was voluptuous by sight too and both entertained us amply with their soaring arias.

A wintry warmer was then presented to our table in form of high-quality excellently cooked salmon with chick peas and spinach but all this could have been lifted some tenors higher by sassier seasoning. An la carte choice of baby calamari did not transcend its age,but 'twas generously portioned and had the required slickness, crunch and wafts of marine phantasms.The second a la carte choice of gnocchi, prawn and vegetal bits had good ingredient quality but simply didn't construct cohesive joy.

Service, especially for what ought to be a classy joint, was average, lacked warmth and the waitstaff's presence at the table was hurried. There were sporadic positives, like a delayed but spirited refilling of glasses and endeavours to reposition out-of-place napkins but we were never asked about our state of satisfaction, while they did ask whether we needed a wine encore. I found the crowd to be a wonderful mix of interesting, photogenic, young,reflective,middle-aged,animated and generally charming ladies and gents mostly of European extraction.

The degustation recommenced with Duck Tortellini that was boldly al dente, balanced by an unctuously smooth filling, and surrounded by an enjoyably buttery mushroom ragu.
Venison - I could not taste this dish in its entirety but sampled enough of it to attest that the thin slices of this were a textural success with the protein lending itself gladly to the influence of its accoutrements.Our last from-the-menu choice was the kitchen's biggest mis-step that evening- a mixed seafood risotto that capsized our expectations. The rice was undercooked, the sauce base lacked smooth finish, the cockles and octopus failed to find their depth while the only redeeming feature was sensuously soft snapper. Considering how filling the quantity of this was and how underwhelming its quality, this is the type of dish that disappoints you while leaving no space to taste its atonements.

Moving on, I liked the style of Mr.Calvin the maitre'd, a beefy middle-aged bare-scalped suit-clad gentleman who attended to us with chummy efficiency and alacritous confidence. Satisfaction continued with dessert -Autumn fruit strudel was pleasant enough, but the real alabster orb of the show was the cinnamon ice-cream. The said essence with its inimitable deep whiff of integumental perfume, and spice wedded to sweetness, had claimed the soul of that cool creamy dollop in complete but perfectly restrained style. Toto is unquestionably capable of making fine food, but considering all restaurant parameters it falters in attention to exacting detail,and that applies to the food too. It occupies an uneasy niche between being a bustling bistro and a fine-dining joint, titling more towards the former and dangling occasionally into the latter realm.Our pleasure that evening, was in toto by half. 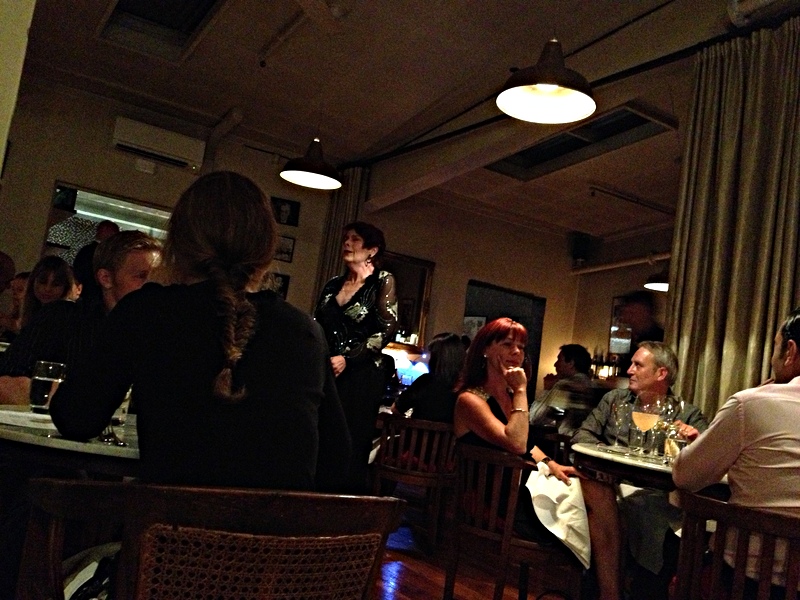 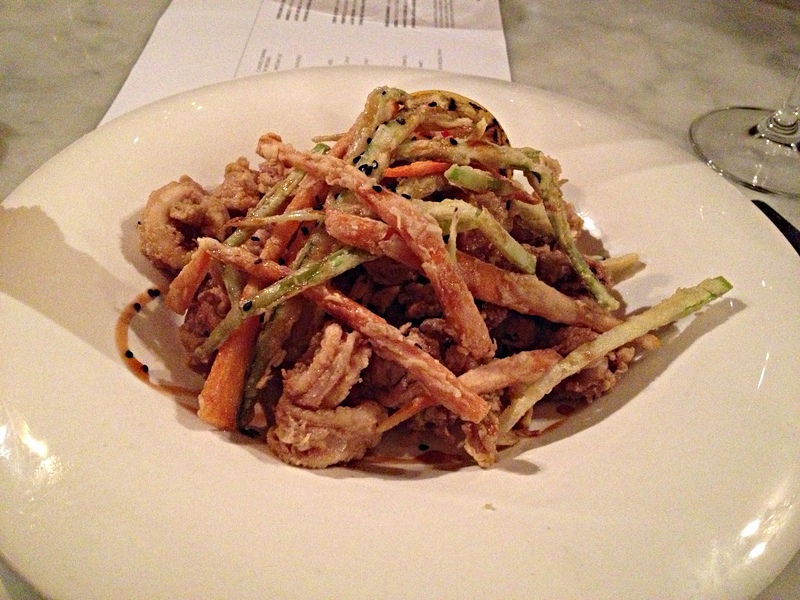 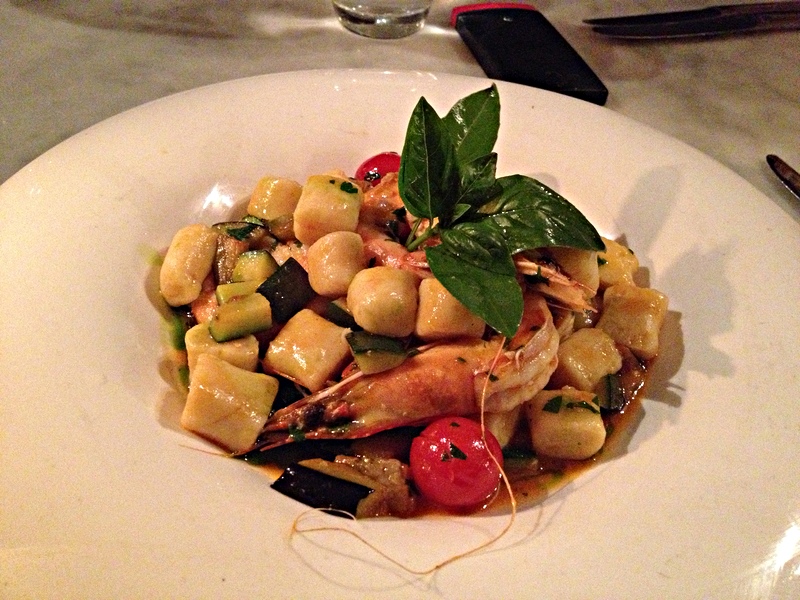 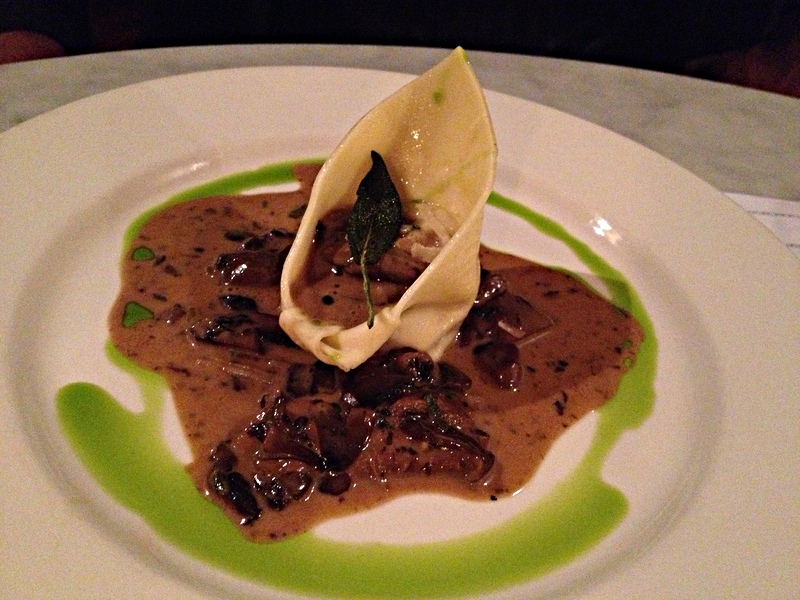 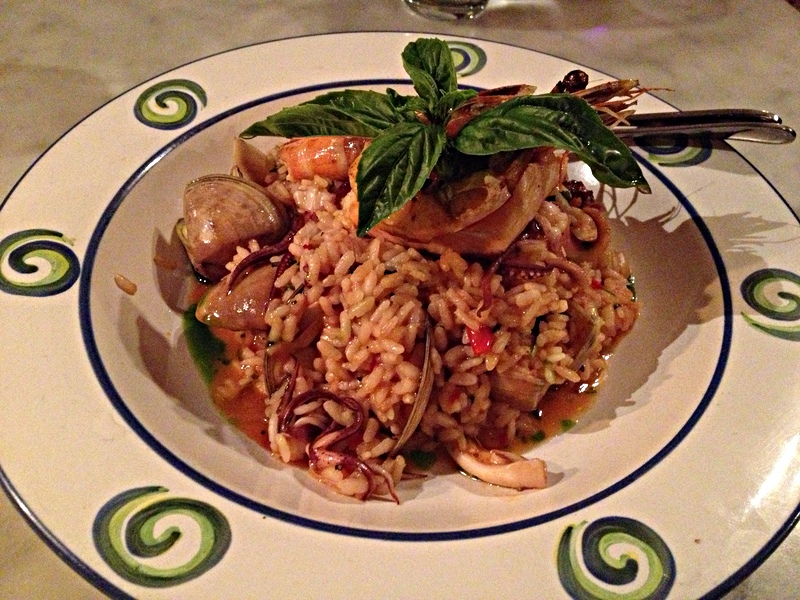 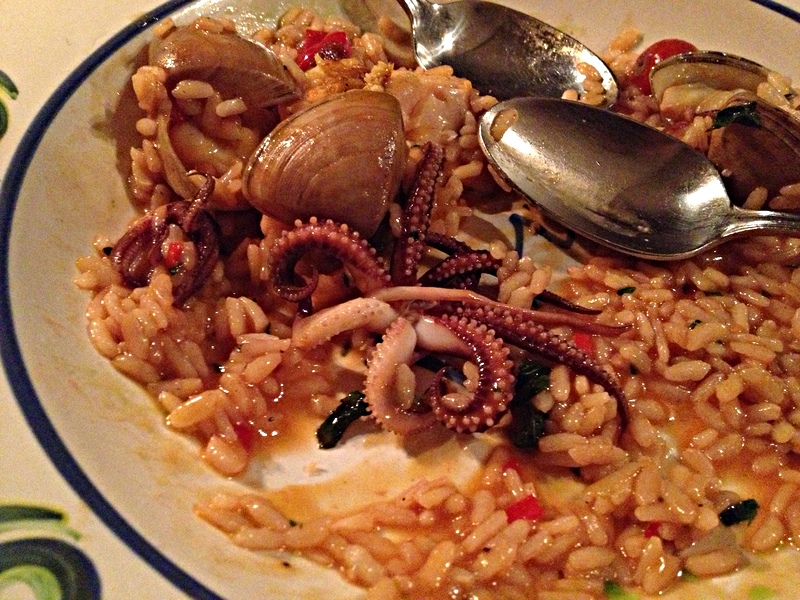 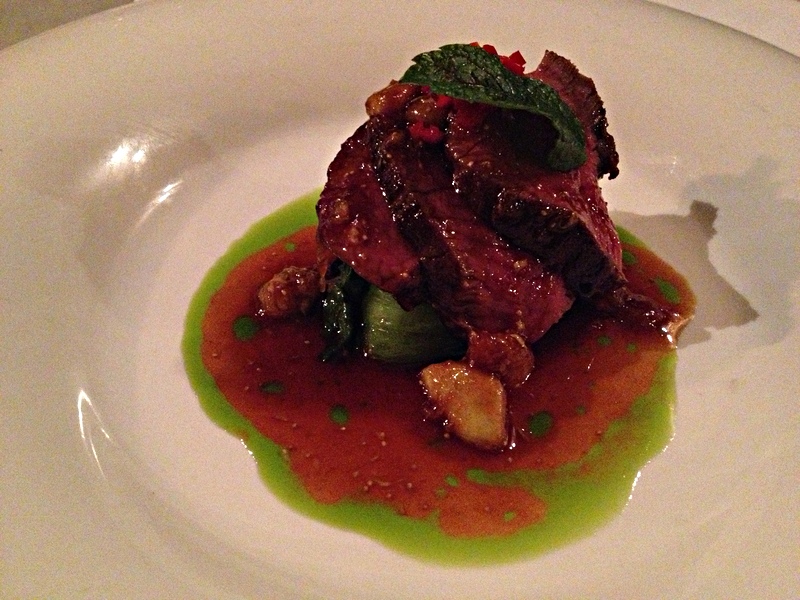 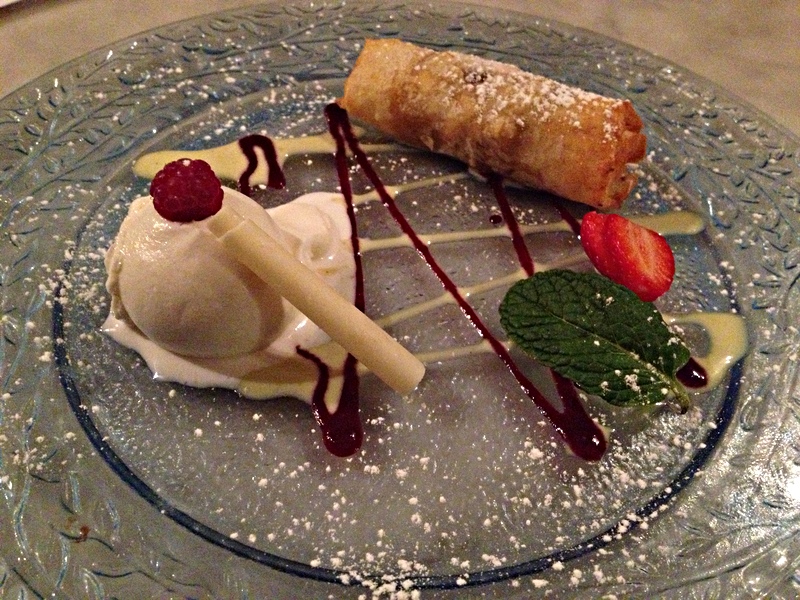