Tatsumi's Traditional Vs. Modern fusion cuisine model, along with a Gift voucher from Zomato made me eventually try out their degustation menu. Natural calamity had seen a reluctant relocation of this much-admired restaurant from Christchurch to Auckland in 2011 and one is glad to see that they have adjusted well to their current city. My meal kicked off with a 6 in 1 Appetizer - none of these blew me away by their taste, but they engaged me with their variety- beef tataki, tempura oyster, ling fish in a sweet marinade, duck in miso, salmon avec wasabi mayo and tuna jelly. This give-good-value populism also upped my expectations. But they dimmed by the next course- a delicious blend of miso-butter-'n'-white wine and tender cream-anointed bok choy both outshined the main player- "pan-seared" scallops that suffered from a dire lack of caramelization. 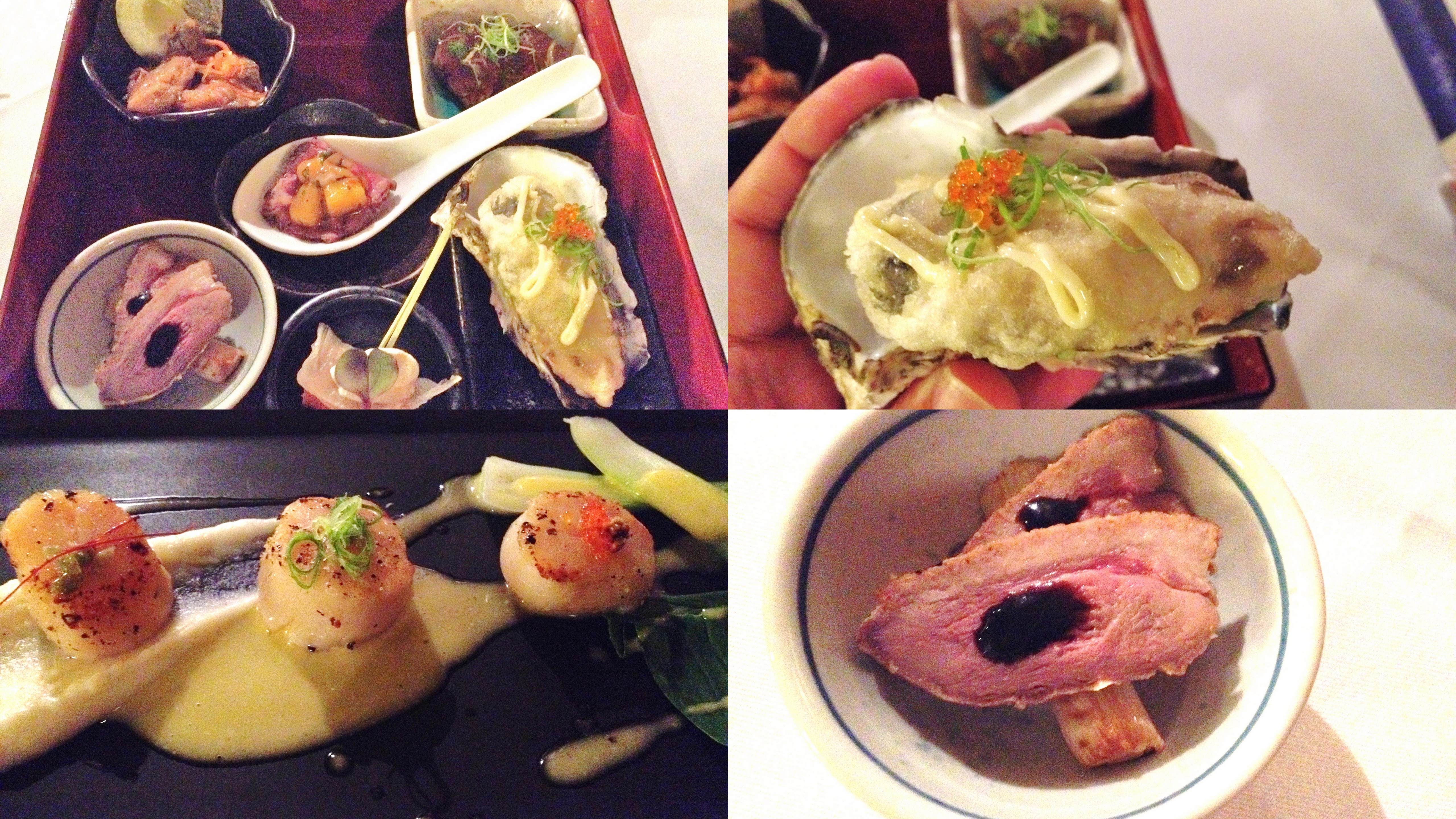 A quick visit over a year ago to this reasonably priced restaurant with a fawning friend had me neither stoked nor gutted by their Crispy skin salmon teriyaki so this time I hoped for genuine pleasure.Tatsumi's au naturelle salmon isn't fabulous but slowly chewing on it ensures a better chance of its mellow full flavour being released -its the melon of the sea. I saw no point in the sharp piscine tones of the trevally being served as sashimi. The Nipponese go nuts over O-toro (super-fatty tuna) fishing it to near extinction but the lean tuna served here barely had flavour -its purple flesh was a chore to eat. Salmon was easily the best of the three sushi pieces, with its toasted accoutrements and silky soft rice quickly disappearing after a few bites. Scampi sushi tasted mainly of pre-added wasabi, thus betraying a lack of planning in the delivery of blended taste which was further evidenced in the listless maguro variety.

Sashimi presented in a beautiful box.

But the place offers consolation with its gracious obliging service and an elegant decor that contrasts liberal glossy wood and glowing lights with a concrete ceiling that sports a "branch-chic" design. 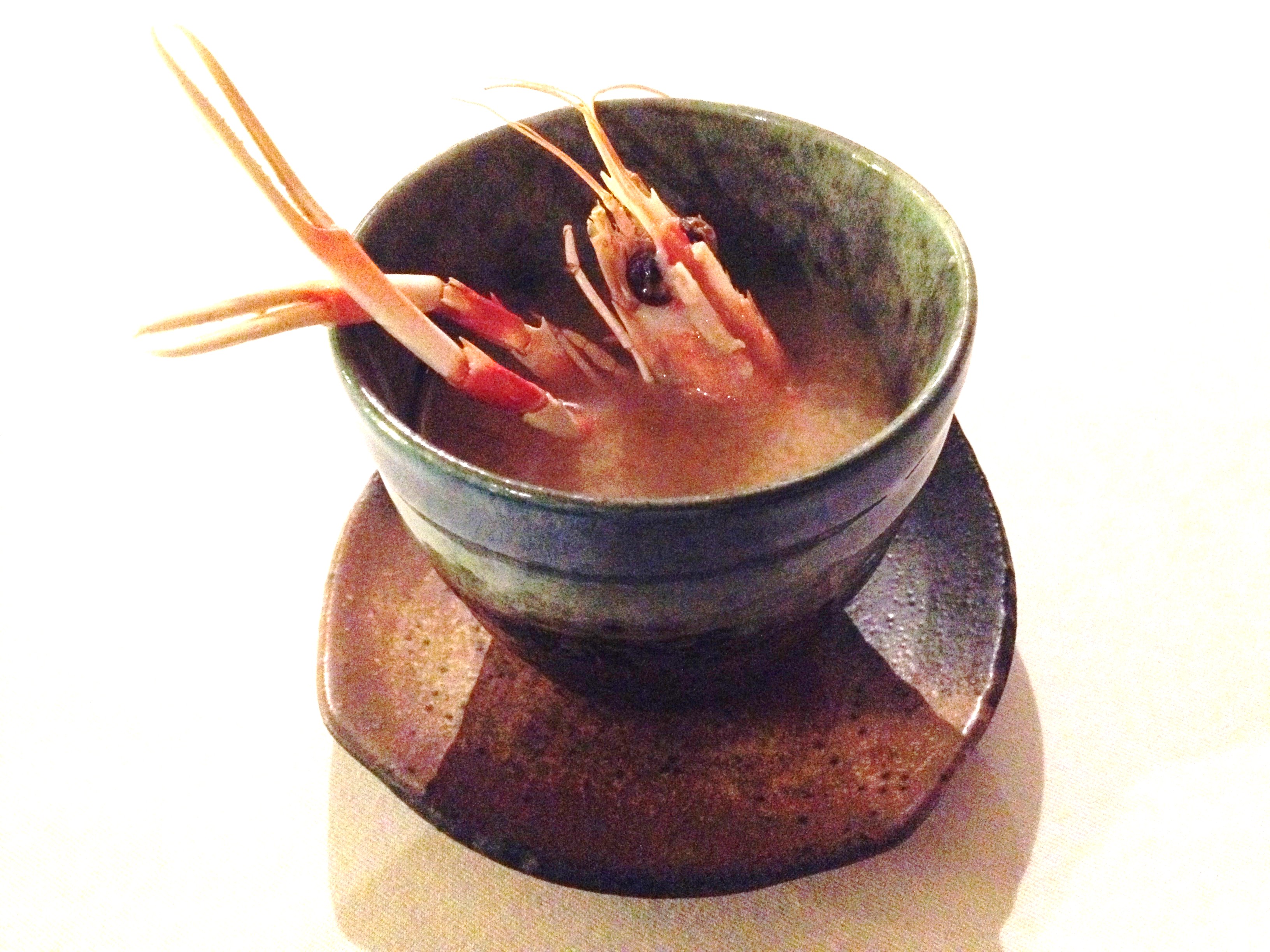 Scampi Miso soup was served in a cup with the crustacean's eyes and head poking out of the soup, and its antennae and thin claws sticking out of the cup -enough to send a vegetarian Scampering away by its sight alone. Slurping it after you come in from a freezing famished winter might mitigate your complaint, but in better fed times you'll realize it lacks tasty incorporation of the seafood essence. Smoked Venison had middling taste and texture: superseding ordinary purees of beetroot and cauliflower, the best flavour on that plate issued from the corner where a sweet soft juicy tomato compote nestled. 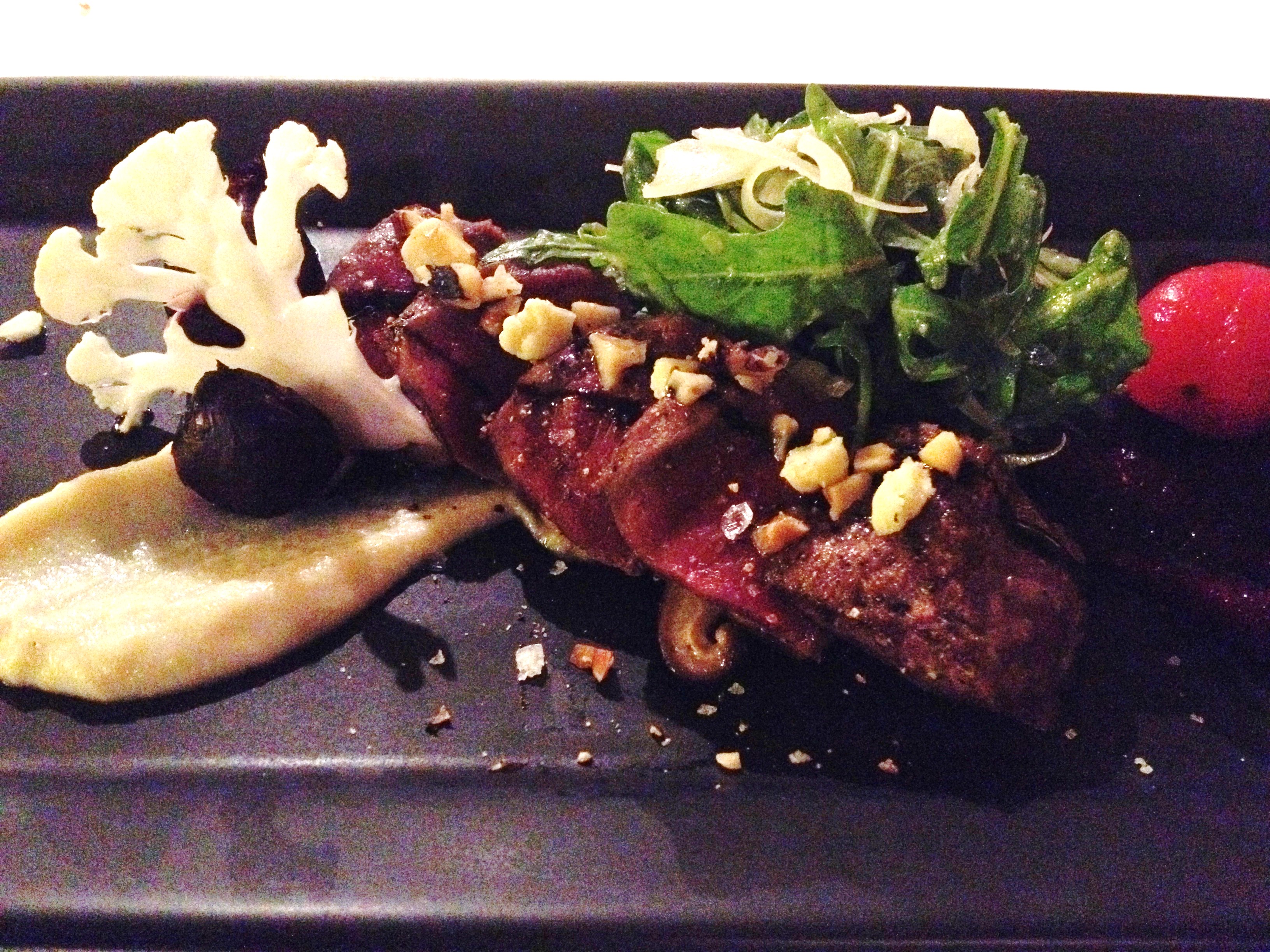 Even home-cooks in TV competitions are expected to make their own ice-cream, which is why Tastumi's decision to feature "Kohu Road Ice-cream' in 3 separate desserts is eminently ill-advised. Anyway I bypassed Yuzu Meringue tart, and Black sesame creme brulee, based on my kimono-clad hostess' recommendation that no other restaurant in the city offered Tatsumi's unique Green Tea Fondant. Theoretically it seems a smart idea for a cool green tea reduction to spill out of a cut fondant, but no such nicety ensued- the ho-hum fondant ensconced a cream that clung to its insides. 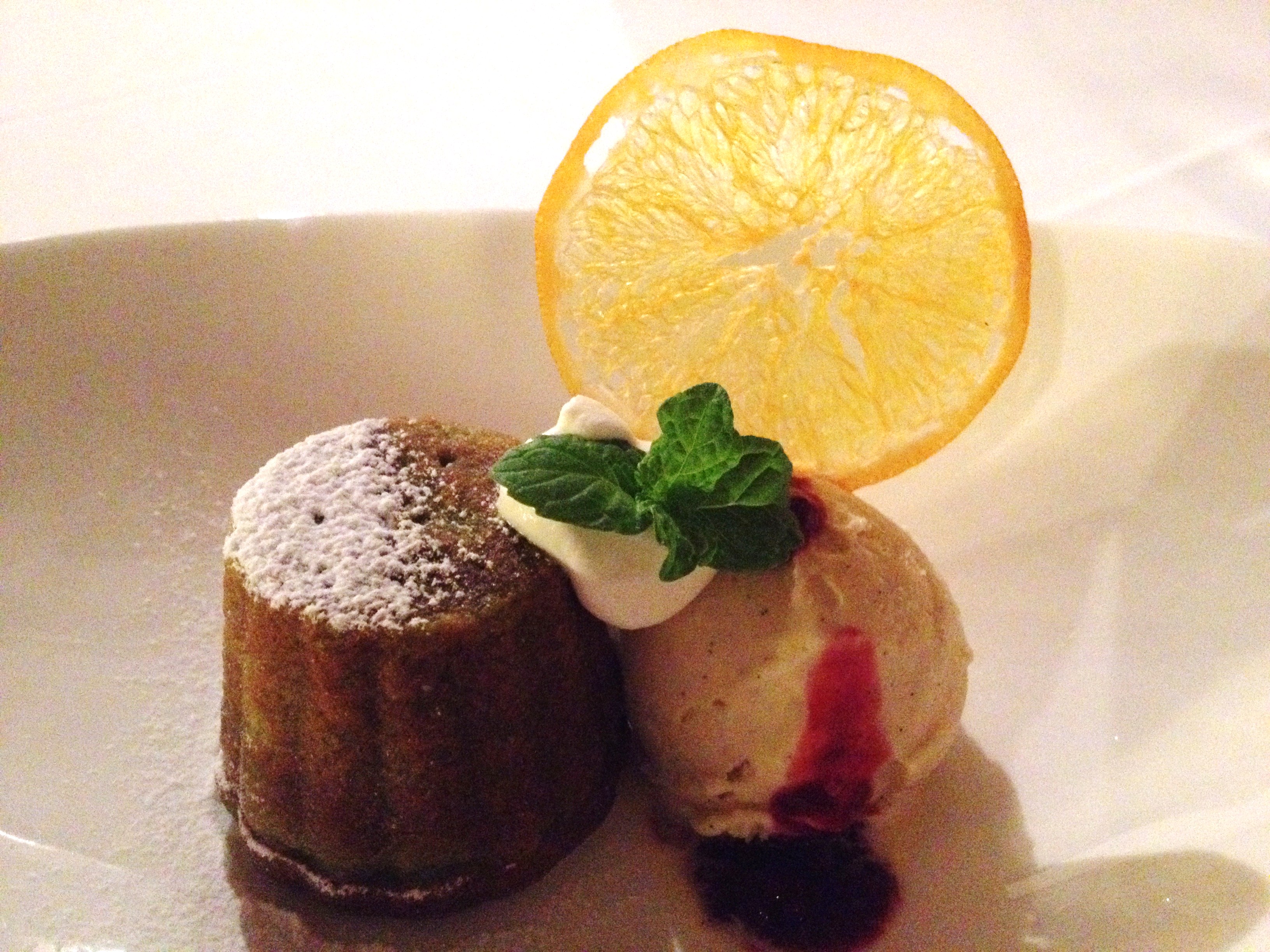 If you're distinguishing your kitchen's offerings as a " uncomparable (sic) fusion of traditional flavours and contemporary cuisine" as their website puts it, why put both sushi and sashimi as 2 separate courses in a 6 course menu ($80 per person), thus leaving less room for imaginative fusion? Technical oversights and consistent lack of delicious dishes left me dissatisfied despite the sweet smiling service. Has complacency seeped into this kitchen? There may be some doubt there but its indubitable that Tatsumi needs to elevate its culinary focus and ambition by several notches if it is be counted in the big leagues.