You run after chicks, but you sometimes don't get them. It's okay, it happens. Moreover, the wise say that if you wait and plot smartly, the chicks may voluntarily venture into your coop. But I knew that neither the chicks nor the ostrich nor the deer nor the wasabi caviar nor the fired almonds nor the artichoke ice-cream of Sidart restaurant would come anywhere near me unless I staked out my space there. A dozen failed attempts at reservation last December,and after a couple this year (the determined know that successive New Year resolutions remain the same) ,by a minor miracle I found myself sitting in Sidart's compactly elegant dining room that is coloured by dark brown, biege and off-white, and whose post-meridian windows looked out over a bed of home roofs,distant foliage, long fly-overs and storied buildings in the yonder. First gear slid in, by virtue of a wonderfully smooth and delicious Nevis Bluff oak-aged Pinot Gris 2010. The bread was solidly French in its textured but pliant character, and partnered with a luxurious quenelle of oyster cream.

The Nordic elemental superstar-restaurant Noma influences Sidart in more ways than one. Senor Sid personally delivered the first course- an admirably democratic departure from the seclusionist tradition of his colleagues in other NZ restaurants. An exquisitely escalating piano played softly through the piped music when this was presented -and the food mirrored this pattern with its enchanting mango creme, purple celeriac ribbon,spiced peanuts and what-not all conspiring on a coddled but worthy heir to these treatments- Kingfish tartare. This dish also reflects how the associates here can sometimes elbow out the main player. Its successor promptly reversed this concern- again there were half a dozen accoutrements on the plate but the roasted cylinder of soft polenta rode through all of these like a smoothly whirring sedan. I gazed around at the dining room filled to capacity, with each and every diner having the same 5 course menu -the only meal on offer for Friday lunch here.It is priced at $50 all inclusive for its five courses- which struck me as the very definition of spanking good value.

The pre-main was a base of creme fraiche mounted with a frolic of textures - the Asian staple of rice is engineered into the international snack of Crispies; Carrots are grabbed, shaved into resplendent scarves and persuaded into purees, and if you crave aromatic crunch too, this is kindly supplied by crumbles of brown butter.

On the table was a water glass that curved sideways, like the refracted version of reality that Sidart aspires for. Like his nouvelle cuisine brethren the globe over, Sahrawath passes the traditional French cookery model through his magic machine and out comes an altered algorithm of restaurant food. Instead of au naturelle shapes, we get ribbons,sculpted slabs, crackers-'n'-cremes and flavours delivered in five-in-one blends. He thinks nothing of depositing chorizo, wasabi foam and sly bits of sesame laddoo on the same plate and asking them to be friends. What came next that afternoon was the softest breast of chicken that I've ever eaten - if everyone started cooking this bird as tenderly as Sidart does, it would soon go the way of the Moa. This visually ravishing dish was elegantly accessorized with bold emulsions of water-cress and squid ink.

Service was excellent and paid attention to detail; my hostess Amanda sported a perfect mix of cool professionalism and youthful charm.As an able finisher, cardamom cream brought sudden sharply redolent memories of temple offerings in India, and the rest of the dessert plate was also sanctified by a delightful pear sorbet, a confident hit of choco mousse all of which you could complement with petite cubes of butter bread. I didn't expect too much from this compact meal, but afterwards it had to undeniably admitted that this is high-wire cooking, charged with a most pleasant electricity.I dare to hope that the Test Kitchen and Ten-course extravaganzas will eclipse the formidable caliber of this lunch. No stranger to much lengthier repasts, I can say that this meal was only five courses long, and additionally limited by the merciful edicts expected from lunch as opposed to full-on dinners, and yet Chef Sahrawath & Team composed what ranks as one of the finest restaurant lunches so far in my NZ life. 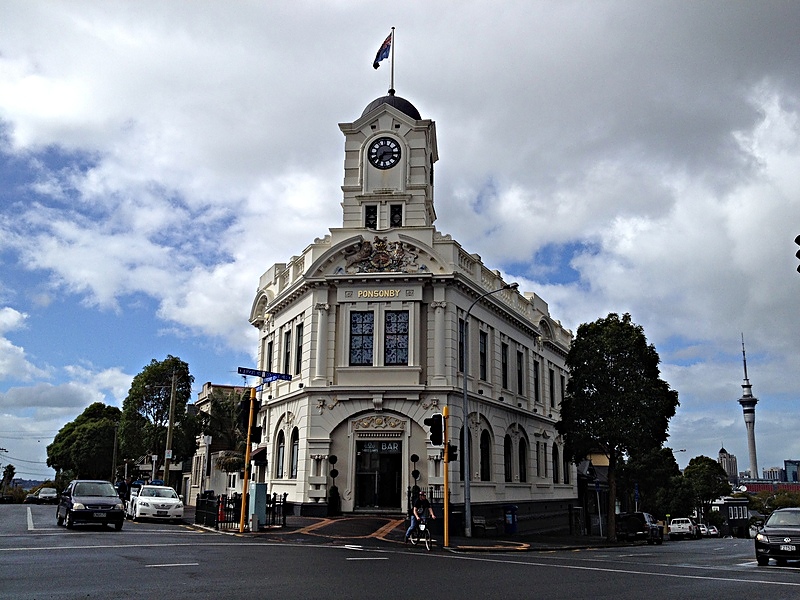 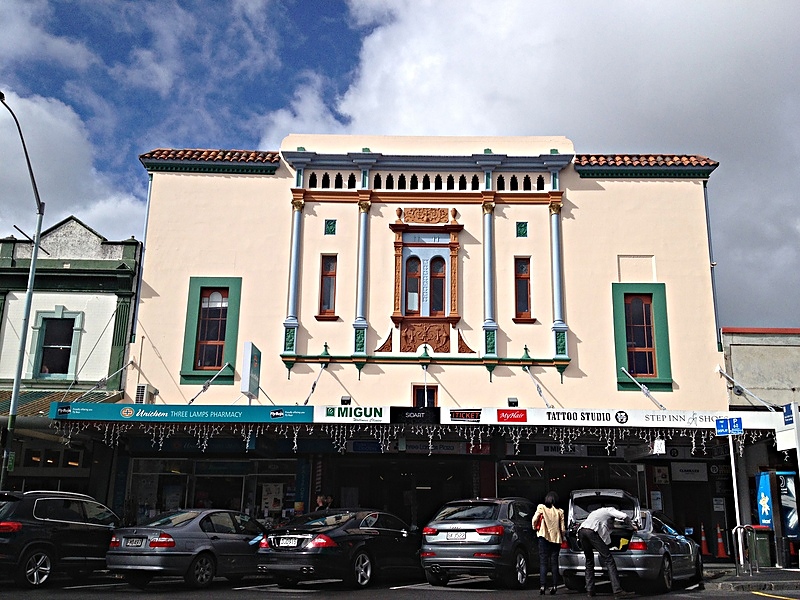 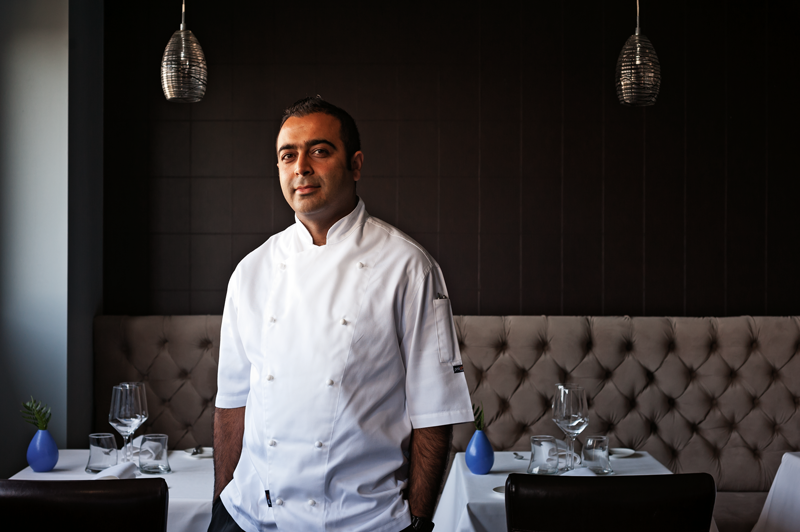 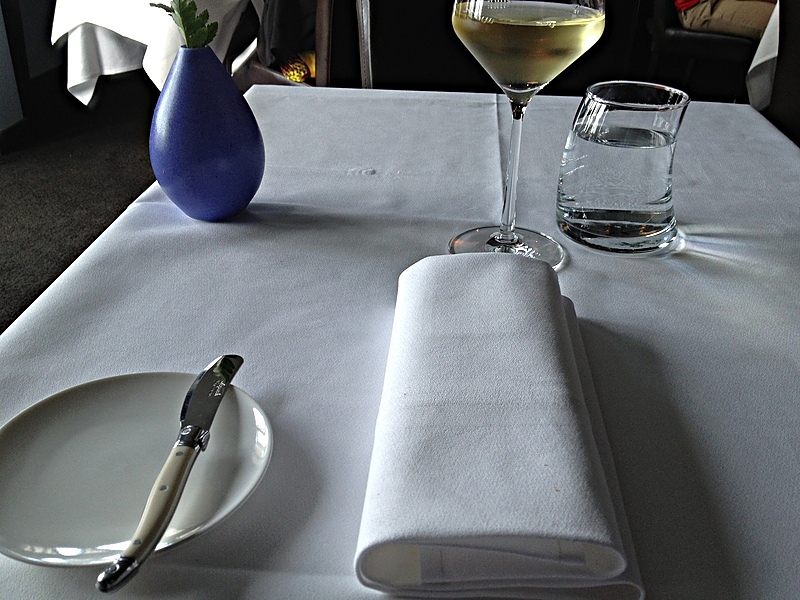 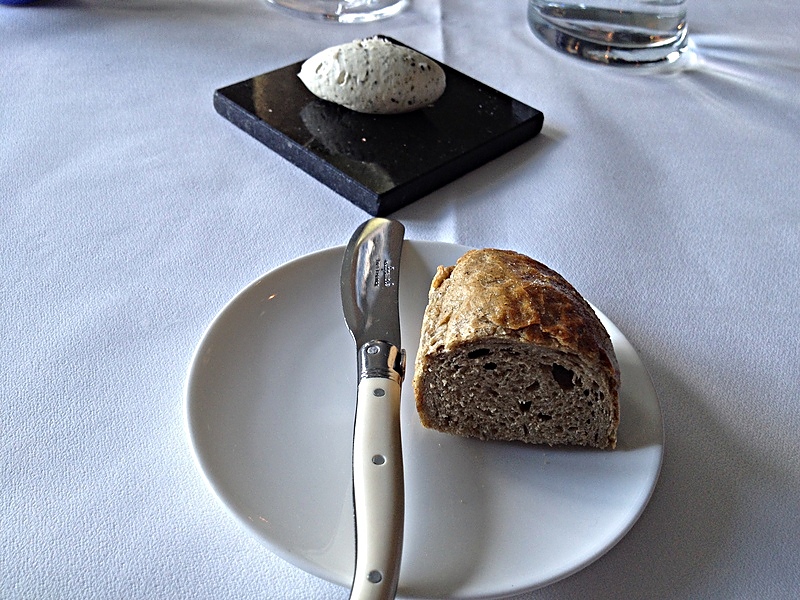 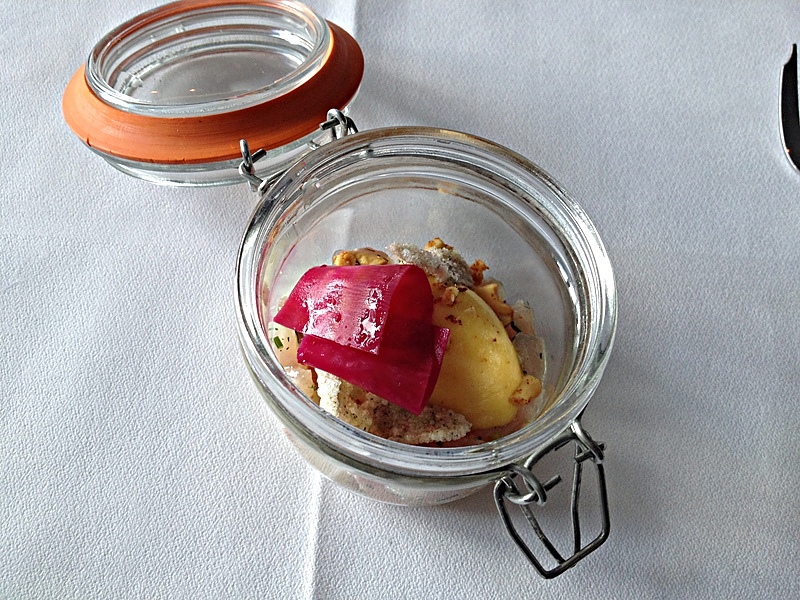 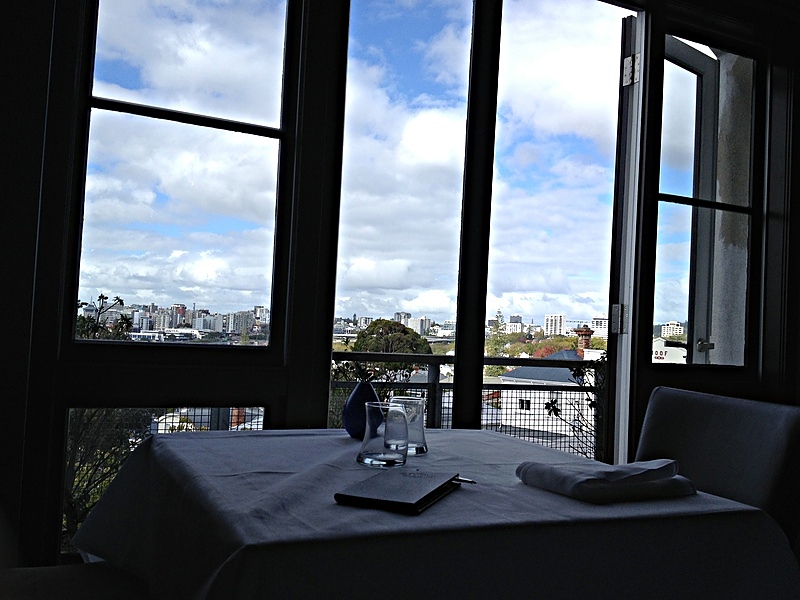 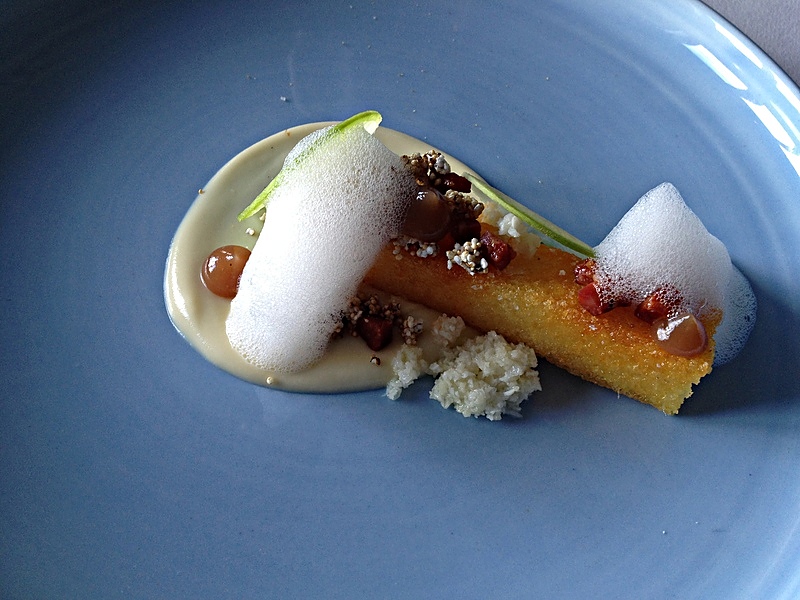 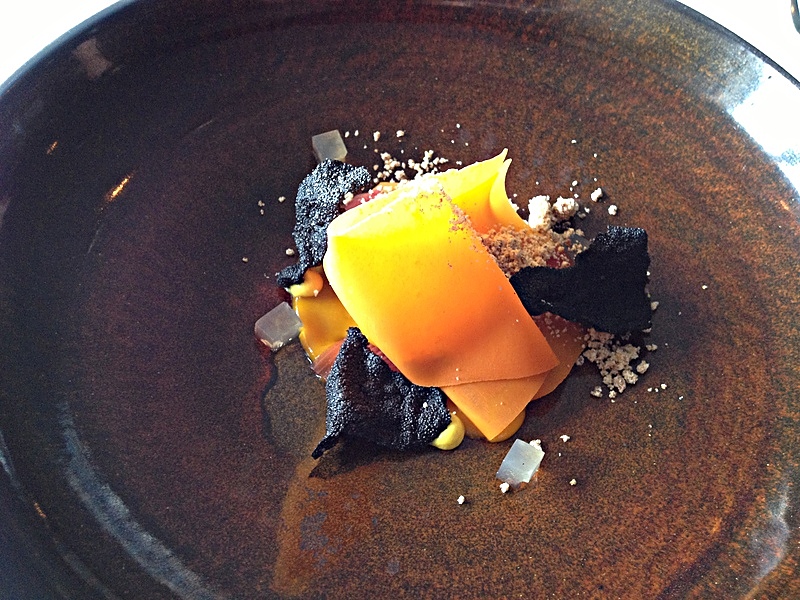 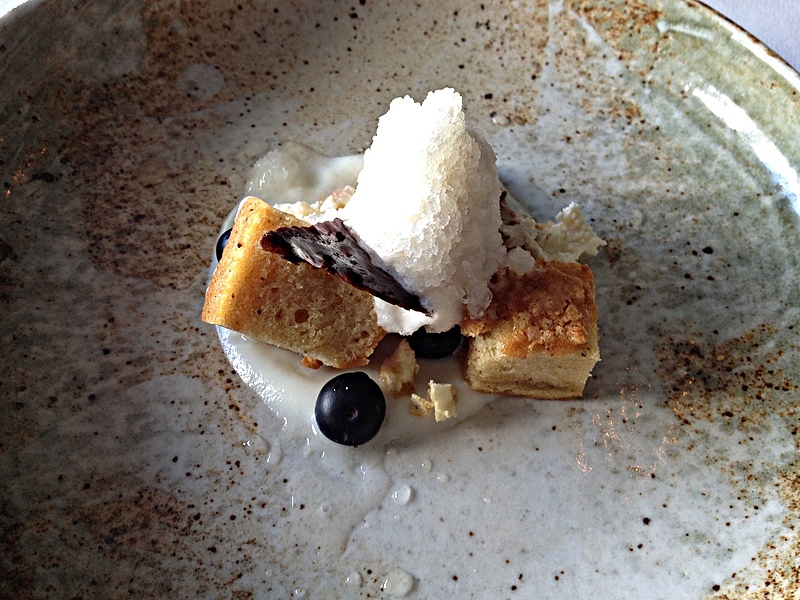 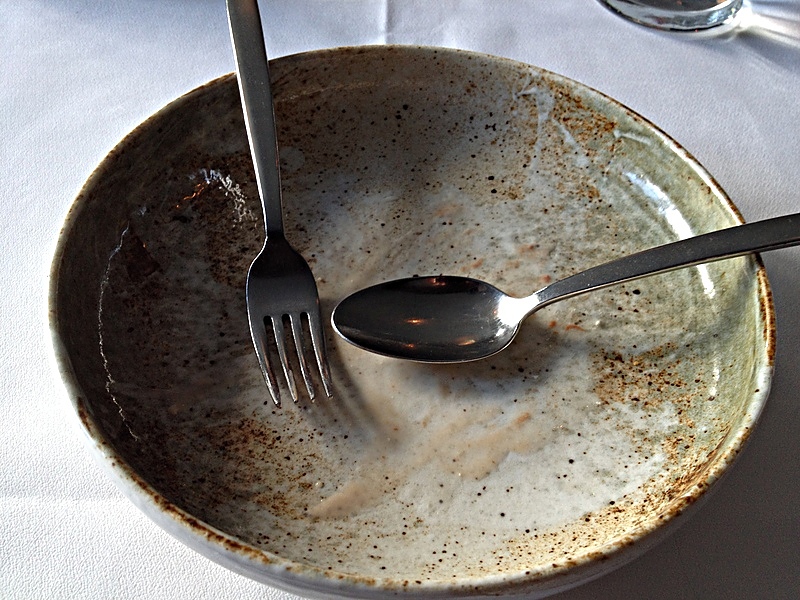 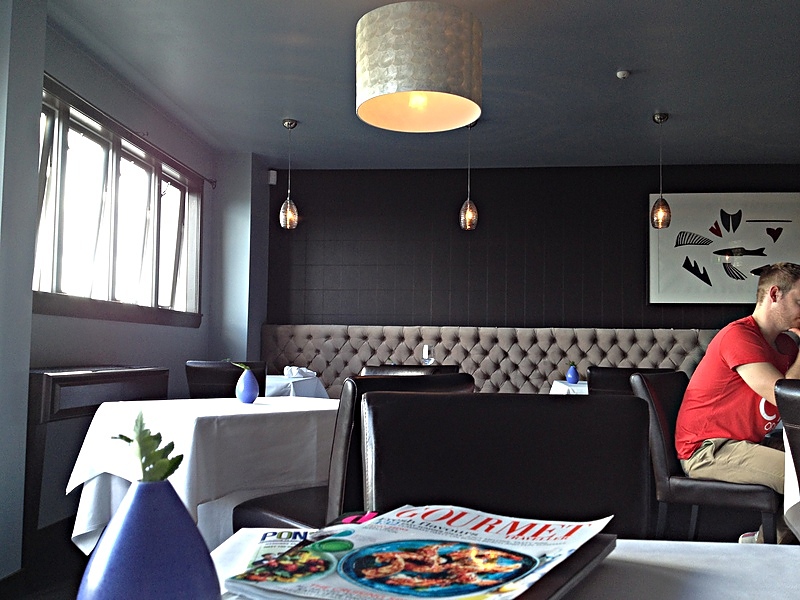 Next 3 pics- On the way back 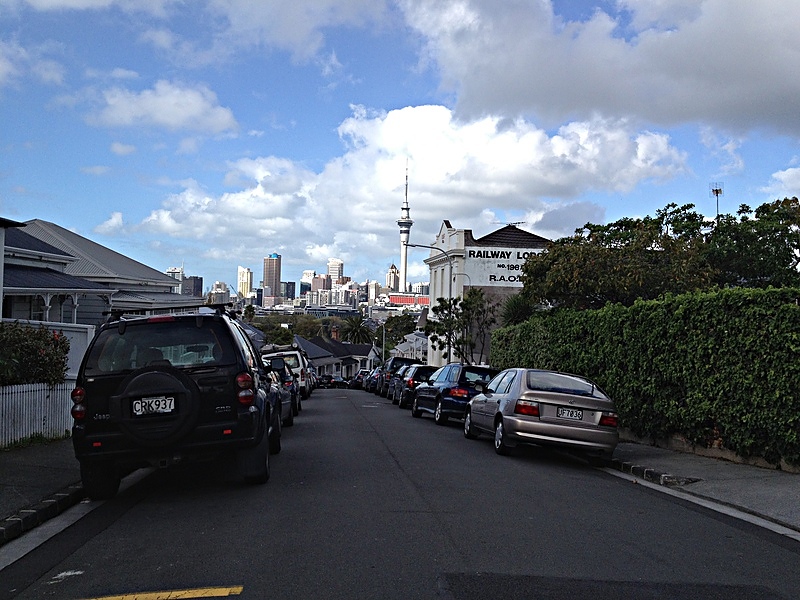 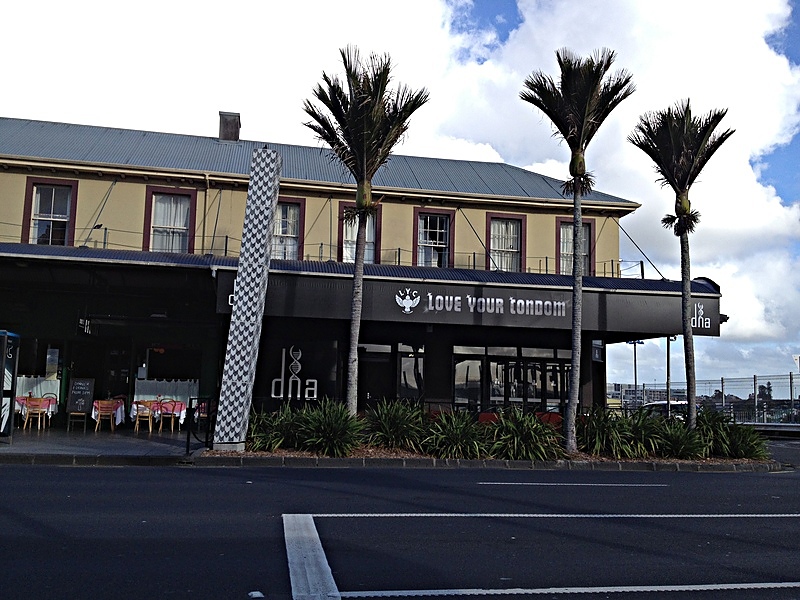 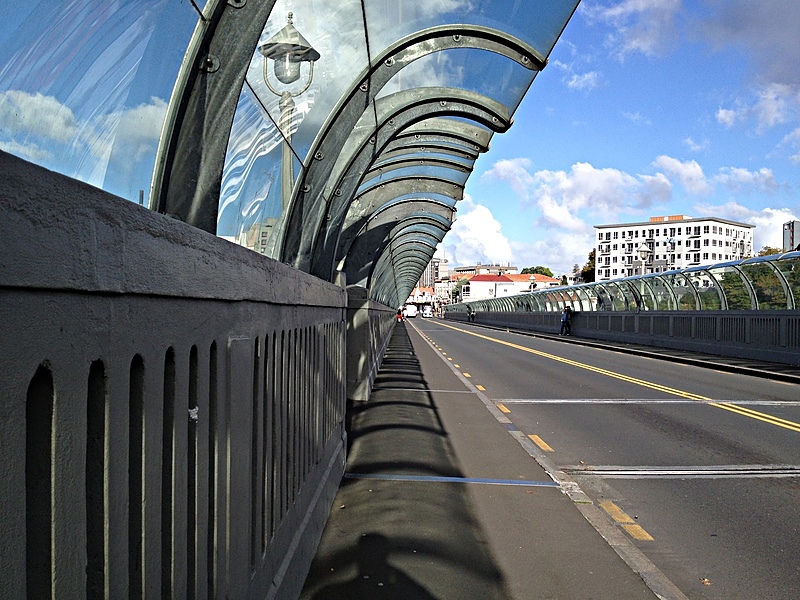